George on Georgia – DeKalb has fewer than 600 active police officers. That’s a problem.

George on Georgia – DeKalb has fewer than 600 active police officers. That’s a problem. 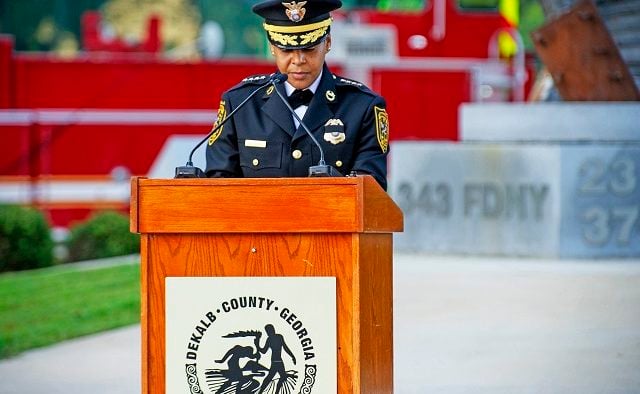 Two years ago, people marched in the street, calling for the power of the police to be curbed. Criminal justice reform shaped the 2020 vote. The institution required reform and accountability, we heard.

All of that remains true, I think.

But the human beings who serve as police officers have reacted to this call for accountability by voting with their feet. Police departments large and small across the country have endured a persistent recruiting and retention problem as cops quit, either to find private sector jobs or work as officers in systems with higher pay or fewer perceived constraints.

And DeKalb County appears to be among the worst hit of them all when looking at police departments of its size in the United States.

I’ve been wrestling with DeKalb County’s police administration for actual staffing data for most of the year. The county has regularly stonewalled and delayed and ignored requests for detailed information and follow-up requests for clarification. A couple of weeks ago, I received what I am told is the final, comprehensive count of sworn officers by name and position. It is incomplete and mixes sworn and non-sworn personnel. But it says enough. 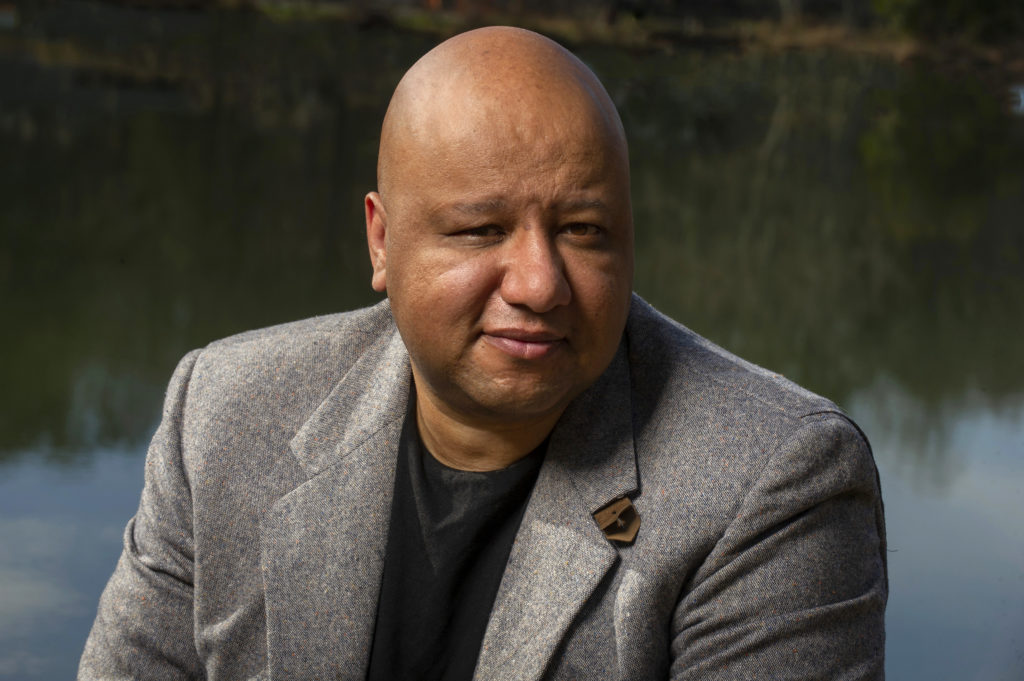 DeKalb has fewer than 600 active police officers on its staff, even though the county just graduated a class of 10 recruits. Of those 600 or so officers, only about 330 or so are serving in its patrol division, answering 911 calls.

DeKalb County is budgeted for 798 officers and claims an “authorized” strength of 860.

On a typical night, a precinct covering 125,000 residents in DeKalb will have no more than a dozen cops answering calls. The average is about nine. Some days it’s six.

DeKalb has been combating this with pay raises. A police recruit makes $50,500 now, with a $3,000 hiring incentive. POST-certified officers make $52,000 now. The raise in August gave DeKalb the highest starting pay of any large agency in the region. DeKalb’s starting cop salary is up on the Atlanta Police Department, Gwinnett, Cobb and others by a couple thousand dollars a year.

It also began offering an unprecedented increase in overtime compensation. Officers in DeKalb make triple overtime pay, said Michael Thurmond, DeKalb’s CEO. “The morale is higher than it’s ever been since I’ve been here,” Thurmond said. “The difference to me is that is higher than it did in 20 years right now.”

But Thurmond acknowledged that smaller departments in more affluent communities like Roswell can offer higher pay in ways that DeKalb can’t compete with.

Experienced officers are looking at many different factors when they’re choosing where to work. I spoke with two researchers at the American Society of Criminology conference last week about DeKalb County, police recruiting and the politics of criminal justice reform. Departments across the country have been bleeding talent for years now, and that problem is likely to hit larger urban departments like DeKalb first and worst, said Dr. Ian Adams, a former police officer and professor of criminology and researcher at the University of Utah.

“You have more calls and fewer officers. What happens?” Adams asked. “Well, that’s more work pressure on the remaining officers. The agency starts doing mandatory overtime just to just to try to keep things afloat. This drives down morale up, drives up burnout. Now people are more likely to resign and go work for an agency where they can have days off, right? Like it’s not, it’s not some hidden formula.”

Cops are quitting to find more money, added Scott Mourtgos, a Ph.D. candidate in political science at the University of Utah, a specialist in policing and criminal justice policy and a former cop. But that’s not all that’s going on. Political perceptions matter, too.

“In the end, there’s also this self-preservation that everybody has, including police officers,” he said. “Police officers are making very difficult decisions under very difficult circumstances. And if they feel like they’re not going to at least get the benefit of the doubt, or possibly get charged for something that they at least perceive is not something they should be charged or going to jail for, and there’s other people willing to hire them … why the hell would they stay?”

The attrition started in the first weeks of the protests in 2020 and appears to be continuing. “Our initial research on this shows that resignations from June to December in 2020, in a single large agency jumped about 280 percent,” Mourtgos said. “Week, after week, after week. … It’s compounding. Who do you think is training these new officers? New officers. They’re losing all of this institutional knowledge.”

The DeKalb County Police Department covers about 500,000 people. The county’s population is about 770,000 but cities like Brookhaven, Decatur and Dunwoody field separate municipal police forces. Notably, well-heeled Brookhaven has no problem recruiting; that 75-officer force is short by about two cops. Atlanta has around the same population as DeKalb’s jurisdiction to cover: 506,000 at the last census, probably an additional 10,000 or so since then. But Atlanta fields a police department of about 1,600 officers, with at least 1,200 answering calls.

Consider that the department fields ten officers to enforce traffic, countywide. If each of them works 16 hours of overtime a week, that means this vast county has an average of exactly two traffic cops on duty at any random moment responding to accidents or writing tickets.

As long as we’re comparing apples to apples, I looked at the current staffing for other municipal police departments covering jurisdictions with between 400,000 and 600,000 residents. Kansas City has 1,259 officers. Albuquerque has about 900. Mesa has 814. Fresno has about 800. Colorado Springs has about 745. Tucson fields 720 cops. Oakland has 700. Sacramento has 684. The city of Raleigh fields about 640 cops.

Minneapolis, which has about 440,000 residents, had 626 sworn officers in June when the Minnesota Supreme Court ordered the city to hire more officers or explain why it wasn’t possible to do so. Minneapolis cops started quitting in 2020 in the wake of massive street protests following the murder of George Floyd by a Minneapolis cop and the city council’s subsequent changes to policing policy. Homicides rose in Minneapolis during the pandemic from a historical low of 40 a year to 89 in 2021. The pace has fallen about 18 percent this year. It’s lower than DeKalb’s murder rate.

Since June 4 of this year, the area covered by DeKalb Police has had 94 homicides. Over the same period of time, Atlanta Police have investigated 83 murders. In the last 28 days, DeKalb recorded 805 assaults, compared to 457 in Atlanta.

Though concentrated poverty is the best predictor of crime, I regularly argue that violence has many causes. We should not oversimplify things. Drug trade, mental health availability, gang activity, hostile relationships between police and the public and other factors can drive violence.

Historically, DeKalb has had a lower rate of violent crime than Atlanta but that had been changing even before the pandemic started. Notably, DeKalb’s recruiting problem also preceded the pandemic. DeKalb recorded 125 homicides in 2019, a modern record, but its rate was roughly equivalent to Atlanta’s. The murder rate did not initially increase as rapidly as Atlanta’s rate rose, which in retrospect might be attributable to starting at a comparably higher base rate: Atlanta was coming off a generational low.

But now, despite a meteoric rise in violent crime in Atlanta – a 60 percent increase in homicides – DeKalb’s annualized homicide rate of about 36 per 100,000 is about 20 percent higher than Atlanta’s. The honeymoon is over.

My concern is that this attrition increases the likelihood of the kind of improper police shootings that costs lives and drives people back into the street. Police misconduct makes all of this worse as it destroys the relationship between the public and the police, which makes crime harder to solve and cops that much more ready to quit.

“Experience matters in policing,” Adams said. “And by definition, if you’re replacing somebody who’s resigned with a rookie, it’s somebody who’s less experienced. It matters in use of force decisions. But it also matters in non-use of force context, right? It matters in solving crimes, it matters and picking up suspicious behavior that you might be able to make a proactive arrest that averts of violent crime. In essence, what’s occurring is some sort of brain drain from our most challenged urban markets, into suburban markets.” 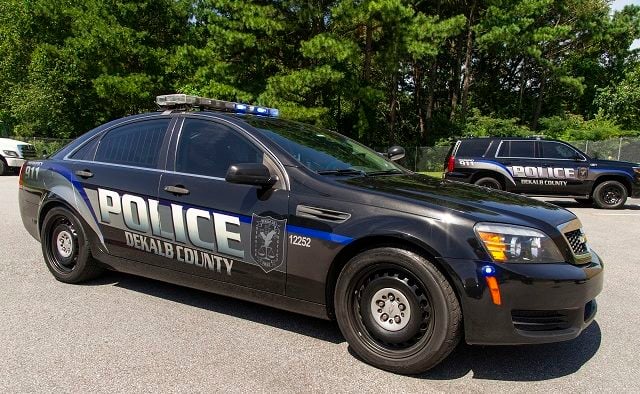