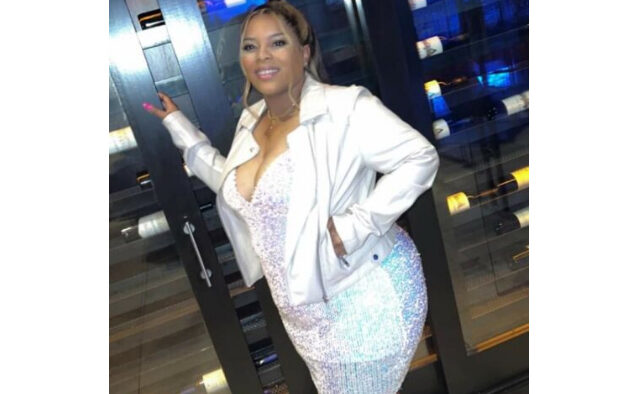 Quanisha Ball, 31, was hit by a Dodge Challenger she was walking across Scott Boulevard to catch the shuttle to her job at the Winship Cancer Institute. Photo provided to Decaturish
Share

Greater Decatur, GA — The DeKalb Medical Examiner has completed its report about a young woman who died at the intersection of Scott Boulevard at Blackmon Drive in November.

The driver stayed at the scene and, so far, hasn’t been charged with any crimes. The driver did not return a message seeking comment.

The Medical Examiner ruled the death an “accident,” but DeKalb County police say the investigation into the case remains open.

When asked if the Medical Examiner’s conclusion means the driver will not face any charges, a DeKalb Police spokesperson said, “I just spoke with our Traffic Specialist unit who advised that this case is still open and under investigation, so the answer to your question cannot yet be determined.”

The Georgia Bureau of Investigation is also involved in the case, according to the DeKalb County Police Department.

Quanisha Ball, 31, was hit by a Dodge Challenger she was walking across Scott Boulevard to catch the shuttle to her job at the Winship Cancer Institute. The initial police report said she “had darted out into traffic and was struck by a vehicle,” and was not in the crosswalk. But her mother, Courtney Thompkins, and her former manager, Yolanda Cephas, both questioned the police narrative of events, noting that Ball took that route every day and knew how dangerous Atlanta traffic could be for a pedestrian. They are skeptical that Ball wasn’t in the crosswalk. According to a review of the report, police only heard the driver’s account of what happened, and no other witnesses were available.

At the time of the crash, around 6 a.m., Ball would’ve been walking northwest across Scott Boulevard to catch the shuttle to work. If the police narrative is accurate, it would mean that Ball was walking outside the crosswalk on the northeast side, farther away from her destination.

Thompkins has questioned whether speed was a factor in this crash.

Ball went airborne when the Dodge Challenger hit her at the intersection of Scott Boulevard and Blackmon Drive, meaning she could’ve been knocked out of the crosswalk. While the report doesn’t say how fast the driver was going, the Challenger was damaged so badly that it had to be towed from the scene.

“The damage on my angel’s body shows how hard he hit my baby,” Thompkins said. “No doubt in my mind he was speeding.”

To see our previous story about this incident, click here.

The Medical Examiner’s report doesn’t make any mention of the speed of the vehicle at the time of the incident. The posted speed limit on that section of Scott Boulevard is 45 miles per hour. The examiner’s report said Ball suffered “multiple blunt force injuries” all over her body.

Thompkins has vowed to keep pressing for answers about her daughter’s death. She’s planning a rally at the intersection of Scott Boulevard and Blackmon on Jan. 15 at 1 p.m. to bring attention to her daughter’s case. 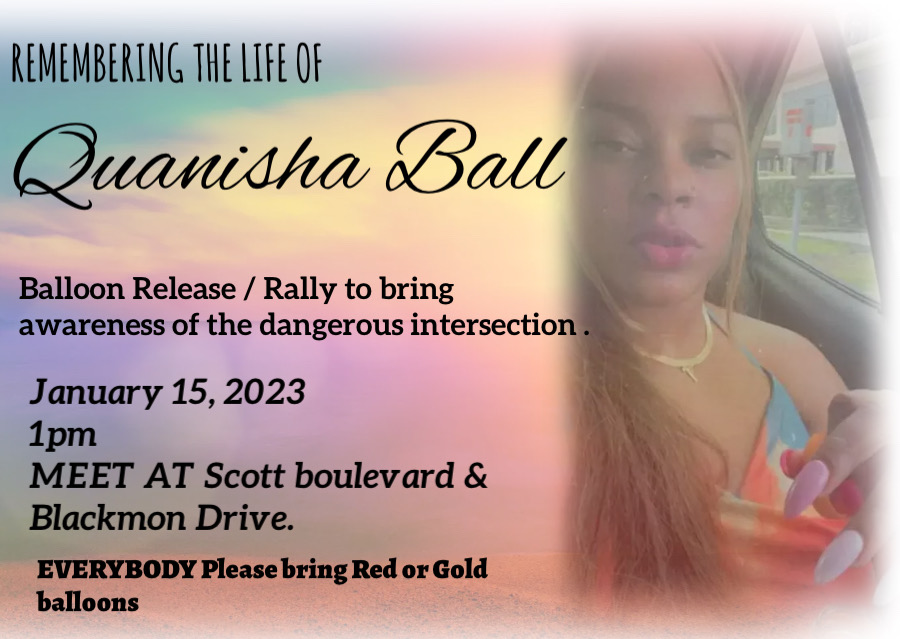