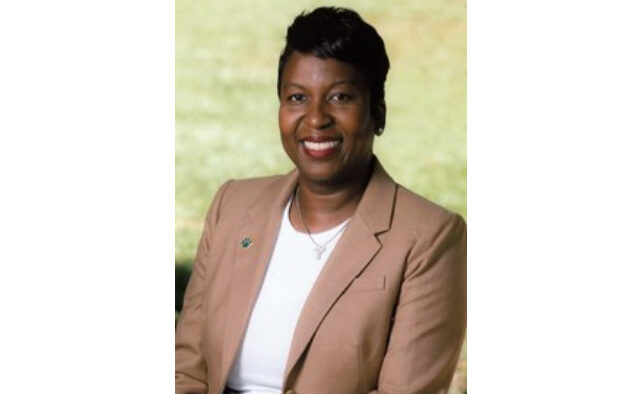 Last June, Decaturish reported that parents and teachers at Briarlake Elementary were raising concerns that then-principal Jamela Lewis was creating a toxic environment for teachers and failing to address bullying by students in a timely way. A petition was circulated asking for Lewis to be removed as principal. In response, Briarlake parent organizations held a town hall with Lewis and Region 2 Superintendent Trenton Arnold to discuss their concerns, including an unusually high turnover rate of teachers at the school.

Lewis left Briarlake shortly afterward, and Venessa Bines-Truitt served as interim principal in her place. Lewis is now listed as the principal at Rock Chapel Elementary in Lithonia.

“I am extremely honored to serve as the new principal of Briarlake Elementary School,” Jones said in a post on the school’s website. “It is a humbling opportunity to lead a school with such amazing students, dedicated staff and a supportive community.”

Caroline Collins is a member of the Principal’s Advisory Council at Briarlake. Her two children had attended Briarlake previously but were moved to a private school for one year because Collins said she felt the district did not communicate well about whether students would be in class or learning from home. However, Collins said that she was not happy with the curriculum at the other school and brought her children back to Briarlake Elementary this year.

“I’m really happy with how things are going. The interim principal did a great job,” said Collins.

Collins praised Jones’ communication with parents and the “energy” that Jones has brought.

“I’ve been very impressed with the curriculum and the environment that the students have been in. It’s been very warm,” said Collins, adding that warmth had been lacking in the past.

Collins said that she was hopeful that some of the other families who left Briarlake Elementary in the last couple of years would return.

“I can understand people’s trepidation with some of the turnover that had been going on, but the community really came together to address those problems.”  Collins added, “I hope people will want to bring their kids back to Briarlake.”

A teacher who spoke to Decaturish agreed.

Foege said that Jones had an open-door policy for teachers to come to her with problems, and was making herself accessible to both staff and students.

“We’re very glad to have her,” said Foege.

Foege said that Jones hadn’t made any significant changes yet, but that it is typical for a new principal to take their time to know the school and the students before implementing new policies.

“She’s made an effort to get to know everyone. You can tell that she has a lot of experience, and she has a very calm demeanor about her,” Foege said.