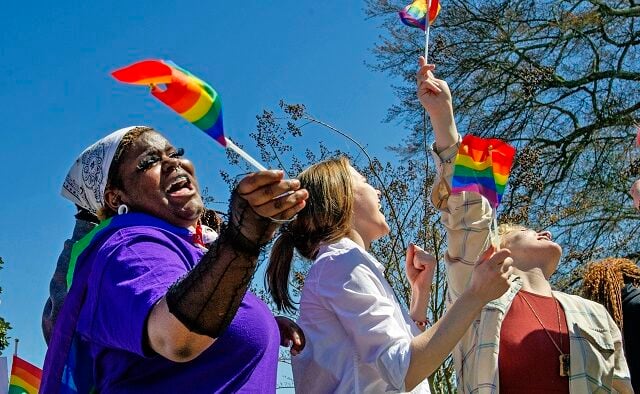 Washington, D.C. — President Joe Biden has signed into law the Respect for Marriage Act, the bill that protects same-sex and interracial marriage.

At a ceremony on the South Lawn of the White House on Dec. 13, Biden signed the law that requires all states to recognize same-sex and interracial marriages. The law will protect same-sex marriages if the United States Supreme Court were to overturn the Obergefell v. Hodges decision, which legalized same-sex marriages in 2015, according to USA Today.

The bill doesn’t set a national requirement that all states have to legalize same-sex marriage, but it does require individual states to recognize another state’s legal marriage, CNN reported.

The Respect for Marriage Act was introduced in Congress following the Supreme Court’s decision to overturn Roe v. Wade this summer. In the ruling, Justice Clarence Thomas expressed interest in reconsidering other decisions, like rulings made on same-sex marriage, USA Today reported.

“The Respect for Marriage Act provides a backstop in the event that the Supreme Court decides to overrule the Obergefell v. Hodges decision that legalized same-sex marriage across the United States. It creates a similar backstop if the Court overruled Loving v. Virginia,” said Tim Holbrook, a law professor at Emory University. “Justice Thomas suggested that the Supreme Court should revisit earlier precedent, including Obergefell, as well as those that struck down sodomy laws and bans on contraception.  Conspicuously, he did not call into question Loving.”

“The government has a responsibility to protect the American people’s liberties, rights, and freedoms, and this includes ensuring their marriages will always be recognized,” Rep. Hank Johnson (GA-4) said in a statement.

Johnson is a member of the Equality Caucus and was proud to have voted for the Respect for Marriage Act.

“Same-sex and interracial couples should not have to live in fear that a future Supreme Court decision could invalidate their marriages,” he said. “I am proud that Congress took this proactive measure to protect these marriages and send the message that love still wins.”

Jeff Graham, executive director of Georgia Equality, was excited to hear the news of the bill’s passage in the Senate.

“It’s a really important and significant step for LGBTQ rights around the country. I was very pleased to this finally happen,” Graham previously said.