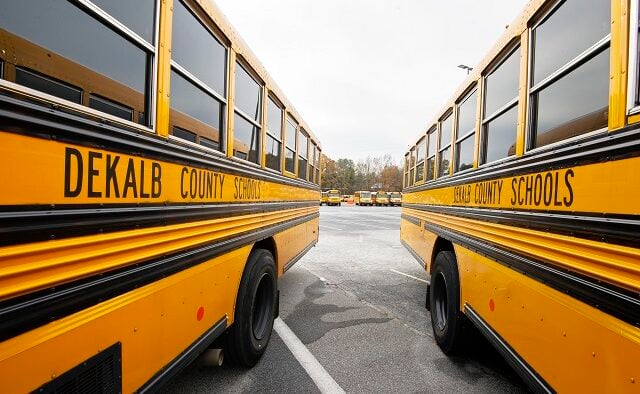 A recent study from Georgia State University shows that the return to in-person learning didn’t substantially improve student achievement in Clayton, DeKalb and Fulton counties. Tim Sass is the director of GSU’s Metro Atlanta Policy Lab for Education (MAPLE), which conducted the research. He says achievement increased a little once students returned to school, but not much.

“What we found was that the return in-person learning sort of stopped the decline in achievement growth, but there wasn’t much improvement,” he says. “So, things kind of bottomed out. In-person learning alone doesn’t seem to be enough to get kids back to where they were pre-pandemic.”

DeKalb and Clayton counties stayed remote longer than Fulton, which offered a hybrid model at the beginning of the 2020-21 school year.

The report says it’s not too late to catch students up, but that districts need to act now since federal pandemic funds run out at the end of the 2023-24 school year. The study also says students most affected by the pandemic will soon reach ninth grade, where dropout rates are highest.

“I think it’s really important to try and target resources to those students so that we don’t see higher dropout and we don’t see reductions in graduation,” Sass says.

Sass says now districts need to focus on things like high-dosage tutoring, preferably during the school day. That’s where small groups of 2-3 students work with a tutor several times a week.

Clayton, DeKalb, and Fulton all offer tutoring. DeKalb has built an intervention period into the school day; Clayton County has made tutor.com available to all students; Fulton County Schools offers high-dosage tutoring during the school day, after school and on Saturdays. FCS has used data from MAPLE to target which students need extra help. Chief Academic Officer Clifford Jones says the data show being able to pinpoint students’ needs like that has helped improve achievement.

“We’ve seen that Fulton County has reached pre-pandemic national percentile levels, both in math and reading, which is what the [MAPLE] finding was that I saw that was the biggest success,” he says.

Still, Jones says, there’s more work to do. Although the report shows the achievement gap between students in South and North Fulton is narrowing, achievement for Black students and children in poverty is lower than it was before the pandemic.

“We’re going to provide families with support so that they can manage their way through the impacts of the pandemic, whether it be in terms of economic supports family or supports, social and emotional supports,” Jones says.

To do that, Fulton has used some federal relief money to open Student and Family Engagement (SAFE) centers at three high schools. The centers serve as a community hub and provide support services to students in an effort to remove barriers to learning.

This story was provided by Decaturish.com partner WABE.