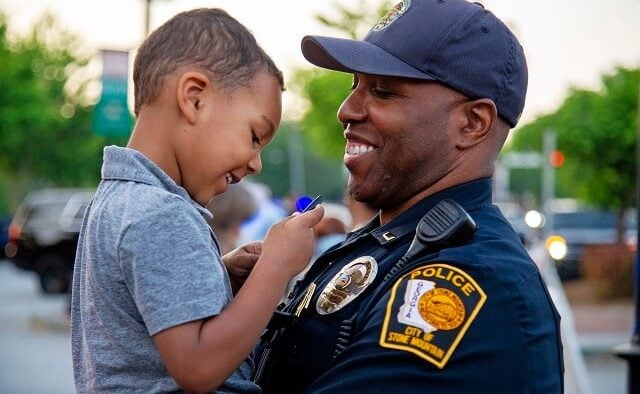 Westerfield has served as interim chief since the former chief of police, Chancey Troutman retired earlier this year. Troutman retired on May 1 of this year after serving the city for 35 years. After an apparently lengthy debate during a closed executive session, the council ultimately voted unanimously to approve Westerfield’s appointment.

“This is more than just a position to me. This is an opportunity to continue a lifetime of commitment. I really, really, care for and love this city,” said Westerfield. “I want to make sure that this city remains a safe place to live as well as raise a family and enjoy. I’m just humbled.”

Westerfield will be sworn in at the council’s regular meeting in January.

Tyus said that part of the increased expenditures for FY2023 over FY2022 was due to the necessity of hiring outside consultants for needs that the city does not have the staff to cover.

“We don’t have a communications arm for the city,” said Tyus. She added that the city’s Downtown Development Authority does have a budget of $37,000 for communications and social media, which could be increased to provide those services for the city at large.

The budget will receive another public hearing at the council’s Dec. 20 work session and is slated to be approved at the same meeting.

— The city’s police department sought approval to purchase equipment, including security cameras and three 2023 Chevrolet Tahoes using funds from the FY 2022 budget. The total cost will be $115,797.

Council member Gina Stroud Cox stated that the police department bought three other cars recently, and she felt that paying and keeping more personnel was a higher priority.

Westerfield stated that the department assigns vehicles to individuals and that as the city hires more police officers it will need more vehicles.

Westerfield also said that the department is considering buying electric Ford Mustangs in the future. He stated that the vehicles are suitable and affordable, but would require charging posts that the city does not yet have.

Council members were split 3-3. Mayor Beverly Jones broke the tie and the purchase was approved.

— The council voted to allow exceptions to the city’s restrictions on open-container alcoholic beverages outdoors for two events in 2023 organized by Main Street Stone Mountain, Inc. The Mardi Gras/Umbrella Parade will be held on Feb. 18. Tunes by the Tracks is a concert series held every Friday in May, June, September, and October of each year.

— Council member Chakira Johnson proposed adding Election Day as a holiday and Juneteenth as a paid holiday to the city’s official calendar. The council postponed the decision until their work session Dec. 20.

Council members Clint Monroe and Gil Freeman voted against re-appointing Smith and Redmond, but the re-appointments passed with yes votes from the other four council members. The votes to re-appoint Vaughn and Evans were unanimous.