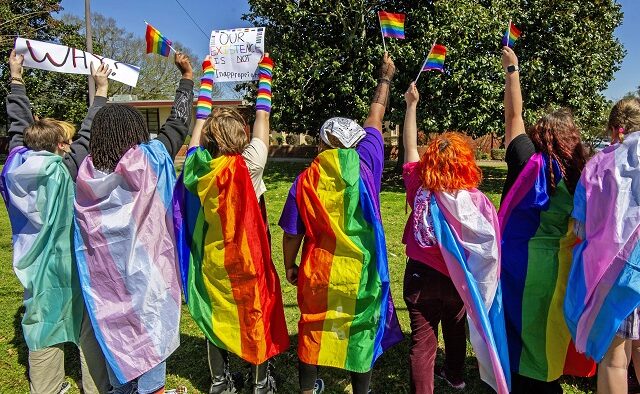 Washington, D.C. — The United States Senate, on Nov. 29, passed a bill that would protect same-sex and interracial marriages. The legislation now heads to the U.S. House of Representatives.

The Respect for Marriage Act passed the Senate with a 61 to 36 vote. Twelve Republicans joined the Democrats in voting in favor of the bill, according to USA Today. The legislation was introduced in Congress following the Supreme Court’s decision to overturn Roe v. Wade this summer. In the ruling, Justice Clarence Thomas expressed interest in reconsidering other decisions, like rulings made on same-sex marriage.

A similar bill was approved by the House early this year, with about 50 Republicans voting in support. A vote in the House could happen as early as next Tuesday, USA Today reported.

“The right to choose our spouse, to choose the person with whom we start a family, is fundamental,” Georgia Sen. Jon Ossoff said in a press release. “[On Nov. 29] Democrats and Republicans came together to advance human freedom.”

USA Today reported that Sen. Raphael Warnock did not vote on the bill.

“Rather, if the Supreme Court overturned Obergefell and previous state prohibitions on same-sex marriage came back into effect, the Respect for Marriage Act would require states and the federal government to respect marriages conducted in places where it is legal,” an article from CNN states.

The bill also features religious exemptions that would protect religious and nonprofit organizations from having to provide support for same-sex marriages, according to CNN.

Jeff Graham, executive director of Georgia Equality, was excited to hear the news of the bill’s passage in the Senate.

“It’s a really important and significant step for LGBTQ rights around the country. I was very pleased to this finally happen,” Graham said.

Percy Brown, chair of the Human Rights Campaign Board of Governors and a native Georgian, was happy to see that “love wins,” he said.

“The Senate’s passage of the Respect for Marriage Act reflects the will of the vast majority of Americans who support marriage equality – and eases the minds of many LGBTQ+ people like me who worried about what the impact of the Dobbs decision would mean for marriage equality,” Brown said.

For Graham, there are three points that are important to take away from the legislation. He added that it provides a sense of calm and protection.

“First and foremost, it codifies into federal law that regardless of what may happen in the Supreme Court in the future, the federal government will respect, recognize and protect both same-sex marriages, as well as interracial marriages,” Graham said. “This is important because as we saw with the Dobbs decision earlier this year, if the Supreme Court overturns precedence that is used to protect people’s civil rights, those rights can be in jeopardy if left up to the states to decide.”

In Georgia, a state constitutional amendment passed in 2004 that prohibited the state from recognizing any form of same-sex relationships – marriages, domestic partnerships and civil unions, Graham said. The amendment also doesn’t recognize same-sex marriages performed in another state, according to the Georgia Recorder.

The amendment was declared unconstitutional when the Supreme Court legalized same-sex marriage.

“This federal law would not necessarily nullify those, but would prevent them from having a harmful effect of completely reversing people’s marriages or completely disallowing marriages to go forward in the future,” Graham said.

The second point that Graham said is important but overlooked is that as the bill passes through Congress, it has garnered bipartisan support.

“A number of the Republicans who have supported this bill are very conservative Republicans, so it gives me hope that the entire issue of LGBTQ rights can still find bipartisan support,” Graham said. “In an election year and a legislative year where we’ve seen so many attacks on the LGBTQ community, it’s important to have hope that we may be able to actually still get legislation on the federal level passed in the future.”

The third significant point for Graham is that conservative faith organizations and traditions, like the Orthodox Union and the Church of Jesus Christ of Latter Day Saints, have publicly supported this bill.

“I believe that religious exemption language is a common sense approach to provide assurances that this law cannot be used to push back or diminish the constitutional rights that are already enshrined for clergy and faith organizations…that clergy won’t be forced to marry any couple they don’t want to and that those religious organizations, if their denomination or their religious tradition does not recognize same-sex marriages, they would not be forced to perform them inside their sacred spaces,” he said.

He added that it’s important that conservative organizations have made a strong statement supporting LGBTQ rights, as it comes to specific legislation.

“It was their support that helped bring the Republicans on board,” Graham said. “That gives me hope that we can continue to have dialogue in the future and that we can find a way to protect members of the LGBTQ community as well as people of faith.”

Brown added that if the legislation is passed by the House of Representatives and signed by the president, he thinks the LGBTQ community will feel protected.

“I think LGBTQ+ people, especially those in conservative-led states, feel protected and can breathe a sigh of relief that this legislation ensures their marriages are valid anywhere in our country without government discrimination,” Brown said.

There’s still more work to do, though, he added.

“As we celebrate this victory, we still have more work to do to fight with and for the most vulnerable of our LGBTQ+ family — our transgender community, our BIPOC community, and our LGBTQ+ youth who all experience violence, bullying, and further,” Brown said.