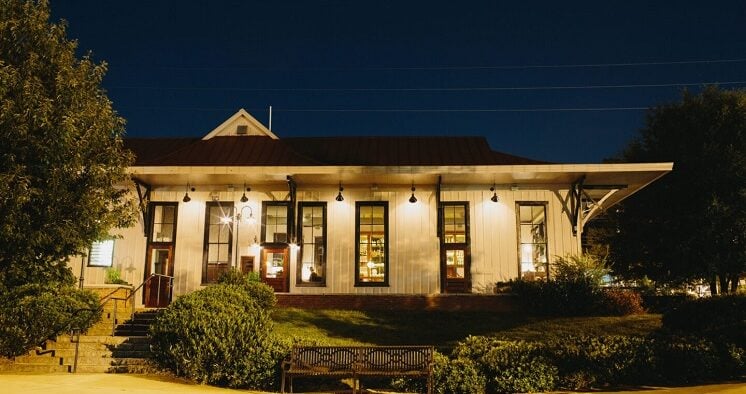 With real estate development in Atlanta a looming presence, a common narrative is that many older businesses are disappearing; either they can’t keep up with rising commercial rent prices, or the buildings they occupy are sold and torn down.

Well, the award-winning restaurant Kimball House owners have turned that narrative upside down and successfully secured their future in the process. They are now the proud owners of the 136-year former train depot that houses their nationally recognized eatery.

What you’re craving when you pick Kimball House:

“The first thing that comes to mind is oysters and cocktails,” said Patel. “One of our other partners, Miles Macquarrie, has been the backbone of the bar since we opened and has crafted an incredible cocktail program and trains the staff in such a diligent manner, and they have so much fun behind the bar. And it’s one of the things that guests look forward to the most – starting with a cocktail to go along with oysters. One of our other partners, Bryan Rackley, heads up the oyster program and has spent years cultivating these incredible relationships with oyster farmers and harvesters from around the country and has been able to source some of the best oysters that are available.”

How these Brick Store Pub buddies found a location for their dream venture:

“We had been looking for a location. We originally wanted to be in Atlanta proper just because we felt like Decatur had so many great restaurants. And so, we were looking around the Glenwood area… and everything available was a new restaurant. We realized we just did not have the funding for that,” said Smith. “We had heard that the restaurant that was in the Decatur Depot at the time was going out of business, so we went to check it out, and it seemed perfect. You know, it had a sense of antiquity to it, which was a big part of our concept. It just seemed perfect, even though we were trying to branch out from Decatur. It’s like, ‘Well, it looks like it’s pulling us back in.’”

On the history and purchase of the building that houses the restaurant:

“It was built in 1891, and at some point, in, I believe, the ’80s, it was a functioning train station, and it became this famous bluegrass bar called the Freight Room,” recounted Smith. “One of my favorite things about working services at Kimball House is when an older couple will come in, and I’ll be like, ‘Have you been here before?’ And they’ll be like, ‘A lot, but never as Kimball House,’ and it would be the story of, ‘Oh yeah, we fell in love at the Freight Room, and now we’re married, and this is our first time back since it’s become what it is now.’ And so, we’ll get a lot of that, and I really enjoy when those occasions happen.”

“CSX [Transportation] didn’t want it on the train tracks anymore, and the City of Decatur wanted to preserve the building, and so they purchased it and moved it off of the train tracks onto city land,” Smith said. “That was the starting point for this whole thing, was just to preserve the building. This is not an everyday situation, where your landlord is literally the city, and that their intentions of being landlords is just an act of preservation. So, we were in a fortunate circumstance to even be able to approach them to purchase the building, because they had already done the job that they wanted to do – they preserved the building. They were not in the business of being landlords.”

More on Kimball House is at http://www.kimball-house.com/