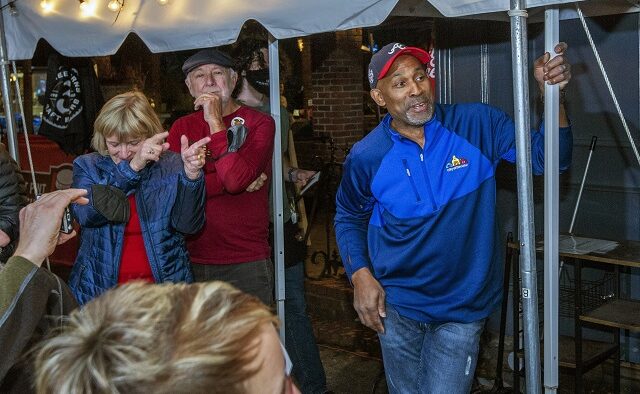 Garrett and Powers will continue serving in their respective roles for 2023.

Garrett was reelected in November 2021 to serve a fourth term on the city commission, representing District 2. Powers is the at-large commissioner and will be up for reelection this year.

– In other business, Renae Jackson will serve as the city’s first equity and engagement director.

– The city commission also removed an agenda item that would amend an agreement with Thrive EDS, LLC for the dedication of the New Street extension and accepting the right-of-way for the project. The developer has not met the conditions of the agreement, so the city staff was not in a position to recommend approval of the amendment, Arnold said.

“The amendment is intended to 1) reflect a change of ownership for the project and 2) allow the city to accept the right-of-way prior to full completion of construction,” Decatur Project Civil Engineer Jennings Bell wrote in a memo.

The city commission approved the original right-of-way in November 2019. Thrive began construction in January 2020, but sold all of its assets, including this project, to Toll Brothers in February 2020.

“Several streetscape items on the west side of the street are still incomplete at this time,” Bell said. “Acceptance of incomplete work would deviate from the original agreement, which requires completion of all work in the right-of-way before acceptance. The proposed amendment will allow acceptance in an incomplete state. Without acceptance at this time, the street would remain private property and dwellings on the east side of the street, that are otherwise nearing completion, would not meet the city’s zoning requirements for frontage on a public street and thus could not be occupied. The developer’s sales contracts have made future residents of all six homes dependent on the city’s acceptance of the street.”