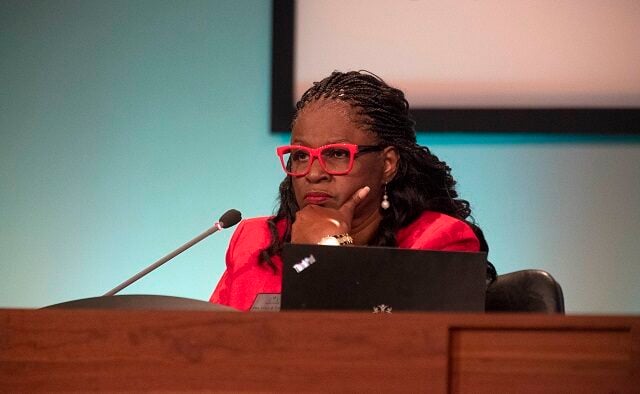 DeKalb County, GA — For the last few years, DeKalb County Schools and cities in north DeKalb have been at odds over installing traffic cameras in school zones.

Police chiefs in these cities say the cameras are an important safety tool that will protect students. But school district officials have resisted, citing concerns about racial profiling and districts using the ticket revenue to “pad their budgets,” as the Atlanta Journal-Constitution put it earlier this year.

But now the school board is asking state legislators to pass a law that would turn the majority of ticketing revenue over to school districts that allow the installation of traffic cameras in school zones. Installing the cameras requires permission from the school board.

The DeKalb County Board of Education is holding its first meeting of the year on Jan. 9, where the board will vote on its legislative priorities during this year’s legislative session.

One of those priorities concerns revenue from traffic cameras in school zones. The document attached to the Jan. 9 agenda says:

“DCSD urges the Legislature to pass legislation that ensures school districts must consent to speed camera installation and that any such legislation should also mandate that a major share of any funds collected must be used for improvements to school safety. The current speed camera law prevents school police from being the administrative agency for camera installations, despite their having ticketing jurisdiction in a school zone.”

So, is this really what the hold-up has been all along? Has it always been about the money?

School Board Chair Vickie Turner said the document attached to the meeting agenda “speaks for itself.”

“DeKalb County School district is interested in keeping people safe,” Turner said. “I believe every jurisdiction you’ve mentioned are like-minded, we want to keep our children safe. All we’re trying to do is get around the table and have a discussion with the right people. There has to be a greater level of discussion that includes our lawmakers.”

And, yes, the school district wants money from the cameras, she said.

“There’s revenue attached,” Turner said. “I don’t think it’s unreasonable that if there’s revenue attached to tickets …. That’s a resource that could come into our community, municipalities, and it could come into the school district. It could be a win-win. How can we make this a win-win, where our cities benefit from it for safety the value, but the school district benefits as well?”

Dunwoody Mayor Lynn Deutsch, who has been pushing hard for these cameras, said “ugh” when Decaturish told her about the item on Monday’s agenda.

Deutsch said one member of the Dunwoody City Council has a child who was almost run over in a school zone. She said if the district was truly committed to student safety, the cameras would’ve been installed by now.

“There is a way to use this public safety tool immediately, which is for the school system to sign the public safety agreement we presented years ago,” the mayor said. “If it’s about revenue, pick up the phone and call me. We’ll talk.”

“We have not yet been able to install automated speed enforcement cameras in any of our school zones because the DeKalb County School District will not agree to submit the application to GDOT for us,” Grogan said. “Although not required by law, we have offered to share revenue with the school system for school safety issues in an [intergovernmental agreement].”

He said the school district last communicated with his department about this issue back in November, when the district’s attorney sent over a list of questions. Gurley said those questions, and the police department’s responses, would be protected by attorney client privilege.

“We told the school district over two years ago at this point that we have no problem including a revenue share in the [intergovernmental agreement],” Gurley said. “We verbally through our attorneys have agreed to that and still haven’t gotten to a place where we can have them grant the permission.”

The DeKalb County Board of Education will meet at 11:30 a.m. on Jan. 9. The agenda includes the election of a board chair and vice chair. To see the agenda, click here.  To view a live stream of the meeting, click here.