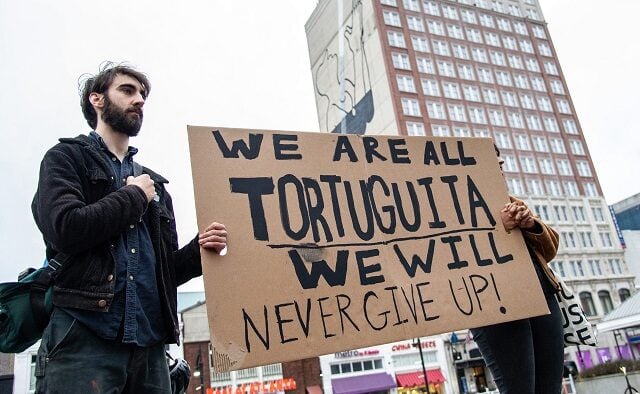 People gather at Underground Atlanta on Jan. 21, 2023, in response to the death of forest defender Manuel ‘Tortuguita’ Esteban Paez Teran, 26, who was shot and killed by a Georgia State Trooper earlier in the week during a sweep of the future site of the Atlanta Public Safety Training Center. Photo by Dean Hesse.
Share

DeKalb County, GA — The Georgia Bureau of Investigation released a firearms transaction record showing an activist killed during a police raid legally purchased a handgun they allegedly used to shoot a State Trooper.

On Jan. 18, a police officer shot and killed Manuel “Tortuguita” Esteban Paez Teran, 26, near the site of an 85-acre police/fire training facility located in DeKalb County’s South River Forest. Activists have dubbed the training facility “Cop City.” A State Trooper was also shot and wounded during the confrontation. There is no body camera footage of the incident, and the trooper has not been identified. Police allege Teran had a gun.

A spokesperson for the GBI said, “The GBI received confirmation from a firearms transaction record that in September 2020, Manuel Esteban Paez Teran legally purchased the firearm that was used in the shooting of a GSP trooper.”

Police provided this photo of the gun allegedly used to shoot the State Trooper: 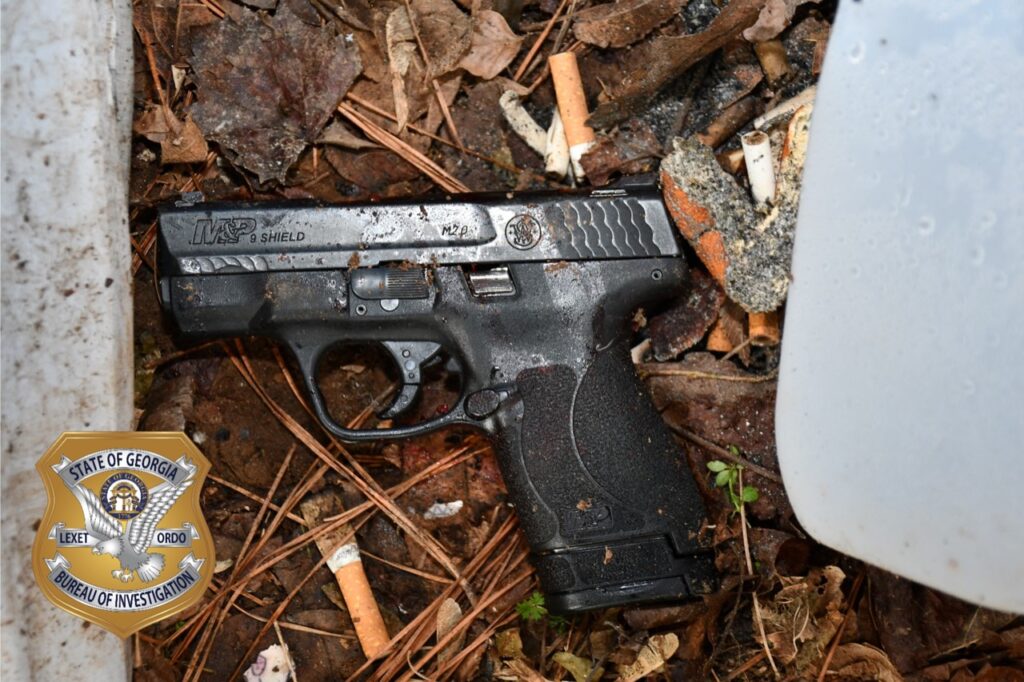 Photo provided by the GBI.

Media outlets, including Decaturish, asked the GBI to share the confirmation they received. The GBI provided a firearms transaction record. To see it, click here.

Decaturish contacted an email account that has been disseminating press releases on behalf of the Stop Cop City movement to ask for comment about the transaction record provided by GBI. The person behind the email account, who does not identify themselves, said Stop Cop City is a slogan, not an organization, and the email address exists to forward press releases from organizations affiliated with that movement.

“From what can be seen online, people in the movement continue to call for an independent investigation into the killing of Tortuguita,” the person who runs the account said. “The GBI is a party in the joint task force that carried out the raid on January 18th, 2023, and thus should not be carrying out the investigation.”

The Cop City controversy, and the shooting of Teran, has become the subject of international attention and the impetus for numerous protests. The tension around the training center escalated in December when police rounded up activists and charged them with domestic terrorism, charges supported by DeKalb County District Attorney Sherry Boston.

Boston has called a press conference on Jan. 25 to make an announcement regarding the Jan. 18 incident.

A recent protest in Atlanta over the shooting made headlines around the world. Activists and demonstrators met peacefully at Underground Atlanta on Saturday afternoon, but a smaller group of demonstrators smashed windows and torched a police car.

Like activists arrested at the training center site, the people arrested in Atlanta are facing numerous charges, including domestic terrorism, which is a felony.

Correction: An earlier version of this story misspelled the name of the gun manufacturer. This information has been corrected.