A rendering of the Town Green plan the Tucker City Council approved on Jan. 23. Image obtained via the city of Tucker
Share

Tucker, GA — The Tucker City Council approved a final version of the design for a new town green at a special called meeting on Jan. 23. The park will be sited on Railroad Avenue on property that the city bought from the Cofer family in September of last year.

Parks and Recreation Director Rip Robertson said this approval was only for a master plan. The next steps will include a detailed engineering plan that will include cost estimates.

The council approved the plan unanimously.

Here are the renderings of the town green approved by the council at the Jan. 23 meeting: 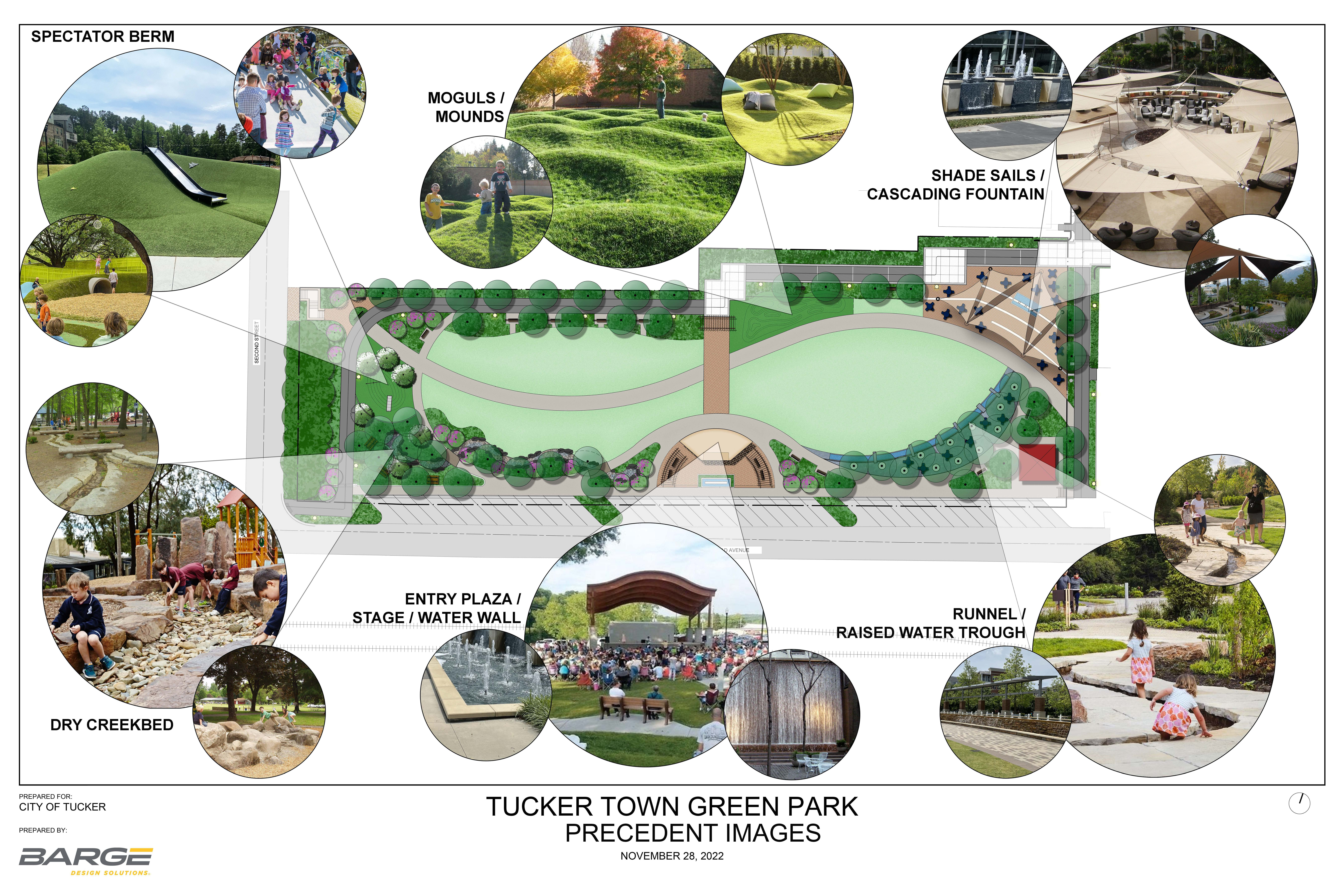 Image obtained via the city of Tucker 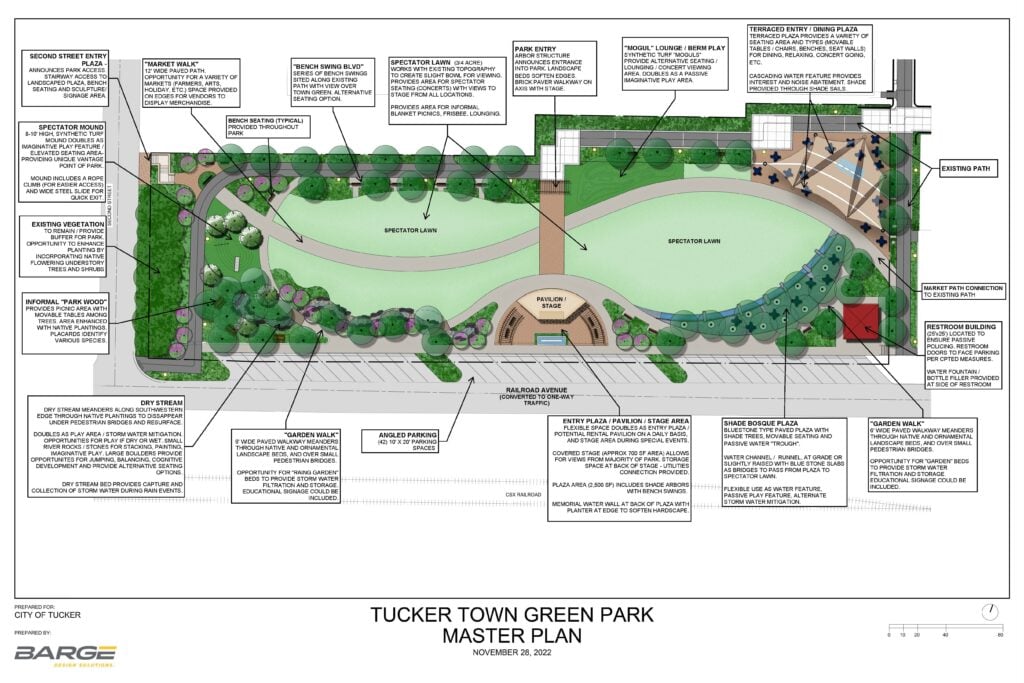 Image obtained via the city of Tucker

To see these images in greater detail, click here.

— The city council also held a first reading of an ordinance that will allow home brew events in the city of Tucker. City Attorney Ted Baggett said that the group Covert Hops is interested in holding an event in Tucker, but state law requires that such an event be licensed.

John O’Connell of Covert Hops said that the law makes a clear distinction between home brewer events and commercial brewer competitions. Therefore, there is a need for a separate license to be available before event planning can go forward.

Councilmember Anne Lerner asked, “Are we invited?” O’Connell replied that there are no constraints on attendance.

The ordinance will receive a second read and a vote at the city council’s February regular business meeting.

— in November, Tucker residents voted to take over public works functions from DeKalb County. During the city council’s Jan. 23 meeting, the city attorney presented a list of actions required to get the Public Works department up and running, which Baggett described as “foreshadowing” of upcoming city council meetings over the next few months.

The CEDR researched 19 local cities of comparable size and Durham described the need to develop an incentives toolbox including tax abatement. “Frankly, you’re in competition with those cities to attract businesses to your community,” said Durham.

Durham described the process of creating an economic development plan, including deciding on targeted industries and developing specific projects.

In response to a question from Councilmember Alexis Weaver, Durham said that single-family detached housing was not considered commercial for the purposes of state law governing DDAs, but that mixed use developments including housing would be. He added that there is a national housing shortage and that the state government is in the process of considering solutions for Georgia.

Councilmember Noelle Monferdini said that her main objection to rope lighting was how bright it is and the way it affects vision when driving at night. Lerner said that there had been a lot of feedback from residents on the economic development report concerning the look of the community, and that concern should be kept in mind. Councilmember Virginia Rece said that tastes differ and that she wished to proceed cautiously. No action on the matter is planned.


The council discussed recent improvements to Chamblee-Tucker and Brockett Roads and approaches to use when discussing future projects. Lerner suggested periodic meetings to discuss what works and what doesn’t. Weaver said that she felt it was important to present data about the results of changes. Lerner said that giving the public frequent updates about progress would be helpful.


Councilmember Cara Schroeder said that while she was campaigning to be elected, she canvassed the neighborhoods around Brockett Road and sought feedback about what people wanted. She said that so far she has received more positive comments about the improvements, with the acknowledgement that the project isn’t finished yet.

— Mayor Auman reminded everyone that Restaurant Week is coming up Feb. 21-26.

“You may recall that last year, the mayor and his wife ate at fifteen restaurants in five days,” said Auman.