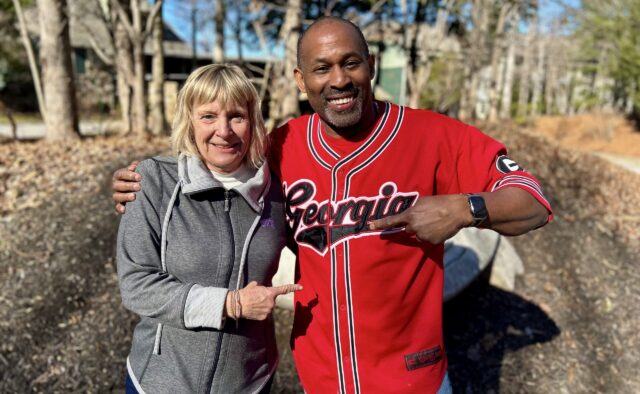 Decatur, GA — The Decatur City Commission was a house divided at its retreat when it came to one particular topic – college football.

The University of Georgia is set to play against Texas Christian University on Monday, Jan. 9, at 7:30 p.m. in the College Football Playoff National Championship. In Decatur, Mayor Patti Garrett is a TCU alumna and Mayor Pro Tem Tony Powers is a UGA alumnus.

“My prediction is that the frogs are going to pull a major upset. We have been the under-frogs all year long and nobody expected us to certainly be in the championship game, or even in the playoffs to the championship game,” Garrett said. “I am pulling for the frogs. My hope is it will be an upset because I think if they win, it will definitely shake the football world of Georgia, and will probably shake the entire college football community.”

Garrett added, she has had a lot of good fun with friends that have Georgia roots and ties. Powers and Garrett made a wager that at the next city commission meeting, they would vote with ribbits or woofs at their next meeting depending on which team wins.

“My heart bleeds purple,” Garrett said. “I think if you don’t have an allegiance to Georgia, it’s always fun to pull for the underdog.”

Powers said the team that makes the fewest mistakes will win on Monday night.

“I think Georgia’s going to win, but if we make mistakes we’re going to lose,” Powers said. “I’ve been following Georgia football since I was seven or eight years old. This last five years, we’ve won a national championship, played for a third, won the Peach Bowl, the Orange Bowl, the Rose Bowl and the Sugar Bowl.”