For more information about submitting events, send an email to calendar@decaturish.com 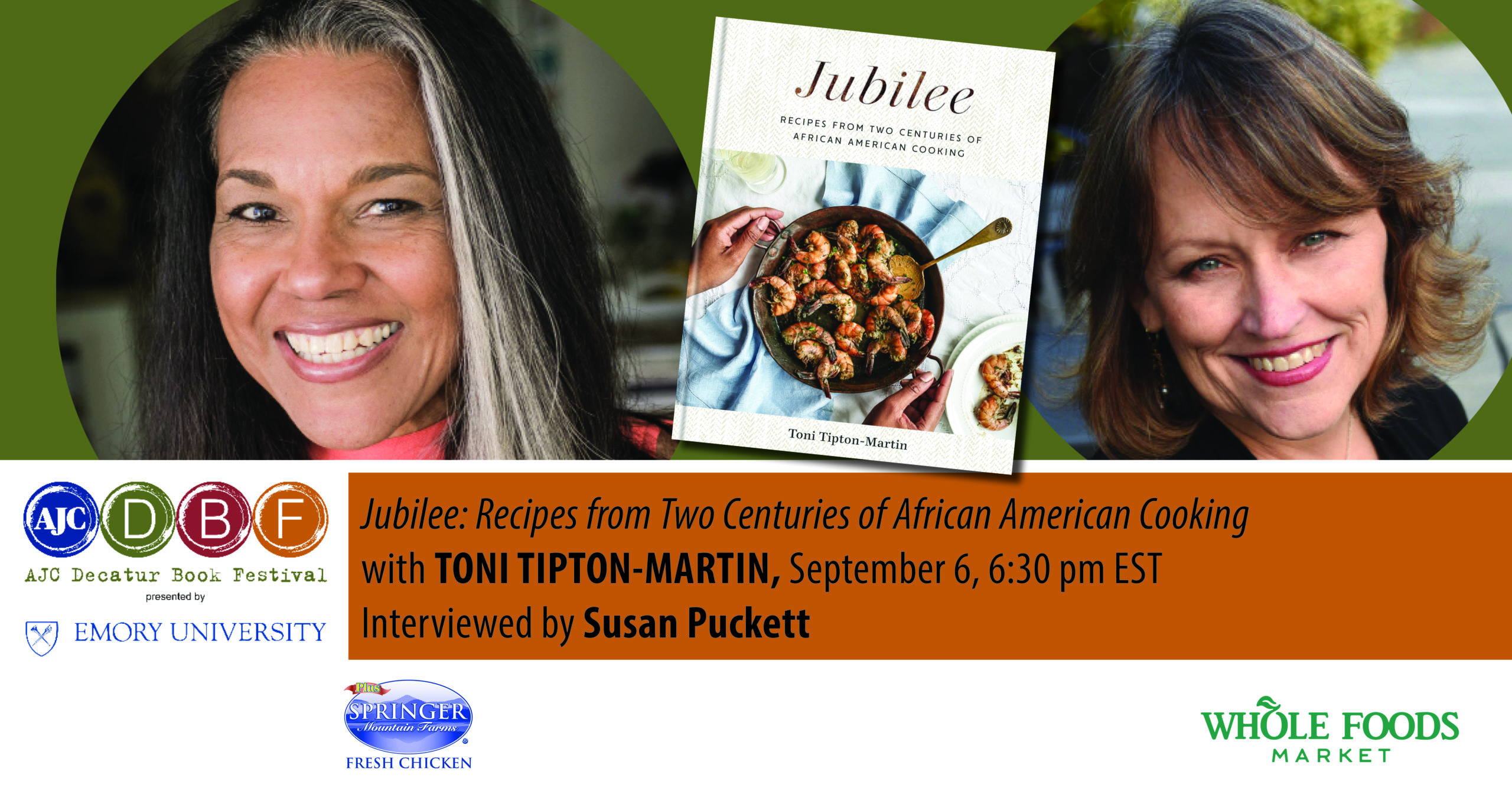 Toni Tipton-Martin, the first African-American food editor of a daily American newspaper, joins us as the culinary Cooknote. Tipton-Martin is the author of the James Beard Award-winning book The Jemima Code, a history of African-American cooking found in—and between—the lines of three centuries’ worth of African-American cookbooks. She builds on that research in Jubilee, adapting recipes from those historic texts for the modern kitchen. Tipton-Martin will discuss a world of African-American cuisine—made by enslaved master chefs, free caterers, and black entrepreneurs and culinary stars—that goes far beyond soul food. It’s a cuisine that was developed in the homes of the elite and middle class, takes inspiration from around the globe, and is a diverse, varied style of cooking that has created much of what we know of as American cuisine.