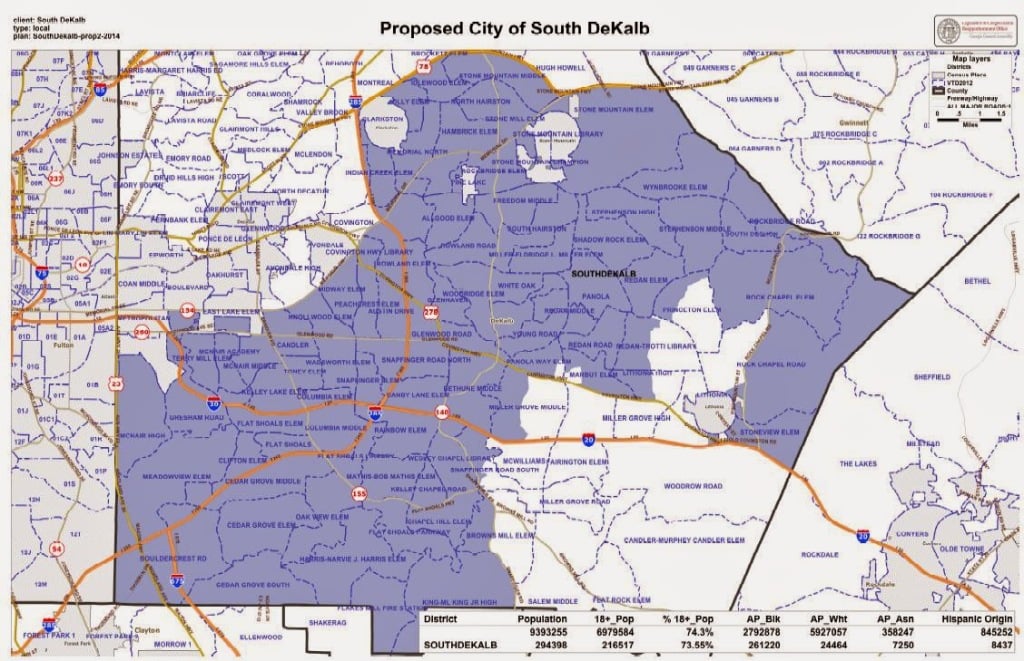 – Would have a population of almost 300,000 making it the second largest city in Georgia, behind Atlanta.

– The proposed map would include everything in DeKalb south of U.S. 78 up to I-285, excluding a proposed city of Stonecrest, and everything south of Memorial Drive on the other side of 285.

To read the latest news on annexation and cityhood in DeKalb County, click here.

This is Decaturish.com’s cityhood and annexation map, provided for your convenience.