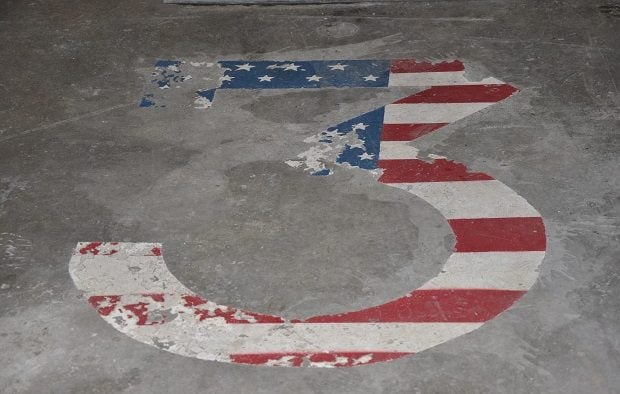 This stenciled No. 3 on the floor of the Avondale Estates fire station is one of many things around the station that needs fixing up.
Share 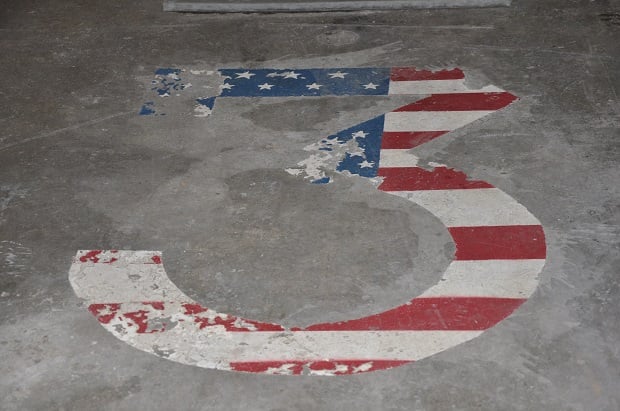 This stenciled No. 3 on the floor of the Avondale Estates fire station is one of many things around the station that needs fixing up. Photo by: Dan Whisenhunt

It’s located on Clarendon Avenue, and was designed to match the Tudor-style architecture of the city’s downtown.

Capt. Danny McIntosh has worked out of the station for two-and-a-half of his 16 with DeKalb County Fire and Rescue. He’s from Canada, originally. The cadence of his voice is polite and easy going. He was nice enough to give Decaturish.com a short tour of the outside of the building.

“We try to do the best we can with what we’ve got,” McInstosh said. 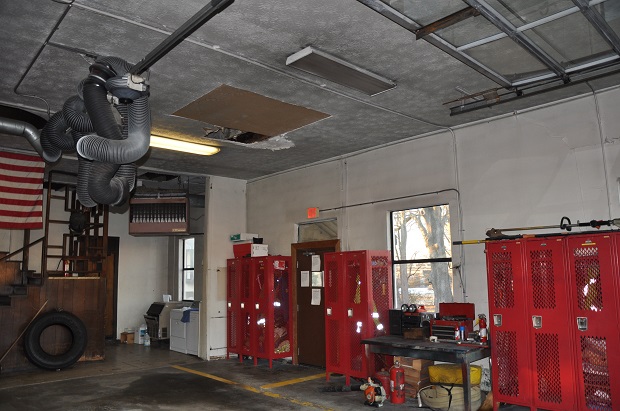 Holes are visible in the ceiling of the garage at the fire station on Clarendon Ave. in Avondale Estates. Photo by: Dan Whisenhunt

Most of the fire station’s flaws are instantly recognizable. There are holes in the ceiling in the garage. A large No. 3, stenciled on the floor and painted in an American flag pattern, is faded. There’s one bathroom, with a shower, in the garage for both male and female firefighters. Modern fire stations usually have separate restroom facilities, McIntosh said.

A shed in the back is only partially used. The bottom half holds old equipment. The top half isn’t safe enough to use.

A long antenna fell over onto the roof some time ago and is just sitting there. The roof around the station itself looks like it’s been gnawed on, with chunks missing and beams sticking out. Vines grow as they please. 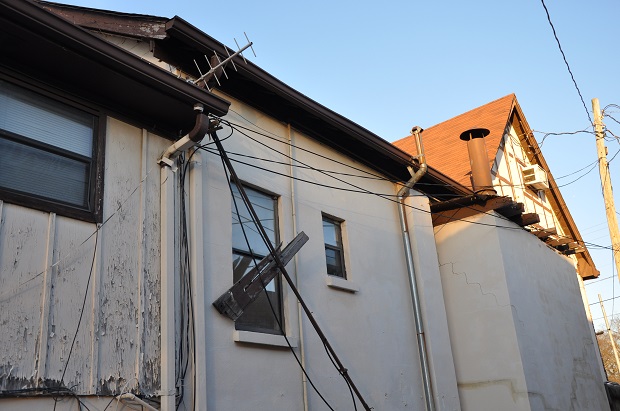 This antenna fell onto the roof of the fire station in Avondale Estates some time ago. Photo by: Dan Whisenhunt 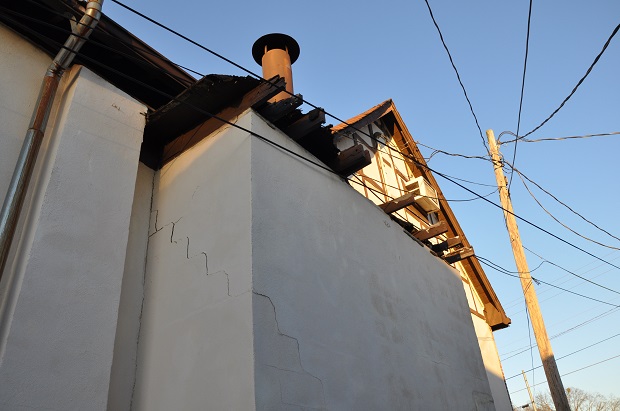 The roof of the fire station in Avondale Estates is rotting away. You can see the old wooden beams poking out. Photo by: Dan Whisenhunt

But the good news is the DeKalb County Commission awarded the $1.9 million contract for rebuilding the fire station, a project that’s being funded with federal money.

Decaturish asked McIntosh for a tour of the living quarters, as well. He called to check with his superiors. He nodded for a minute while he listened to someone on the other end. He hung up the phone and explained that the outside of the station was all that was open to visitors.

“All I’m supposed to tell you is, it got approved and we’re going to move forward with it soon,” McIntosh said.