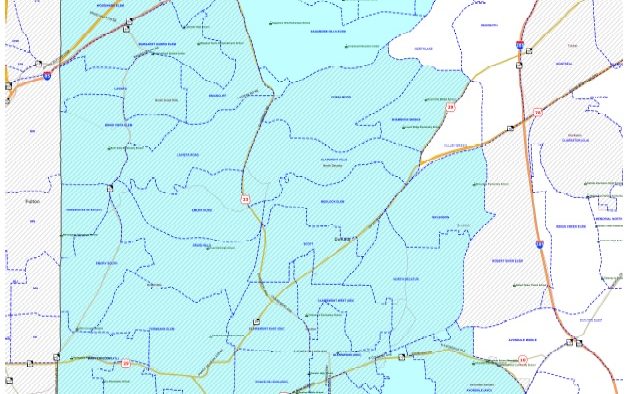 It’s election season, for those who didn’t know.

You’d know it if you went to the Kirkwood Neighbors’ Organization meeting on Monday, March 10.

Who should appear but two Democrats running for the Democratic nomination for the senate seat representing one of the most Democratic districts in Georgia?

Elena Parent and Kyle Williams both dropped by to give their pitch to be the next senator representing District 42. Current state Sen. Jason Carter is leaving the seat to run for governor against incumbent Gov. Nathan Deal.

Here’s a map of the district: 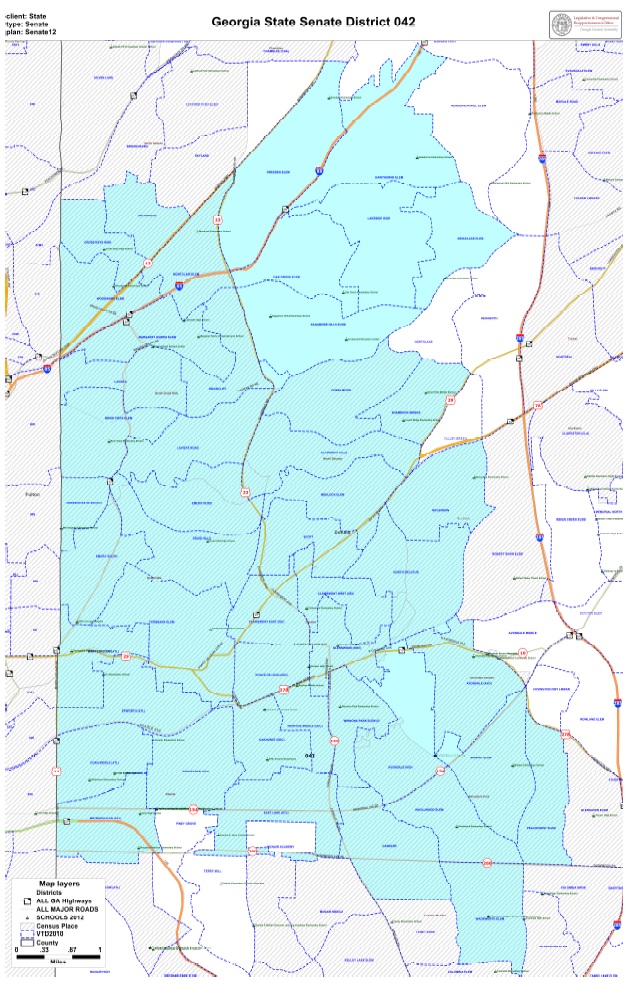 It didn’t appear Parent knew Kyle Williams would be dropping by. He slipped in the room shortly after Parent started speaking.

Parent, executive director of Georgia Watch and a former state representative, said the Democratic primary for Senate District 42 isn’t a rhetorical exercise. There will be consequences if Democrats lose seats in the General Assembly, she said.

“We’re teetering on the brink of a 2/3 – 2/3 Republican majority in both chambers,” she said. “The constitution could be changed (without Democratic input).”

Parent spoke for about 15 minutes or so, and said she needed to leave to go to a meeting in East Lake. On her way out, she noticed Williams sitting in a chair in the back of the room, smiling at her. She smiled and waved at him on her way out. He waved back.

Williams, a Decatur attorney, asked to speak and the KNO gave him the floor. Williams said he would focus on local issues. He asked for the audience’s support.

“I am the progressive voice of this city,” he said.

Both Parent and Williams told the audience that they should listen to the recent Decaturish.com Podcasts about the Senate District 42 race, because they know we are legit.

Republican Greg Williams, also aware of Decaturish.com’s legitimacy, said he will sit down for a Podcast in the next few weeks.

Did we mention it’s election season?