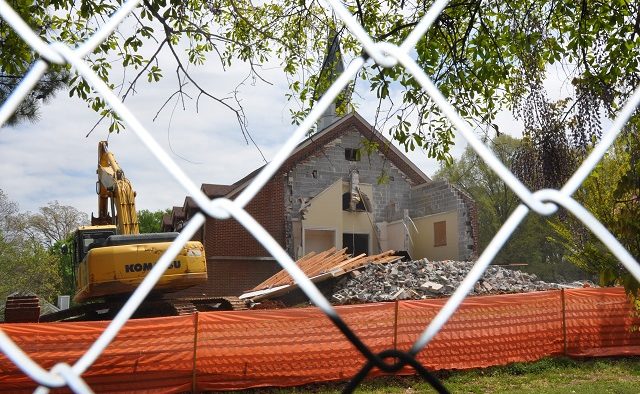 Today is the day.

Contractors are removing a church at 109 Hibernia Avenue. Developer Thrive Homes is razing the church to build 20 townhomes – the developer describes them as “detached cottages” – that will go for $450,000 to $550,000.

Decatur resident Nathan Nobis posted this video of the demolition in progress.

The church property is formerly the site of Christ Covenant Church, but prior to that it was the home of the Antioch African Methodist Episcopal Church, the first black church established in the city of Decatur. The church was established in Decatur in 1868 and moved to Hibernia, then called Atlanta Avenue, in 1965. The church relocated to Stone Mountain in 1995.

Here are photos from the demolition in progress … 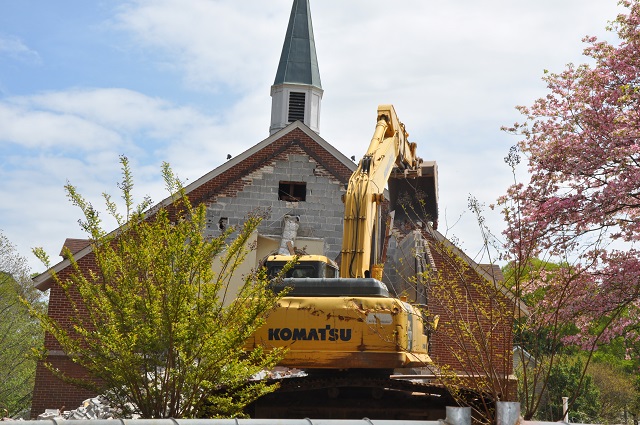 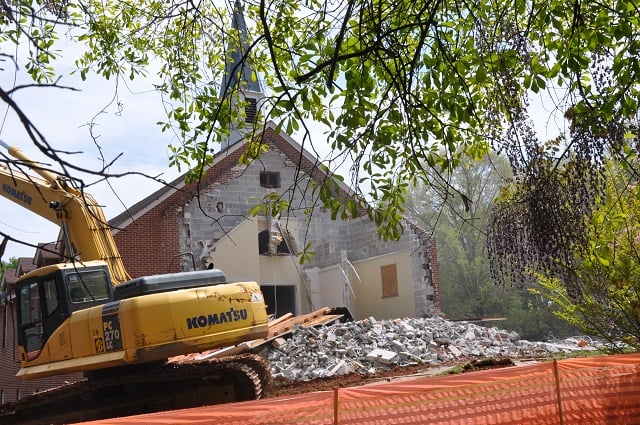 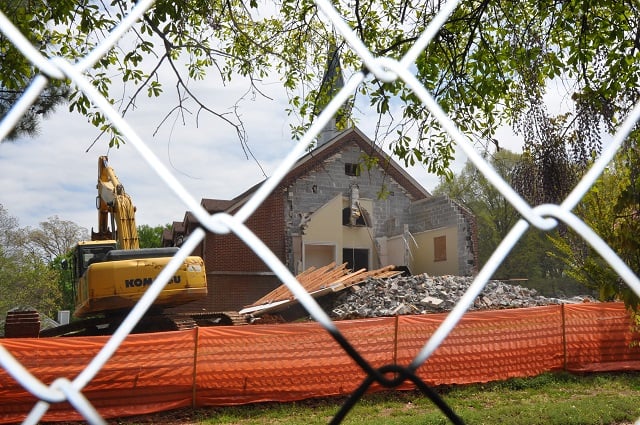 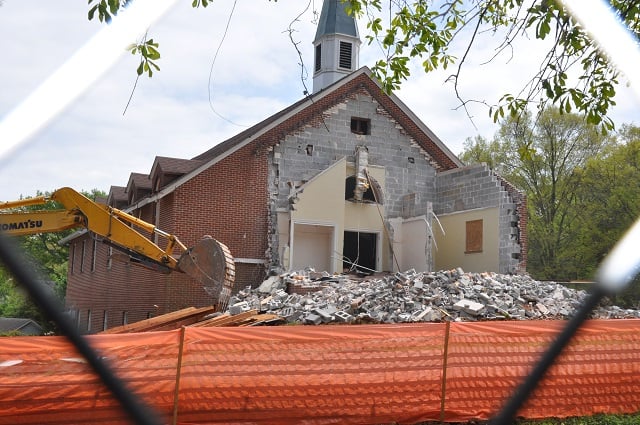 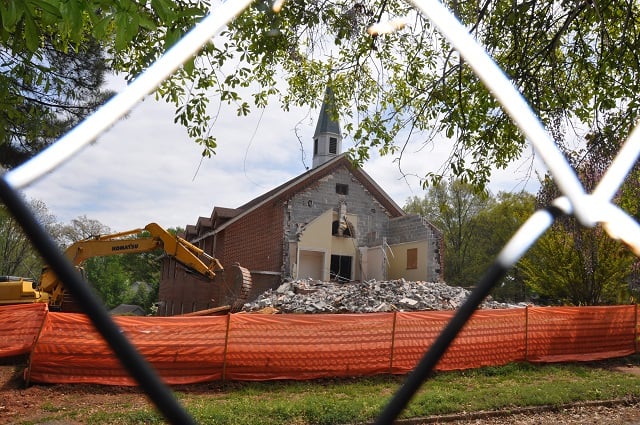 By Thursday afternoon, families stood on the sidewalk in front of the church to watch the demolition. The kids threw rocks down the driveway. The neighbors said they felt as though the city didn’t stand up to the developers and could’ve done more to slow down or stop the project. The property is already zoned for high density single family residential and the developers did not have to seek any additional zoning. Thrive did ask for a zoning variance, which would of required approval by the Zoning Board of Appeals, but later withdrew that request. 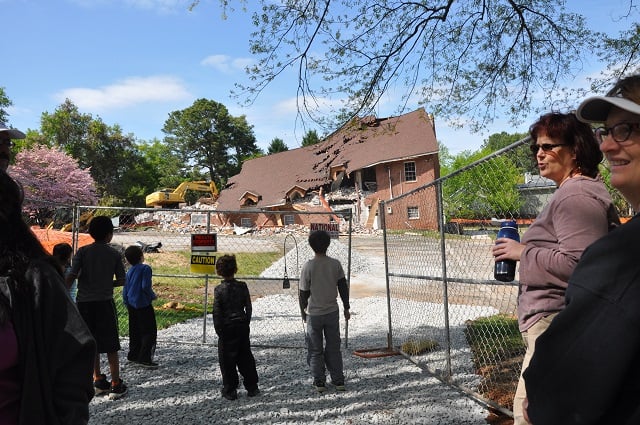 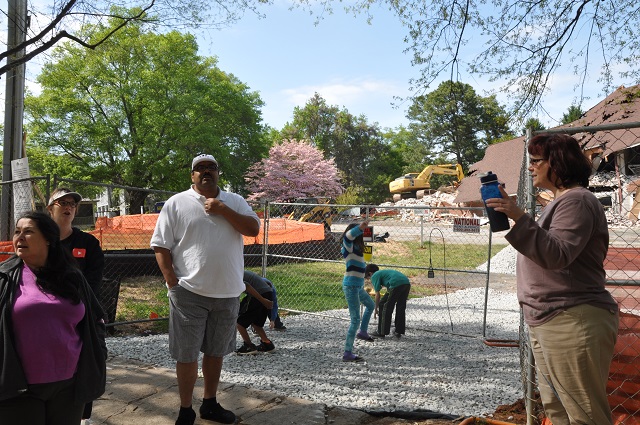