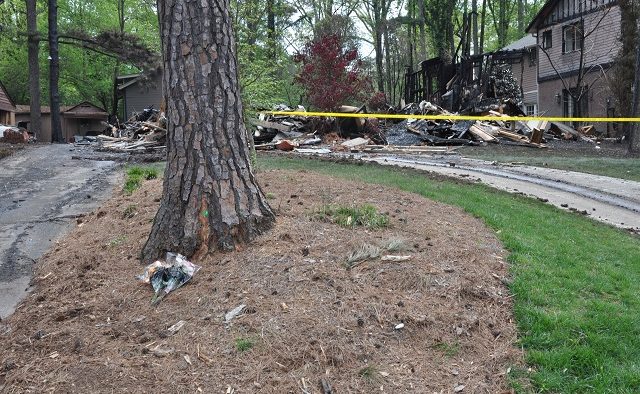 Someone left bouquet of flowers in front of a tree next to an Avondale Estates house that burned on April 12. Photo by: Dan Whisenhunt
Share 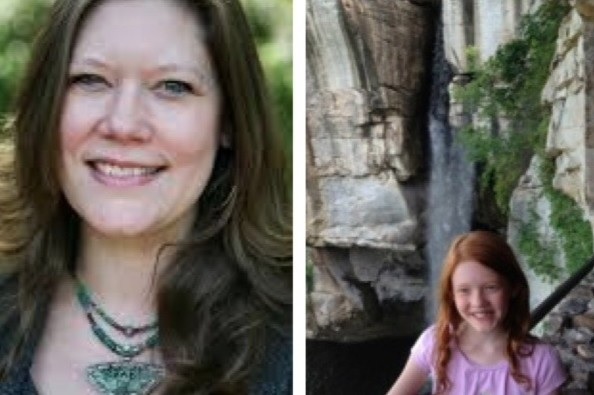 An overnight fire killed a mother and daughter in Avondale Estates.

Capt. Eric Jackson said DeKalb County Fire and Rescue received a call about the fire at 70 Lakeshore Drive at approximately 11:08 pm Saturday night. DeKalb Fire officials did not have the names of the victims, but a Go Fund Me account identified them as Tami Willadsen, 43, and Jess Willadsen, 10.

The father, Dave Willadsen had minor burns and their son, Jack, 5, is in the Grady Hospital burn unit. Cpt. Jackson said the boy is in critical condition.

“Please realize that this family lost everything as their house was completely destroyed and Dave was self-employed and worked from home,” the Go Fund Me account says. “The other families will be displaced for some time until repairs can be done. Donations will go a long way in helping during this terrible time.”

Jackson said investigators believe there was a “gathering” at the home before the fire broke out.

“There were other people than the family that were there,” Jackson said. He said investigators are still in the process of interviewing the people who were there. 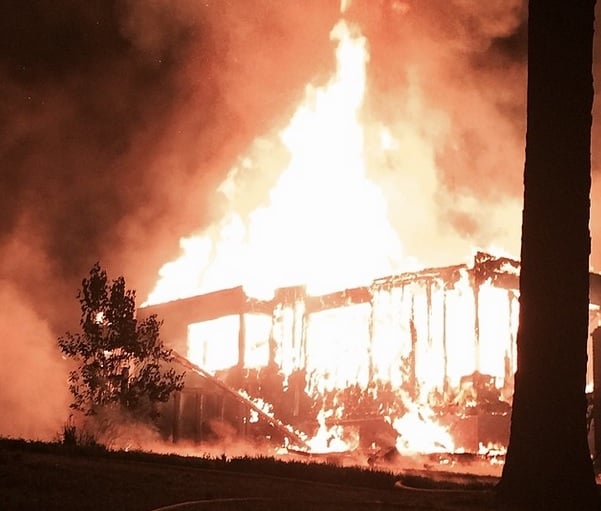 Neighbors and fire officials said the Willadsens had just moved into the home, which has a view of Avondale Lake. One neighbor, who is also a Realtor, said the home had recently sold for around $800,000 and there were movies filmed at the home before the family moved in. There were also neighbors who witnessed the fire, he said.

On Sunday morning, neighbors gathered in front of the home,  asking each other if they knew what had happened. There was a stream of watery ash visible in the driveway. Someone had left a bouquet of flowers by a tree in front of the house. 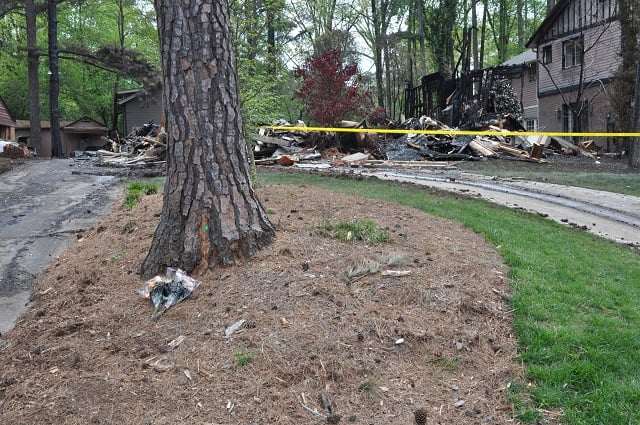 Someone left bouquet of flowers in front of a tree next to an Avondale Estates house that burned on April 12. Photo by: Dan Whisenhunt

An Avondale Estates home was completely destroyed during an April 12 fire. Photo by: Dan Whisenhunt

Please be aware that tragedy has struck our community with the house fire that consumed 70 Lakeshore Drive on Saturday evening and damaged nearby homes. It saddens me deeply to inform you that two of our beloved neighbors perished and a third was seriously injured. There just are no words that can convey the sense of loss we are experiencing as a community.

Many friends and neighbors have begun efforts to help the families that were affected by this tragedy. We are a caring, close-knit community that will pull together to assist the affected families and we will pass along more information on how you might help.

The death of Tami Willadsen and her daughter Jess has stunned the community. Willadsen’s son, Jack, is in critical condition at Grady Hospital. Her husband, David, sustained minor injuries in the fire.

Tami Willadsen was known in the community for her philanthropy. She was she was chairwoman of the board for EarthShare of Georgia, President of the Museum School Foundation and in November was named Director of Philanthropy at The Nature Conservancy in Georgia.

“I am excited and humbled to serve the mission of The Nature Conservancy,” Tami Willadsen said in a November 2013 press release announcing her new role. “I am proud to be a part of an organization that is looking forward toward solutions that balance the needs of people and the environment in Georgia and around the world.”