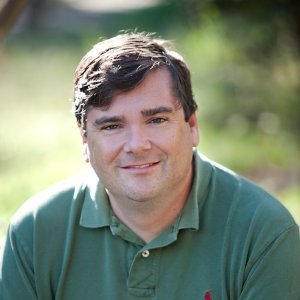 Kirkwood developers Stan Sugarman and Atticus LeBlanc received accolades from Atlanta’s Urban Design Commission for one of their reuse projects.

On May 20 the Commission gave the building at 1939 Hosea L. Williams Drive NE an “Award of Excellence.” The commission oversees projects in historic districts in Atlanta.

The nomination form for the award says, “Through its annual ‘Awards of Excellence’ competition, the Atlanta Urban Design Commission honors those projects, programs, individuals and organizations that have significantly contributed toward the enhancement of the City of Atlanta’s built environment, the preservation of our physical heritage, and the sympathetic balance between the old and the new.”

According to the press release from the developers, the building is at the corner of Hosea Williams and Doyle Street in downtown Kirkwood and is currently home to Stryant Construction and Management, a firm owned by Sugarman and LeBlanc. LeBlanc, also is a candidate for the DeKalb County Board of Education’s District 3 seat and will face Michael Erwin in the July 22 runoff election.

The developers discussed how they went about renovating the property at 1939 Hosea.

“The 1,650 square foot building, which had been an old gas station, was purchased by Stryant in 2012 and redeveloped last year,” the press release says. “The original underground fuel tanks and canopy were removed as part of the site’s environmental remediation process, but the building’s exterior was restored to achieve slightly modern look for a vintage 1950’s era gas station. The interior features modern furnishings and glossy concrete floors, with three offices, a kitchenette, a conference room, and two baths (one with shower).”

LeBlanc said, “We’re very excited to be a part of Kirkwood’s revitalization. My business partner, Stan, has lived in Kirkwood for many years, and I live close enough to bike to the office. We specialize in finding dilapidated houses or buildings and trying to make them both attractive and productive without tearing them down, so we were thrilled to have had the opportunity to re-use the existing building and occupy the space.”