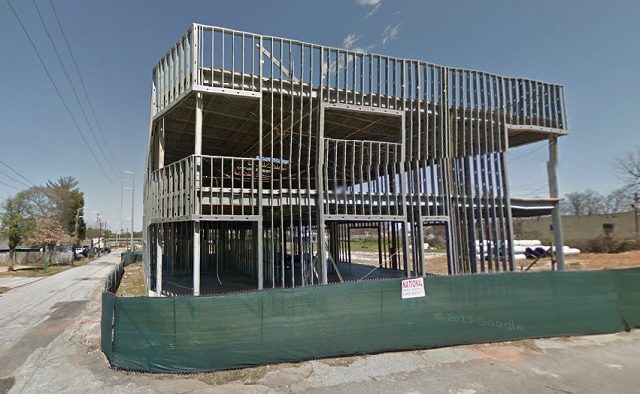 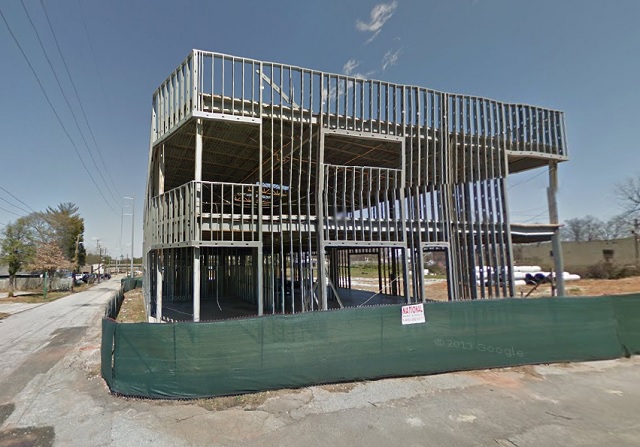 It looks like Euramex Management has big plans for Avondale Estates.

Last week, Decaturish.com reported that the company has the 13-acre Fenner Dunlop property under contract with plans to create a mixed-use development there.

Now the Atlanta Journal Constitution reports that the company has recently purchased the so-called “erector set” property at College Avenue and Maple Street. The building was constructed in 2008 and was supposed to be the new home of the Finders Keepers Consignment store. It was all part of a larger plan by developer Century/AG LLC that fell apart. The company filed for bankruptcy in 2010. The city of Avondale Estates recently purchased 4 acres of property slated for that project from the bank.

At the time that deal was announced, it was also reported that the erector set was under contract.

A developer familiar with Euramex Management’s plans said the purchase of the erector set is part of a wider vision for Avondale.

“They’re definitely branching out,” the developer said. “They were talking about a retail piece  … (The developer) wants everything pretty around his property.”

Euramex is also planning a project in Kirkwood. The company is proposing a development of 250 to 260 apartments behind Kirkwood Station. The company has the adjacent apartments at 1910 Bixby Street under contract. If the project moves forward, those apartments would be razed and replaced by apartments that would lease for an average of $1,400 a month.