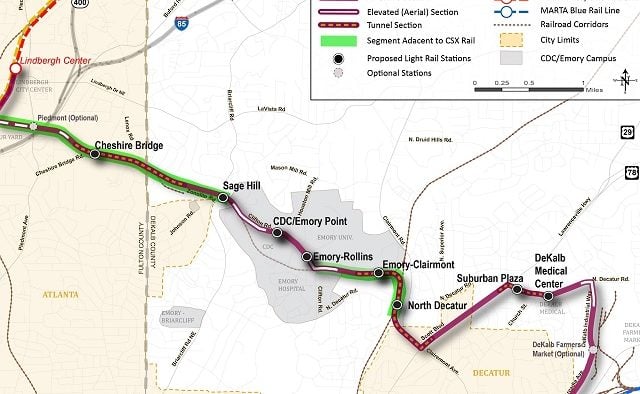 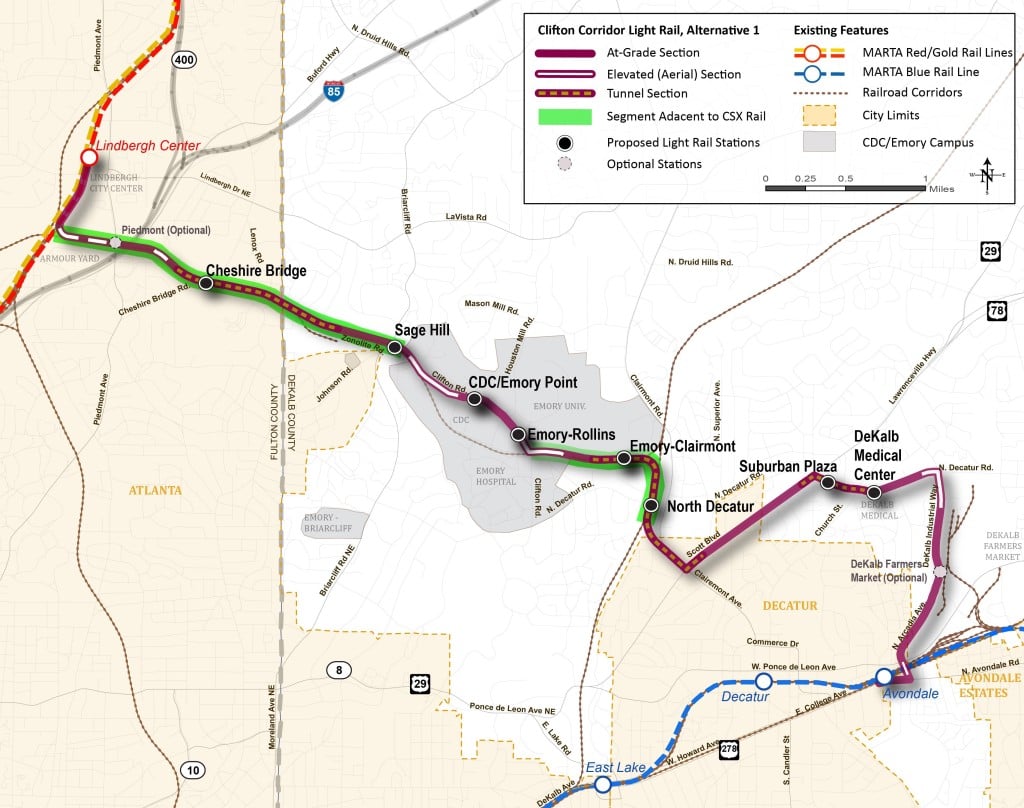 A map of Alternative 1 for the Clifton Corridor light rail project. Click to enlarge Source: www.itsmarta.com

A proposal to pay for upgrading area roads and transit may have failed in 2012, but MARTA hasn’t given up on one of the biggest projects on the proposed to-do list.

Plans for light rail that would connect the Lindbergh and Avondale MARTA stations along the Clifton Corridor will get a public hearing this month.

According to the Emory Report, MARTA will hold input meetings on the project on Dec. 4 at Westminster Presbyterian Church, located at 1438 Sheridan Road and Dec. 9 in room 316 of the Emory Student Activity and Academic Center, located at 1946 Starvine Way on Emory’s Clairmont Campus. Both meetings are open to the public and will begin at 6 pm and end at 8 pm.

The Clifton Corridor Transportation Management Association website says, “The Clifton Corridor is home to over 30,000 employees and is the largest activity center in the metro Atlanta region with no direct access to a MARTA station or the interstate system. It is estimated close to 50,000 cars pass through the Corridor each day, overloading the two and four lane arterial roads leading into the area.”

– Alternative 1, which would have 10 stations and stop at Emory’s Clairmont campus.

– Alternative 2, which would have 12 stations. “This alternative would require negotiations with CSX to share right of way along certain portions of the alignment. It would not include any tunnels,” Emory Report says. “Instead of the stop at the Emory Clairmont Campus, its route would continue further down Clifton Road with a stop at Emory University Hospital.” 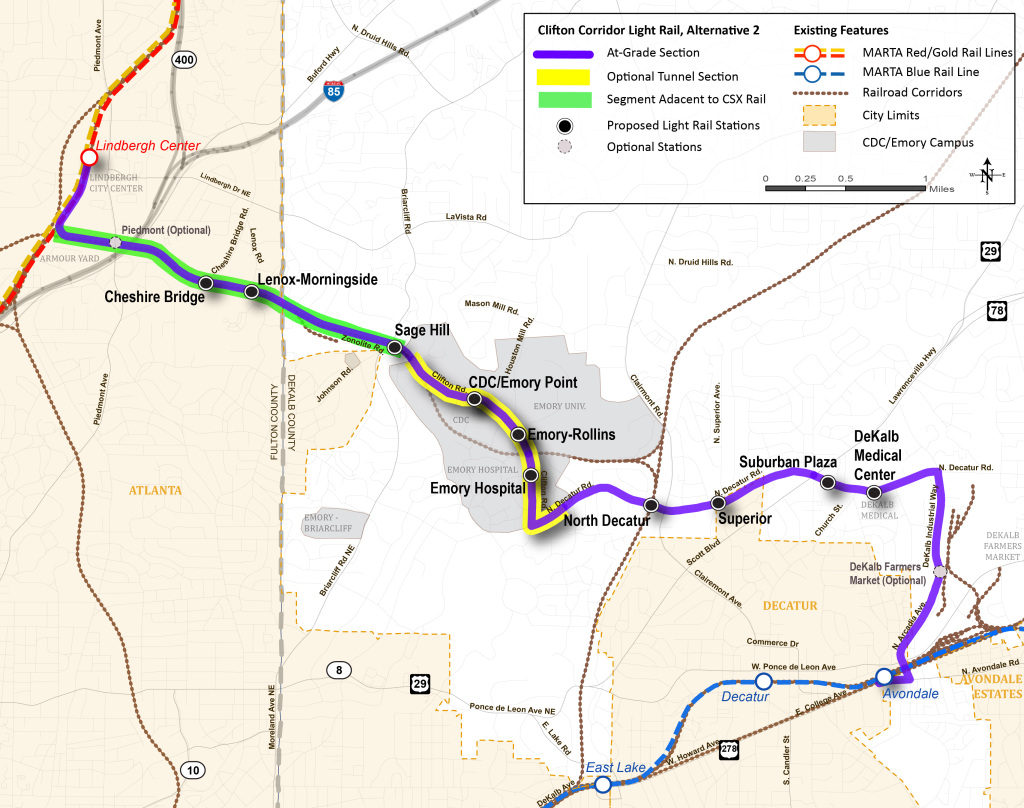 A map for Alternative 2 for the Clifton Corridor light rail project. Source: www.itsmarta.com

– Design Option C would have 11 stations. According to Emory Report, “As currently configured, it would follow a similar course as Alternative 2 from Lindbergh to Sage Hill except that there would be a tunnel with underground stations at the CDC, Emory University Hospital and North Decatur; the remainder of the alignment would continue at-grade.”

Transportation will be on the agenda in the 2015 session of the state General Assembly. Legislators may consider a funding proposal that only covers a few Metro Atlanta counties instead of proposing a plan to cover multiple counties.

In 2012 metro Atlanta voters roundly rejected TSPLOST, a proposed penny sales tax that covered multi-county areas throughout the state. If it had passed, it could’ve raised billions for transportation improvements, including the Clifton Corridor rail project. The funding plan and the list of projects didn’t satisfy several key constituencies, including members of the Tea Party, the ultraconservative wing of the modern Republican Party, and the state NAACP.

According to Emory Report, local funding will be needed to match federal grant funding for the Clifton project to move forward.

To read the full article from Emory Report, click here.