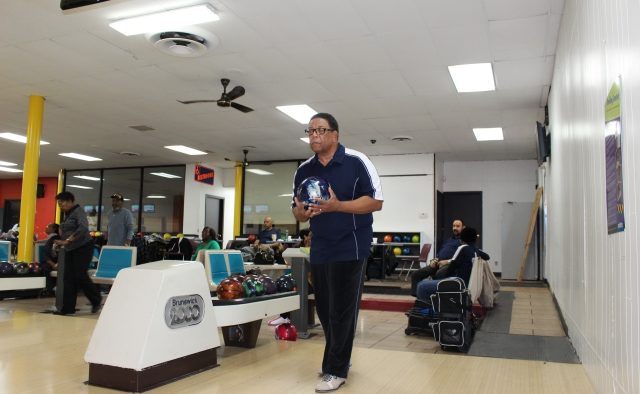 69-year-old Johnny Worthem said he has been bowling at Suburban Lanes for 25 years. Feb. 2015. Photo by Dena Mellick
Share 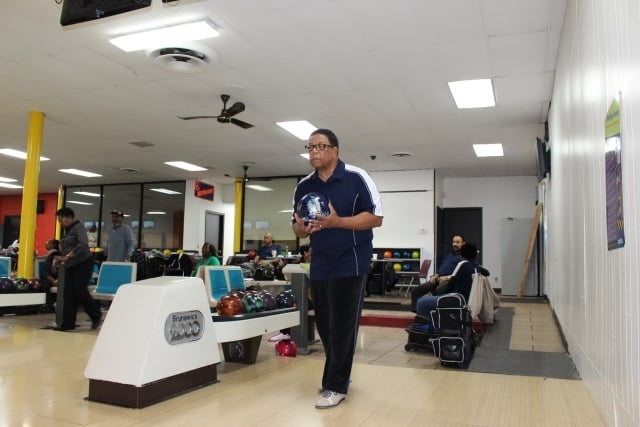 69-year-old Johnny Worthem said he has been bowling at Suburban Lanes for 25 years. Feb. 2015. Photo by Dena Mellick

The owners of Twain’s have unveiled the new name of Suburban Lanes Bowling Alley, which they have purchased.

In January, Decaturish reported that Suburban Lanes would not be staying in Suburban Plaza. Selig Enterprises, the developer of Suburban Plaza, made the announcement at a community meeting. The response from the community was swift, with many mourning the loss of the bowling alley, which had been there for decades.

Thomas and Trisha Walker, the owners of Suburban Lanes Bowling Alley, said they had lost their lease, but wanted the bowling alley to stay in the community. They campaigned to keep it there, as they looked for a new owner to buy Suburban Lanes from them.

Uri Wurtzel said, “We heard and we read Decaturish as part of that, your stories about how the Walkers were looking at the end of their lease and were hoping to find a buyer for it. It was at the time when we had been exploring some other opportunities in terms of opening up another place.”

“The more we thought about it, the more it made sense as something that shares a lot with our current establishment,” Wurtzel said. “With Twain’s, it’s kind of a place to hang out, there’s more to do than just have some food and drink. We just started running with it and exploring the idea, and here we are.”

Thomas and Trisha Walker wrote a letter to patrons of Suburban Lanes and posted it on the website. They thanked the community for nearly 60 years of patronage and said, “We want to thank Decaturish for their article about the possible shut down of Suburban Lanes and to appeal to the community to keep it open. We appreciate the outpouring support and all of the customers who signed petitions to save the bowling alley (online and in bowling center).”

They went on to say, “We wish Ethan and Uri Wurtzel, owners of Twain’s Brewpub & Billiards, and General Manager, Ben Horgan, all of the best in their success.”

The group behind Twain’s have said they intend to open Comet Pub & Lanes this fall. Wurtzel said it will have hand-tossed pizza, craft beers, and a full kitchen and bar.

An article in Atlanta Magazine reports it will have 15-20 brews on draft and wine available. It also says, “About 90 percent of the space will be remodeled to include reclaimed church pews as on-lane seating, couches, and a bar made from a reclaimed bowling alley.”

Wurtzel said the bowling alley will have some billiards tables. Atlanta Magazine reports it will also have “vintage arcade games like pinball, plus shuffleboard.”

Wurtzel said last month the new owners are already reaching out to the bowling leagues that have long bowled at Suburban Lanes.