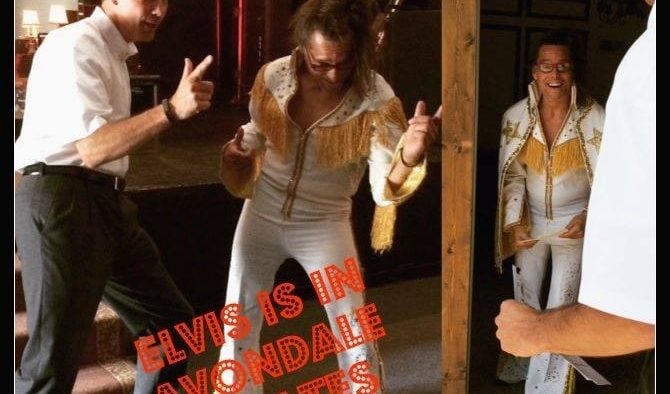 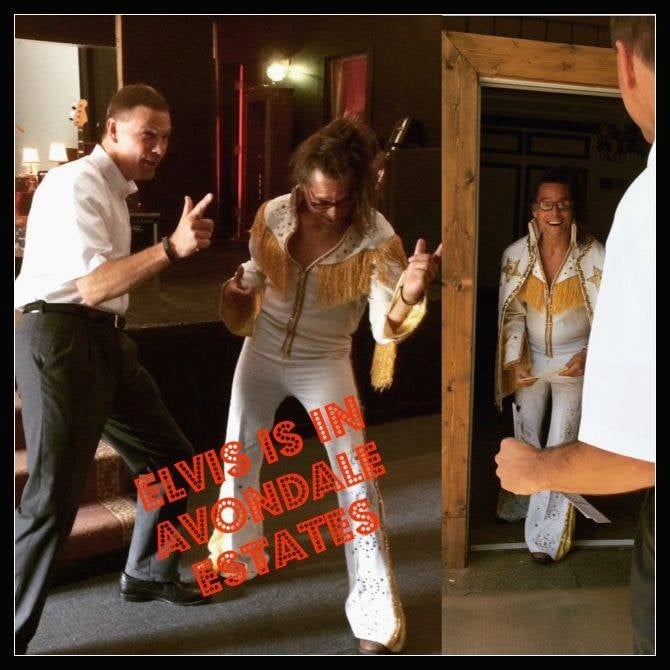 It has been more than a year since Avondale Estates City Commissioners signed off on turning the city’s historic Towne Cinema building into a music venue.

On Friday, the city announced that the venue is open for business.

The city has issued a business license and certificate of occupancy to Tony Longval, a roadie turned entrepreneur. It appears the music venue will be called Towne Cinema as well, according to the company’s Facebook page. The company’s website declares the venue is “Now Open!”

Longval dressed up as Elvis to celebrate the occasion, a nod to a legend that the King performed at the theater back in its heyday.

Longval has worked in the music business for decades and has spent the last seven and a half years as a drum tech and “merch guy” for the band Sister Hazel.

It was most recently used as the Nickel & Dime Recording Studio.