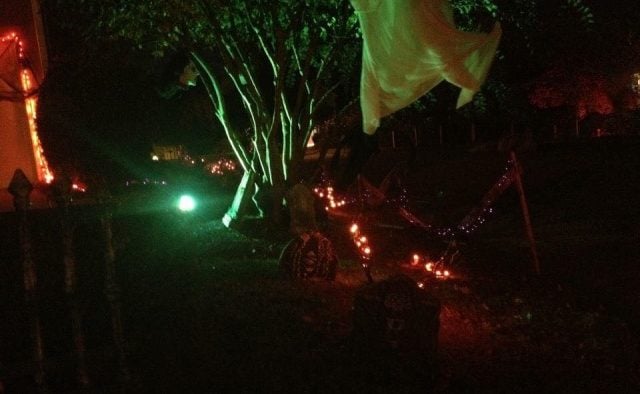 Jennifer Jones-Mitchell took this photo of her decorated front yard on a previous Halloween night.
Share 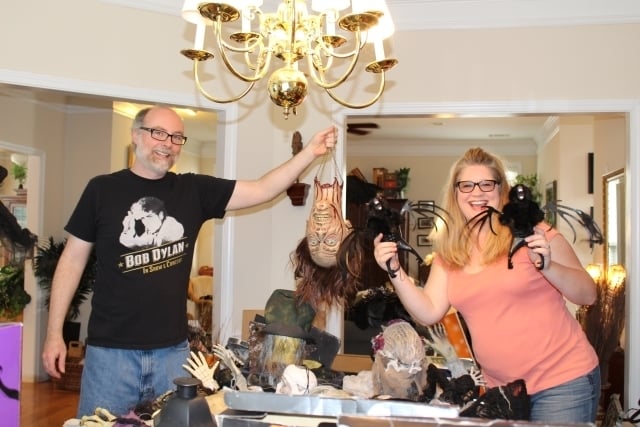 David Mitchell and Jennifer Jones-Mitchell sort out Halloween decorations. They say it normally takes them about six weeks to fully decorate their home for the spooky holiday. Photo by Dena Mellick

Avondale Estates’ resident Jennifer Jones-Mitchell has loved Halloween as long as she can remember. Jones-Mitchell, who runs a boutique PR agency and is also an artist, started decorating her childhood home and scaring other kids after she grew too old to trick or treat.

“I grew up in Marietta, and there was a dad in the neighborhood who always used to do this,” Jones-Mitchell said. “His house was at the bottom of a hill, and my brother and sisters and I would walk down the hill and we would see kids screaming and running away. We’d just get so excited, we couldn’t wait.”

Now Jones-Mitchell and her husband, composer David Mitchell, take delight in decorating their own Avondale Estates home at 402 Kensington Parc Drive for Halloween. Jones-Mitchell says it’s a family affair. David Mitchell, who Decaturish wrote about previously for writing a piece called “Lake Avondale,” has composed frightening music to blast at trick or treaters walking to the house. And his 11-year-old daughter is getting in on the fun, helping to scare kids coming to the house.

The home has become a popular place for trick or treaters. Mitchell said one year he came home from work and couldn’t find a place to park. Jones-Mitchell says other parents set out lawn chairs in front of her home just to watch the trick or treaters get frightened.

The couple says they normally spend six weeks setting up a haunted maze, a graveyard, and all sorts of animatronics in the front yard of their house. When Decaturish stopped by on October 9, Jones-Mitchell said they were way behind on decorating this year. But she shared their tips and tricks for spook-ifying the home on the cheap. 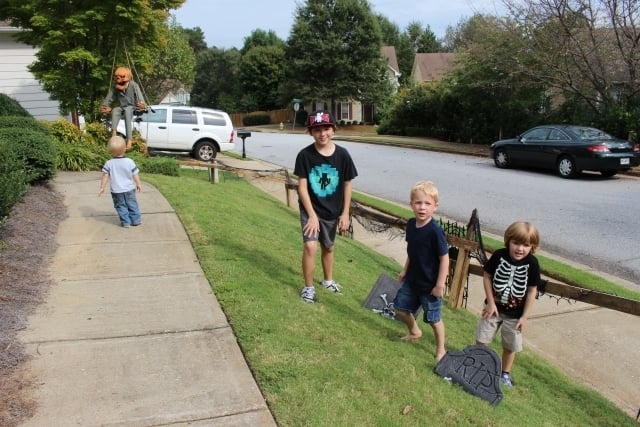 Neighbor Connor McKeown (2) looks intently at a decoration while Harrison O’Neal (9), Aidan McKeown (5), and Ronan O’Neal (4) check out the decorating work in progress. Jones-Mitchell says one tip she has for saving money is to buy Styrofoam tombstones and then split them in half. They look scarier and you get more for your money. Photo by Dena Mellick 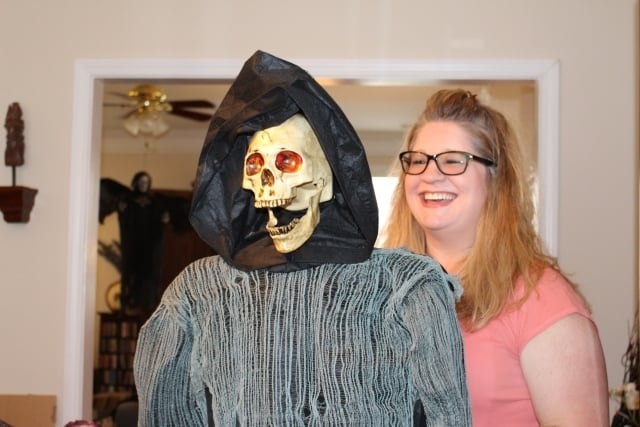 Jones-Mitchell said another inexpensive decorating idea for the window is to take a lamp or art easel, drape a newspaper-stuffed jacket over it and put a cheap Halloween mask on it. Photo by Dena Mellick 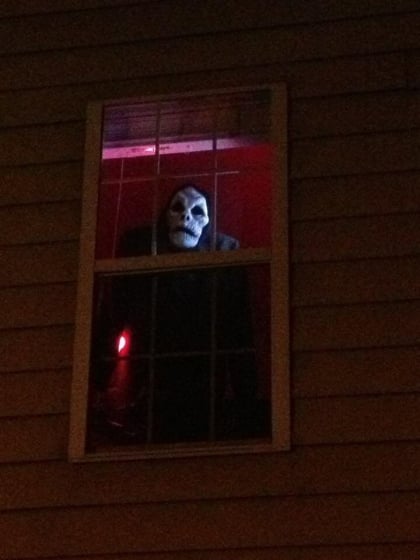 With some lighting, the result is a very scary window. Photo provided to Decaturish by Jones-Mitchell 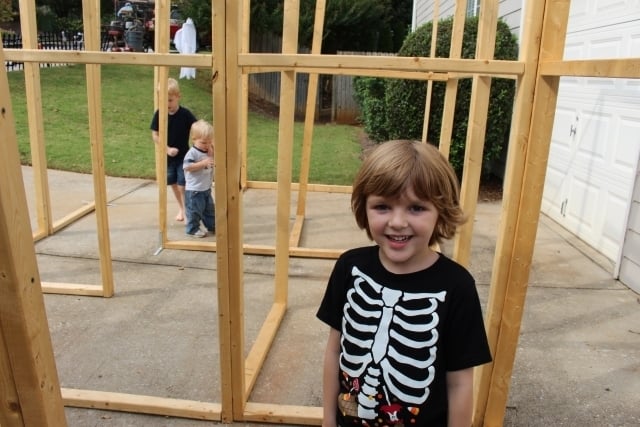 4-year-old Ronan O’Neal enjoys the empty maze. Jones-Mitchell said on Halloween it will be draped with black fabric and gauze and filled with animatronics that jump out at unsuspecting children trying to get to her front door for candy. Photo by Dena Mellick 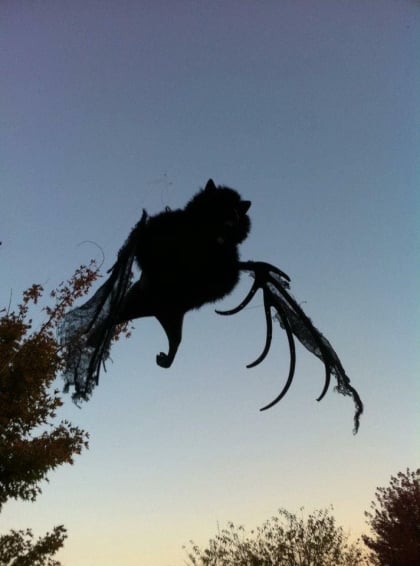 Jones-Mitchell says another inexpensive decoration is to hang bats and ghosts on fishing line. They swing in the wind, creating a spooky effect. Photo provided to Decaturish by Jones-Mitchell 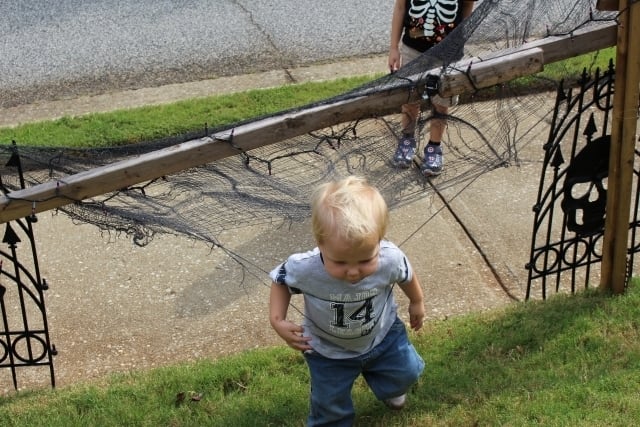 Two-year-old Connor McKeown gets caught in the spider’s web. Jones-Mitchell says she waits to turn on the animatronics and scary music until dark after the younger children have stopped by for candy. Photo by Dena Mellick