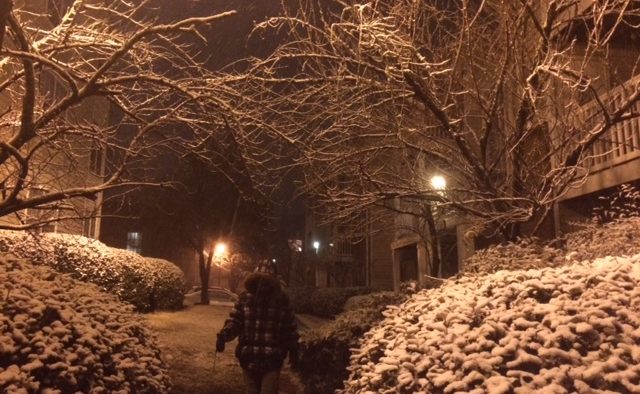 Readers can send us snow photos at editor@decaturish.com and we’ll post them here. 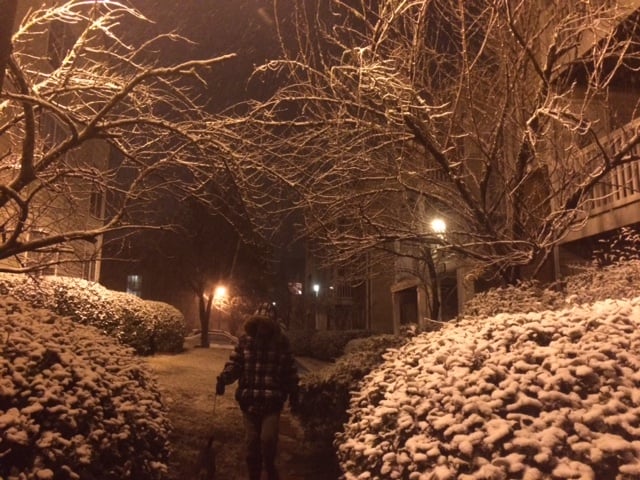 Mark Hunter posted this photo on Facebook (which we are reusing with this permission). He writes, “Update on the (Oakhurst) village. A very large tree fell on the power lines in front of McGowan’s about 45 minutes ago. West Hill is blocked. Crews are on site as of about 10:00 and are currently in the tree cutting it down. But it’s bound to take a while. Power poles on both sides were damaged, so the utilities crews will have to get at them once the tree is removed and the area made safe.” 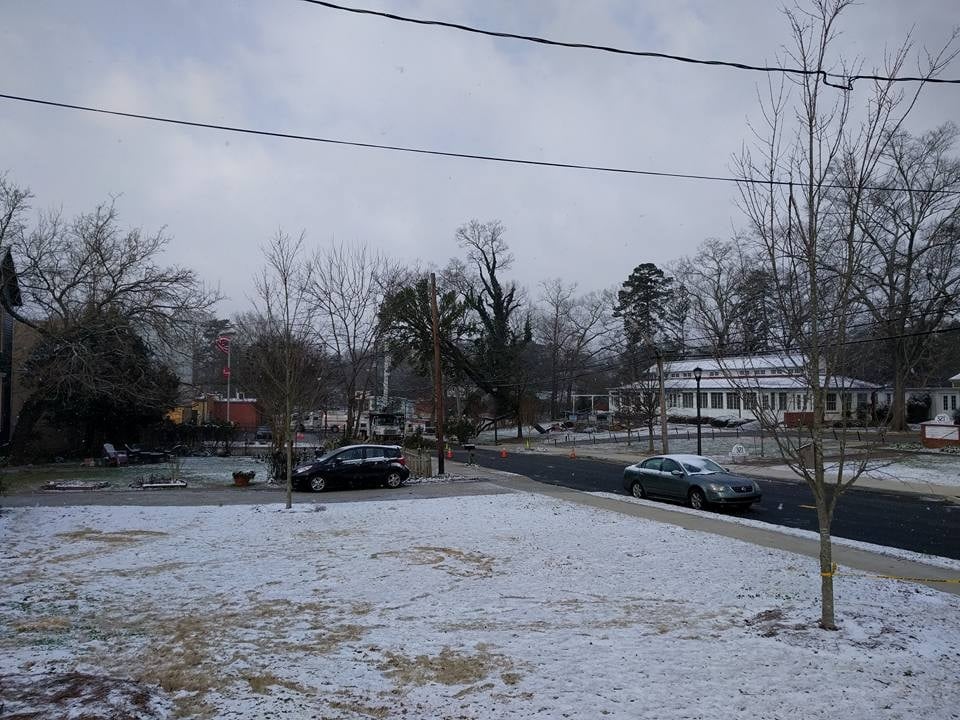 Hunter sent over an update: 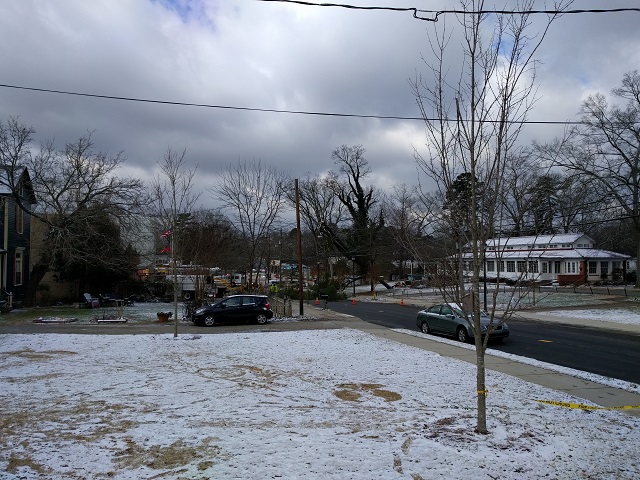 Photo as of 10:51 showing not much change. Main branches off, but still on the lines. 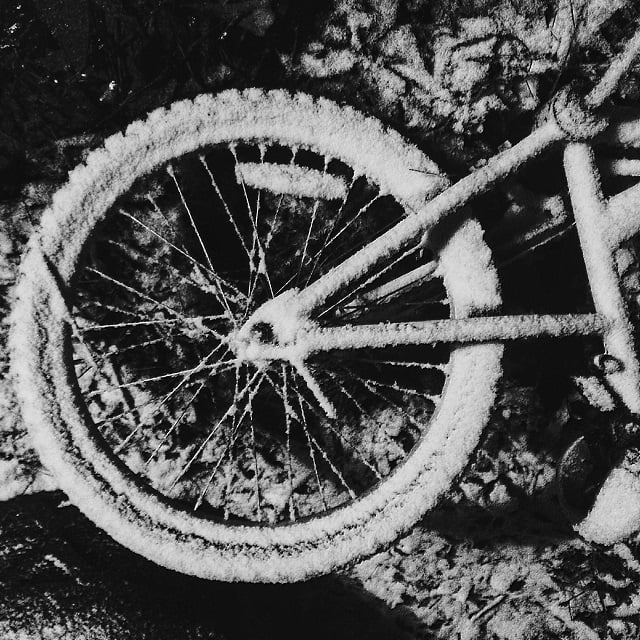 Associate Editor Dena Mellick sent us these. She said, “The same house on Lockwood Terrace in Decatur Heights that had a tree come down in November had a tree come down today on top of a car. This was our November photo from this story. The homeowner had a professional out giving estimates on removing the fallen tree and the one still standing. She was concerned the roots may have been compromised and could fall on her neighbor’s house. She said in a neighborhood post that two arborists had previously said the tree was healthy and didn’t have to be taken down.” 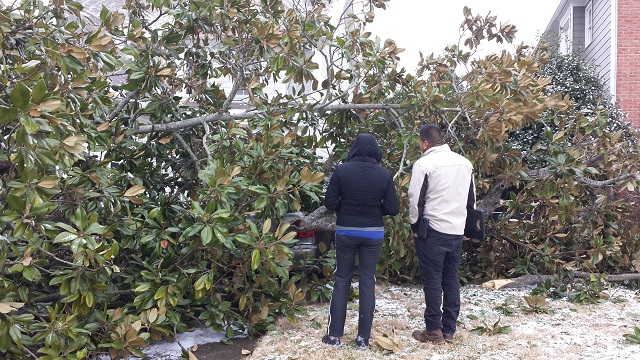 The Decatur Heights homeowner (left) along with a professional offering an estimate look at her car trapped underneath the large tree. Photo by Dena Mellick 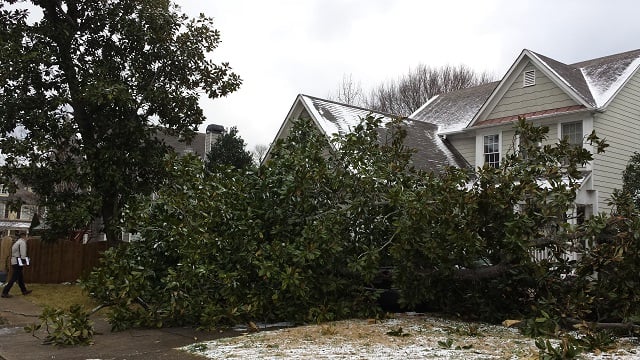 The large tree that came down blocks the driveway and came down on top of a car. Photo by Dena Mellick 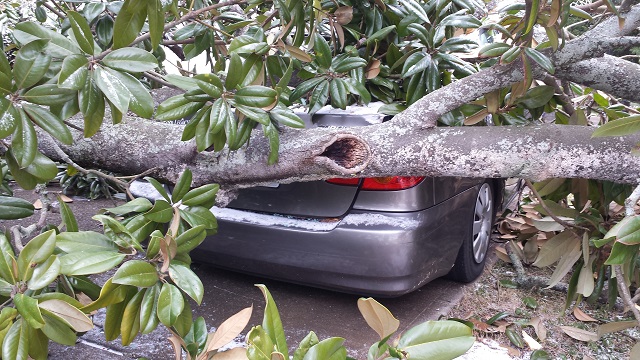 Snow and wind may have brought down this tree on a car in Decatur Heights. Photo by Dena Mellick 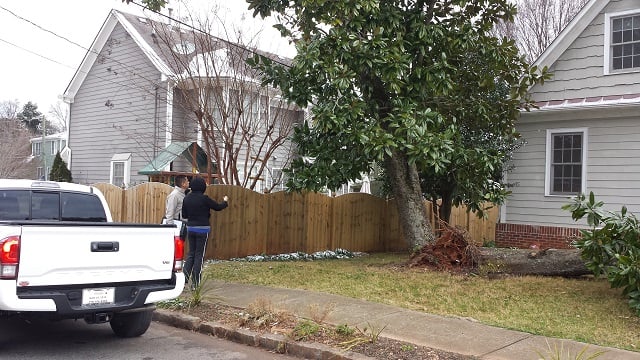 The homeowner was concerned the downed tree may have compromised the root system of the tree that is still standing. Photo by Dena Mellick 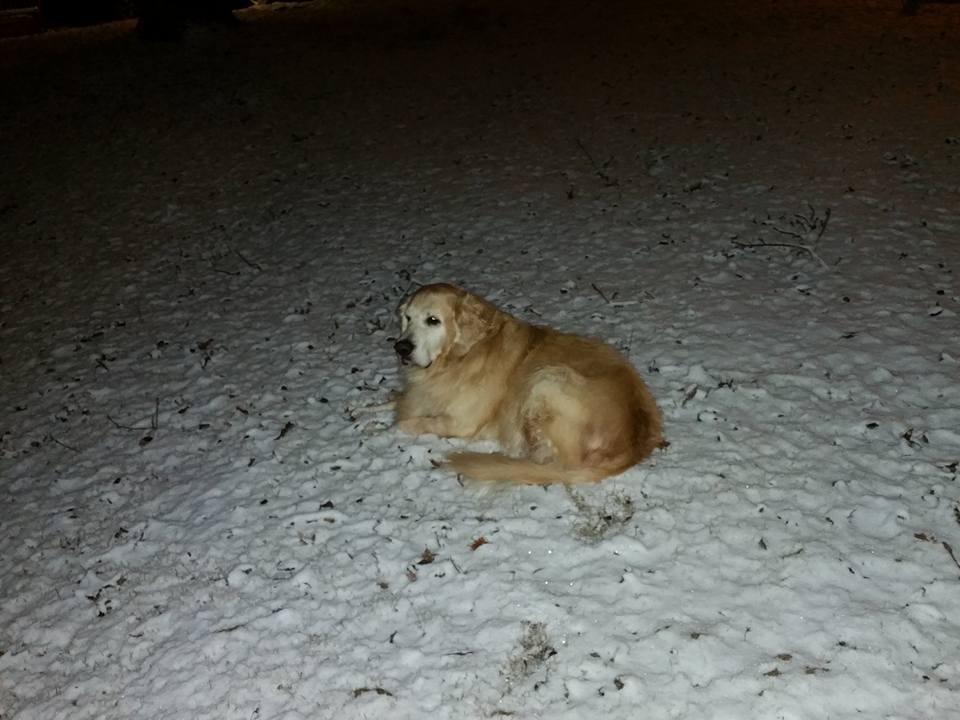 Tory Heller says, “My husband and I moved from Chicago to Decatur 8 months ago.  Our first Georgia snowman.” 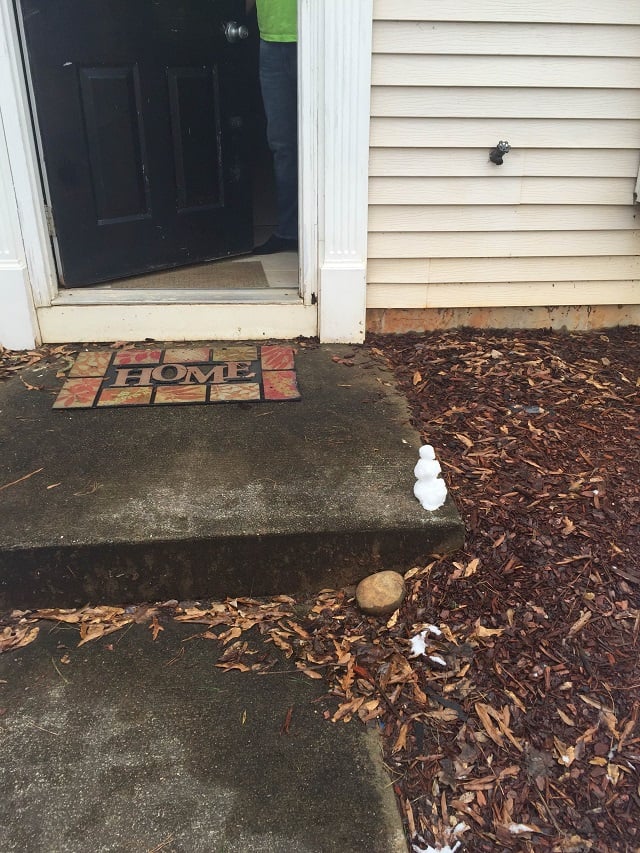 In business news, Melton’s App and Tap is reporting it will be open for normal hours today. Got news about business openings and closings? Email us: editor@decaturish.com, or post in the comments section.