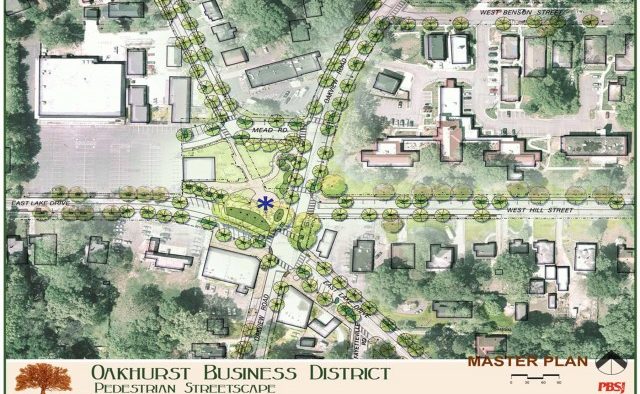 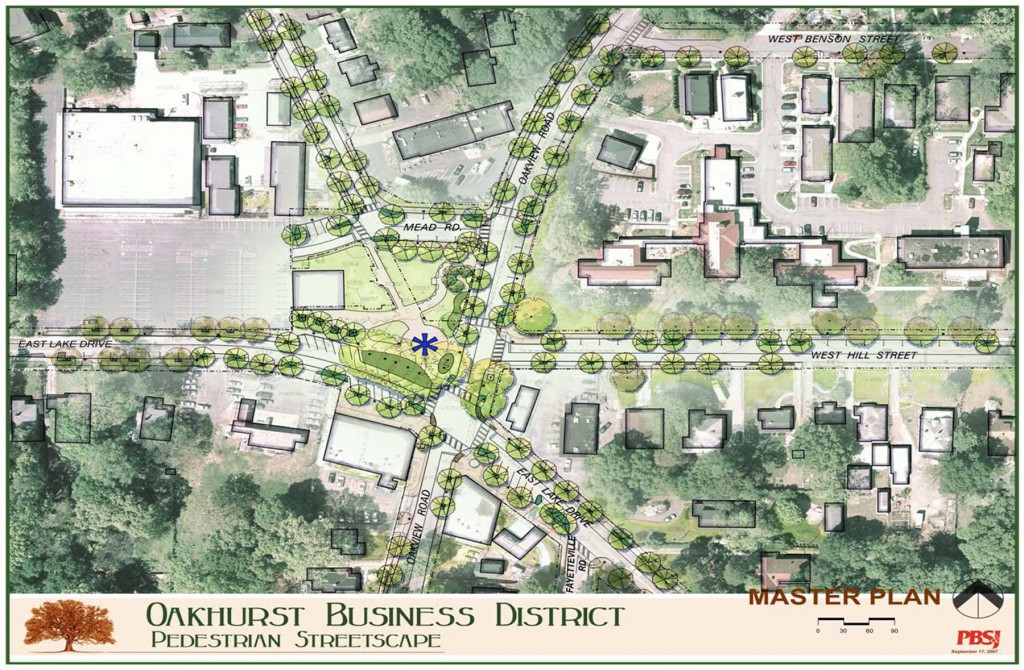 An artist’s depiction of the Oakhurst streetscape project. Source: Decaturga.com

“There is an extensive punch list but the hard scape construction is generally complete,” Saxon said via email. “Georgia Power has finished installing street lights. Benches, litter containers and bike racks are being installed. Landscape installation will take a couple more weeks – of course, this is highly influenced by the weather.”

Back in November, Saxon signaled that the contractor, CMES, Inc., had finished storm drainage improvements and was in the process of completing sidewalks. The construction has gone on for over a year, resulting in the cancellation of Oakhurst’s Arts and Music Festival. In the festival’s absence, the community improvised and came up with Porchfest, which received widespread media attention and acclaim.

When completed, the streetscape project will transform the heart of Oakhurst at the intersections of Oakview Road, East Lake Drive, West Hill Street and West Benson Street. The project is increasing the size of Oakhurst’s Harmony Park. Off-street parking on the park’s south side is being replaced with a pedestrian plaza.

The city set a $2 million budget for the project.