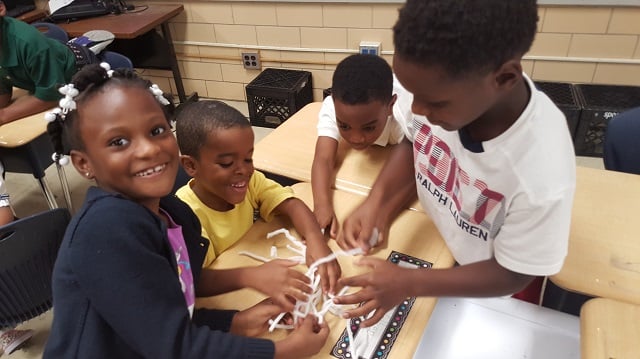 The state Board of Education has agreed to allow DeKalb County Schools more flexibility while increasing educational accountability.

“SWSS contracts are intended to provide local school districts with the flexibility they need to increase student achievement,” the Georgia Department of Education website says.

“With the SWSS designation, we now have freedom from many of the restrictive state practices,” Superintendent R. Stephen Green said in a press release. “This freedom will allow the DeKalb County School District to continue on the road to student growth and achievement as evidenced in the recent CCRPI test scores and increases in graduation rates and SAT scores.”

DeKalb County Schools will have a five-year contract with the state Board of education.

“We have just completed a reorganization that moves decision-making closer to the school house – a regional system instead of a bureaucratic central office hub,” Green said in the press release. “We have finished an intensive audit of our curriculum, instructional practices, assessment, and accountability programs and are significantly upgrading all those areas. Our financial house is stable and, with a new financial management system coming, we will be able to effectively focus more resources on student achievement.”

DeKalb County Schools has been on a bit of a roll lately. The school system’s accreditation status was fully restored in January. DeKalb School of the Arts in Avondale Estates, ranked No. 3 in the state and 102nd nationally, in U.S. News and World Report’s annual list of “Best High Schools”.

The state recently released College and Career Ready Performance Index scores for 2015. The 100 point score is comprised of four parts: Student Achievement, 50 percent, 40 percent progress, and 10 percent for closing the achievement gap, a measure of how schools address the disparity in achievement of different groups of students. DeKalb County’s overall CCRPI score increased from 62.8 to 67.7 from 2014 to 2015.