The Yogurt Tap on Church Street is closing down after seven years in business.

Owner Lindsey Phillips confirmed the news to Decaturish on Oct. 20. The store will close on Nov. 6. Phillips officially opened the business in August 2009 with her husband, Stanford.

“We took on this business together,” she said. “Eight years later we have five children. We both are coaching them in sports. My husband has a family business as well, one his grandfather started in the 50’s. It’s really been me that’s run the shop. I’ve gotten to a point where I need to put my family first.”

“We’re sad but also thankful to be able to make this decision and be able to do it,” she said. “I’m ready to be a mom.”

Yogurt Tap managed to hang in there when its competitors were shutting down. Swirlin’ Twirlin’ closed last year and Froyolo closed in 2014.

Phillips sent Decaturish this letter to share with the community: 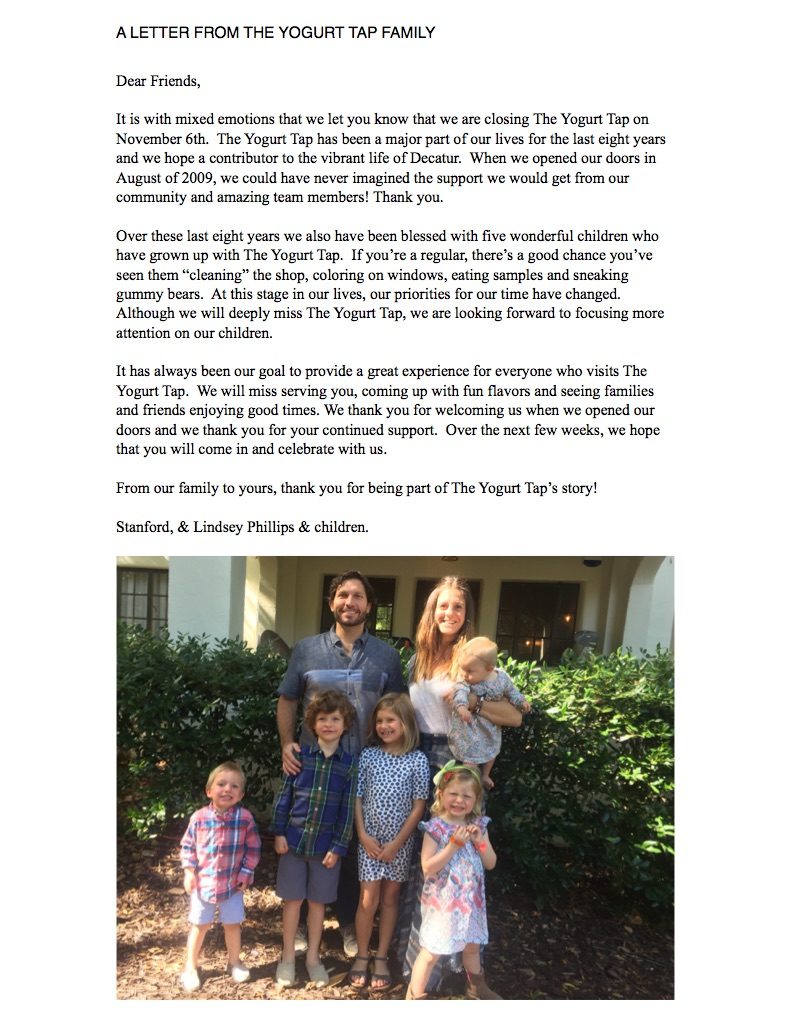