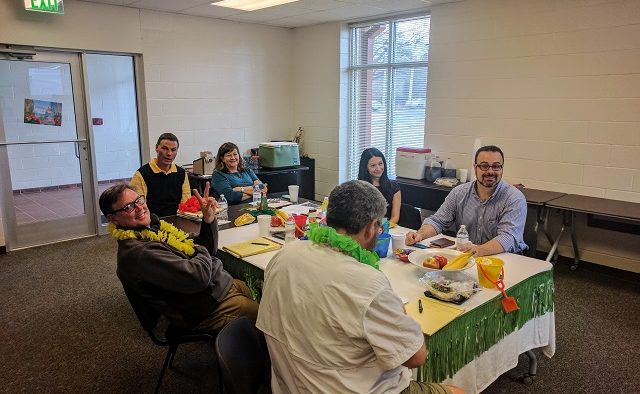 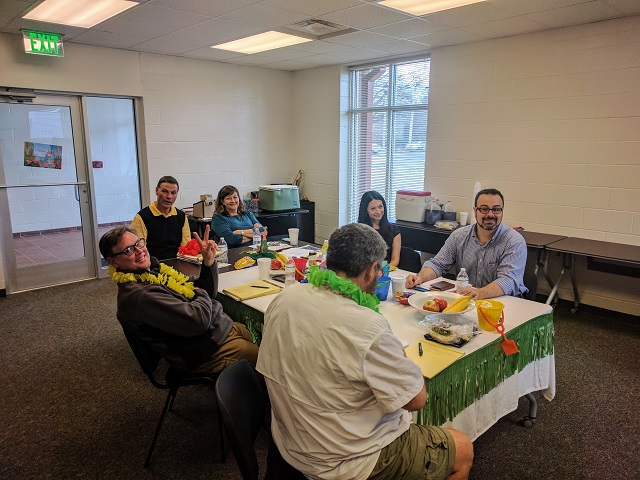 The Decatur City Commission is driving two hours to Brasstown Valley Resort and Spa in Young Harris, Ga. to hold its annual retreat tomorrow and Friday.

The approximate cost to the taxpayers is $5,400. There will be no recording of the meeting that the public can listen to if they are unable to travel two hours to attend the retreat, which is an open meeting under Georgia law. Decatur Mayor Patti Garrett said it’s necessary to hold a meeting two hours away from the city to cut down on “distractions.”

Yet in spite of those distractions, Avondale Estates persevered, holding a retreat in the community room at the fire station near city hall on Wednesday, Feb. 1. The meeting was open to the public. The cost of renting the space? Free. What about the food? City Manager Clai Brown said Skip’s catered it, and it cost about $130. The city will put the recording of its retreat – which had a Hawaiian theme complete with cut-outs of Hula Girls and leis around the some commissioners’ necks – on the city’s website. 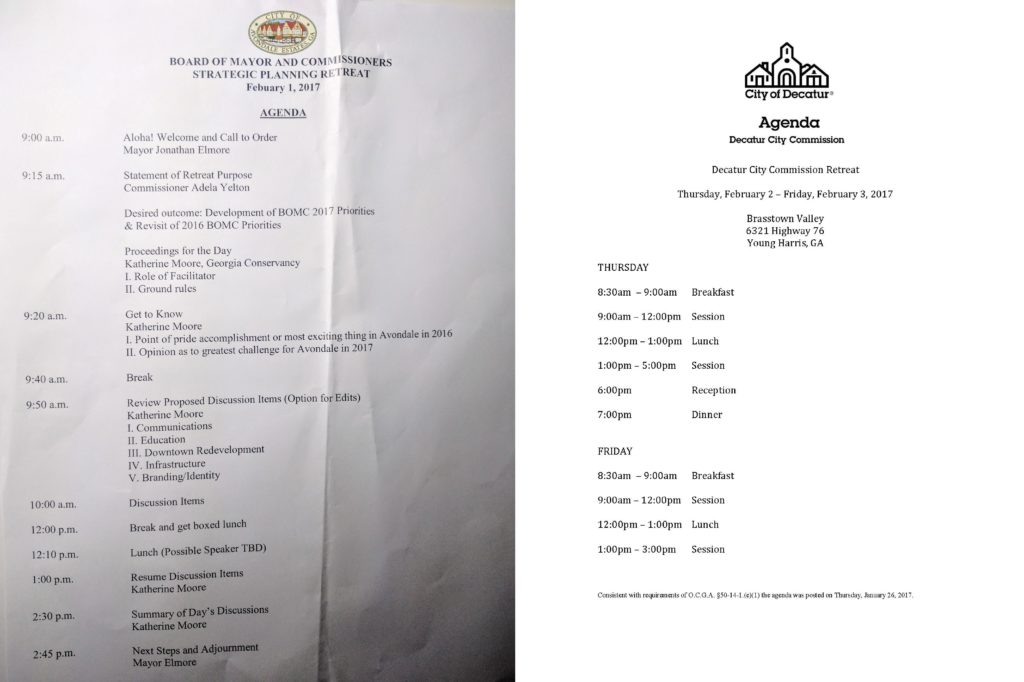 He said this is Avondale’s second retreat. The last one was held at City Hall.

“I don’t see any reason to go anywhere else and do it,” Elmore said. “We’re not a big town with a big budget. I don’t mind doing it here.”