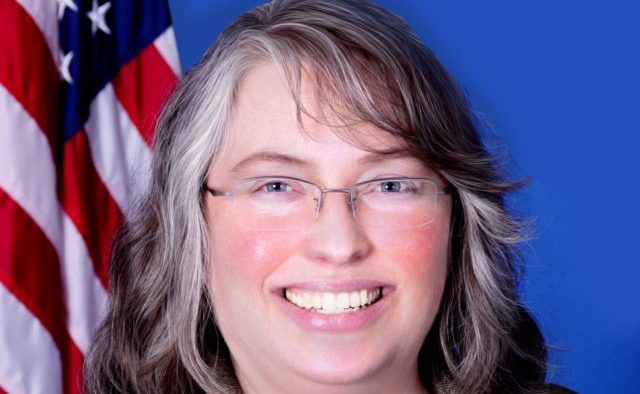 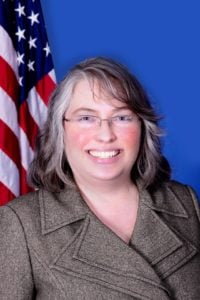 Melissa Manrow, a licensed attorney, sheriff’s office employee and longtime Decatur resident, has announced she is running or the City Commission District 1 seat.

The current commissioner, Fred Boykin, is not running for re-election. Manrow joins Kelly Walsh, a local Realtor, who has also declared her candidacy for District 1.

Manrow is married to Don Carolan, an electrical engineer. She describes herself as, “A proud stepmother, aunt, and dog mom to two corgis.” She’s an “avid knitter” and has completed seven half marathons in the last six years, according to her press release.

In a message to neighbors, Manrow said, “While there are already candidates in this race, I bring the strongest combination of knowledge, experience, and determination to this election. I have loved and been a resident of Decatur nearly my entire adult life, and have been privileged to witness and participate in the hard work and careful planning that have made our city into such a wonderful home town. We have more successes in our future, along with serious matters to consider.”

She’s lived in Decatur since 1989, with the exception of attending law school in Athens, Ga. and a brief period from 1999 to 2001. Manrow is a licensed attorney who works as Director of Accreditation and Inmate Services for the DeKalb County Sheriff’s Office. She has several civil roles listed on her resume. Manrow has been a member of the city Planning Commission since 2010, served on the executive board of the Decatur Heights Neighborhood Association from 2004 to 2008 and was an advisory board member for the United Way of Metropolitan Atlanta. She was named civilian employee of the year by the Georgia Jail Association in 2003.

In her previous job at the Georgia Department of Corrections, she litigated class action lawsuits over inmate conditions. She was also previously appointed as a special assistant to the Attorney General. She joined the Sheriff’s Office in 2001.

Mayor Patti Garrett said she plans to run for her commission seat again, and School Board Chair Annie Caiola and board member Lewis Jones plan to run for School Board again this year. School Board member Bernadette Seals recently announced she is not running for reelection, according to the Atlanta Journal Constitution.