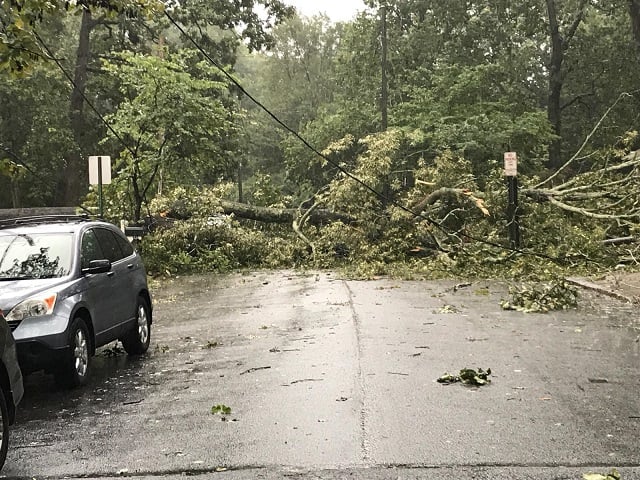 The city of Decatur is urging residents to be patient as it works to clear trees and assist in restoration of power to all residents.

The city is still recovering from Hurricane Irma, which was a tropical storm when it rolled through Atlanta. It caused widespread damage throughout DeKalb County on Monday and Tuesday.

“The City of Decatur experienced over 100 tree issues during the period when Tropical Storm Irma came through on Monday,” a press release from the city says. “Beginning yesterday (Tuesday) morning our priorities were to clear major transportation routes of downed trees and to work with Georgia Power to assist them in getting power on for as many residents and businesses as possible.”

The city is prioritizing restoration of power at four of the city’s schools.

“It is possible that the area in the western part of the City along West Ponce de Leon and East and West Parkwood area will not be addressed any sooner than tomorrow,” the city said. “We will continue to clear major transportation corridors and then begin moving later today to secondary streets.  It is likely that our work on streets will continue through the rest of this week.”

The city says many of its own staffers are still without power.

“While patience is running thin, please know that we are working to get things back to normal as soon as possible,” the city said.