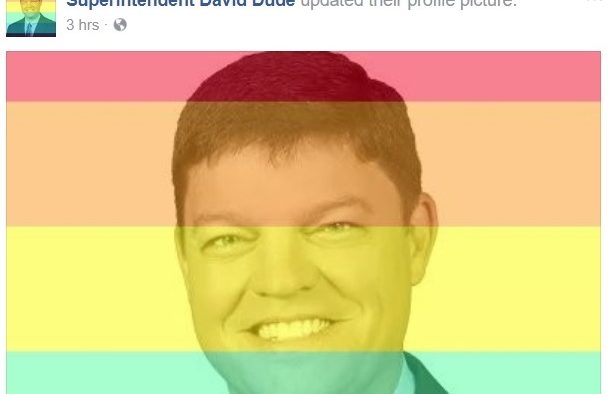 During the Sept. 14 Decatur School Board meeting three people calling themselves a parents’ coalition spoke out against the school system’s policies regarding transgender students.

The school system has had a policy protecting transgender students for at least 10 years. In a letter to City Schools of Decatur staff sent in July 2016, Superintendent David Dude told staff that he expects students to be addressed using their preferred gender identity and that students should be allowed access to facilities – like restrooms – and activities based on their preferred gender identity.

Dude did not issue a statement about the comments after the meeting, but on Friday updated his profile picture to include a rainbow flag, a sign of support for the LGBT community.

The gesture received an overwhelmingly positive response from City Schools of Decatur parents.

Decaturish left a message with Dude seeking comment and will update this story when he responds.