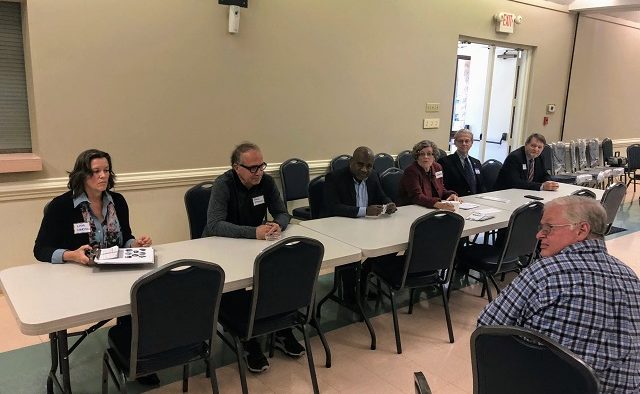 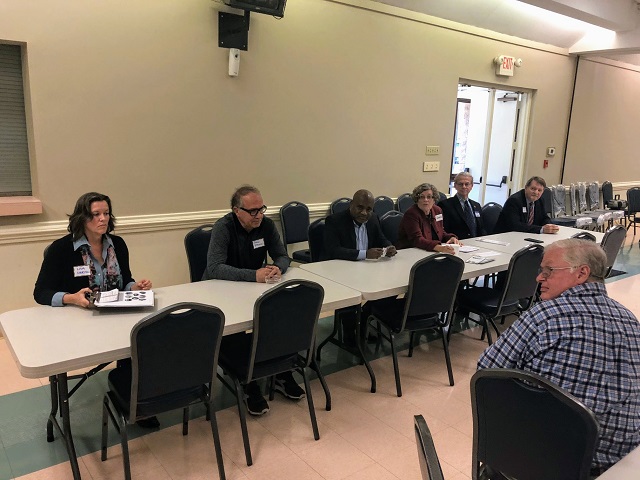 The candidates on hand were Joe Anziano, Paul Brown, incumbent Commissioner Terry Giager, Candace Jones, Lionel Laratte and Lisa Shortell. The winners will be the two candidates who get the most votes.

Each candidate introduced themselves and gave their reasons for wanting to serve on the City Commission.

Anziano, a real estate broker, wants to be part of “getting things done quickly,” which a sentiment shared by Giager.

“We are repeating what we did over the last 8 to 10 years,” Giager said.

Brown, an architect, wants to “focus on the master plan action items.”

That’s a view shared by Shortell, a teacher and founder of Second Century Avondale, who wants to create “better the communications between government and citizens.”

Laratte, a consultant to fortune 500 companies, said that he is “good at getting folks to get stuff done.” He plans to use his experience to help create ideas for downtown Avondale.

“We need to plan and act responsibly,” she said.

Led by moderator, Harry Vann from the Avondale Estates Men’s Club, the citizens attending the luncheon forum asked questions. Their main concern was annexation and how development will affect the city of Avondale Estates.

Anziano is not for additional annexation like the Forrest Hills neighborhood.

He, like the other candidates, explained that Avondale would need more commercial development to be able to add residential homes. Giager said he is not for annexation mostly because it would be an exhausting Legislative battle to get an annexation bill passed.

He did say “yes” to annexing the Avondale High School property and even the American Legion Building but neither property was annexed into the city.

Jones said annexation is a complicated process that should be guided by data. She is not in favor of new annexation.

Laratte said the city needs to answer three questions before annexing property: do we make money off it financially? Is it adding something to the ambiance of the city? And do the residents living there want to be annexed into the city?

Brown agreed that annexation should not be a “land grab” but a feasible consideration based on the master plan.

Shortell does not like the legislative process associated with annexation and said the city needs a larger commercial tax base to expand city limits.

The annexation question lead to a question about parking in Avondale Estates. The candidates agreed that a large parking garage is not the best solution. They all said the city needs more parking but each wants the focus on long term planning with prospective developers that keep one level, frontage parking for the city.

The election is Nov. 7 and early voting is underway. For information about polling times and locations, click here.