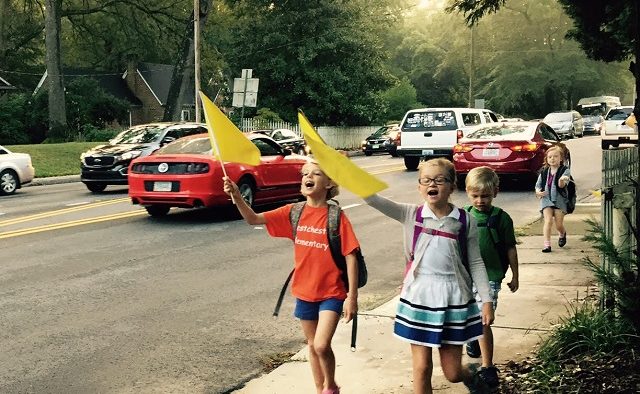 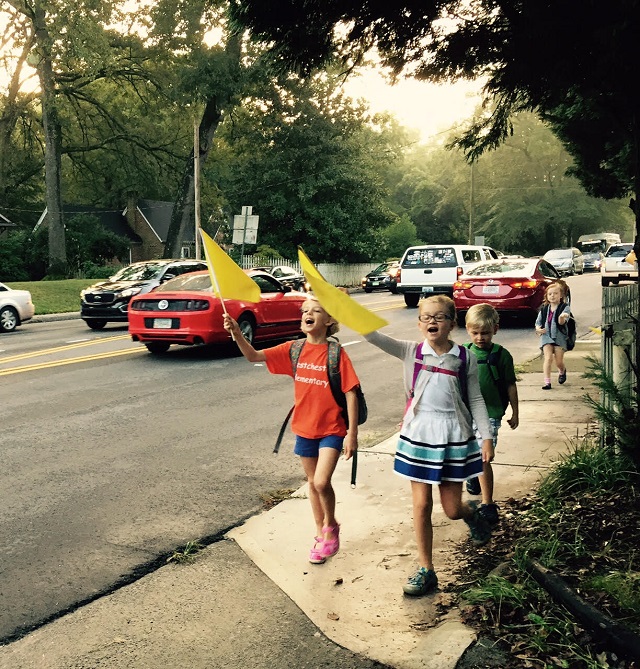 Update: The City Commission approved this at its Dec. 4 meeting. Here is our earlier story …

After years of lobbying, the parents at Westchester Elementary could soon have a crucial safety improvement to making getting to school easier for pedestrians.

At its regular meeting on Dec. 4, the Decatur City Commission will consider awarding a $15,000 contract to Foresite Group for design and engineering services related to the installation of a hybrid beacon on Scott Boulevard, the busy road in front of the school. The project is being funded with a grant from the Georgia Department of Transportation.

“The project consists of pedestrian crossing improvements, which include the installation of a pedestrian hybrid beacon, high visibility crosswalk along Scott Boulevard, curb ramps, signs and markings, and the possibility of a pedestrian refuge island,” a memo attached to the Dec. 4 meeting agenda says. “Per the grant, GDOT has committed to providing up to 70 percent of the construction costs to be funded during GDOT’s [fiscal year] 18. Anticipated completion of design and engineering services is April 2018, with construction to commence June 2018. The pedestrian hybrid beacon will provide greater connectivity of neighborhoods on either side of Scott Boulevard, expand the Safe Routes to School program at Westchester Elementary, and support the City’s Bike Friendly and Walk Friendly Community designations.”

Traffic along Scott Boulevard has been a running concern for Westchester Elementary parents almost from the time the school reopened in 2014.

Parents rallied and got the School Board to support additional safety improvements, like reducing the speed limit along the busy road and improving crosswalks and traffic signals. There’s now a trail linking City Schools of Decatur-owned property on Westchester Drive to the school so children don’t have to walk along Scott Boulevard

The Dec. 4 City Commission meeting will begin with a work session at 6:30 p.m., followed by the regular meeting at 7:30 p.m. The meeting will be held at City Hall, located at 509 North McDonough Street. All meetings are open to the public.