Annexation petition will be on Decatur City Commission’s agenda

Annexation petition will be on Decatur City Commission’s agenda 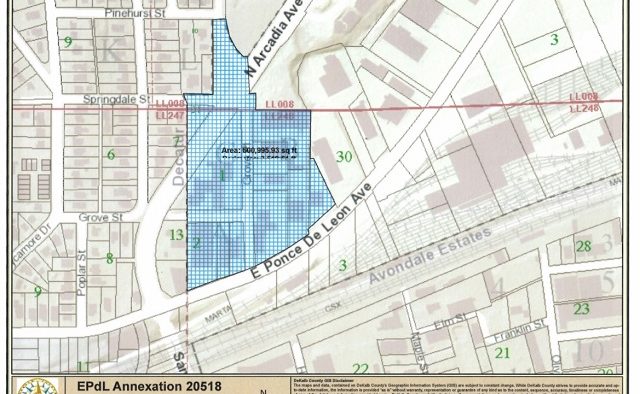 A petition to annex about a dozen parcels of industrial property into the city of Decatur will be considered at the Feb. 5 City Commission meeting.

The parcels are located along East Ponce de Leon Avenue, Grove Street and Grove Place. As several readers have noted, this annexation could be tied to a proposed Publix grocery store that has been met with opposition from the businesses around it. That proposal included an apartment development. It’s unclear whether the city would allow apartments to be developed as part of an annexation petition.

The annexation petition includes this map of the potential annexation area: 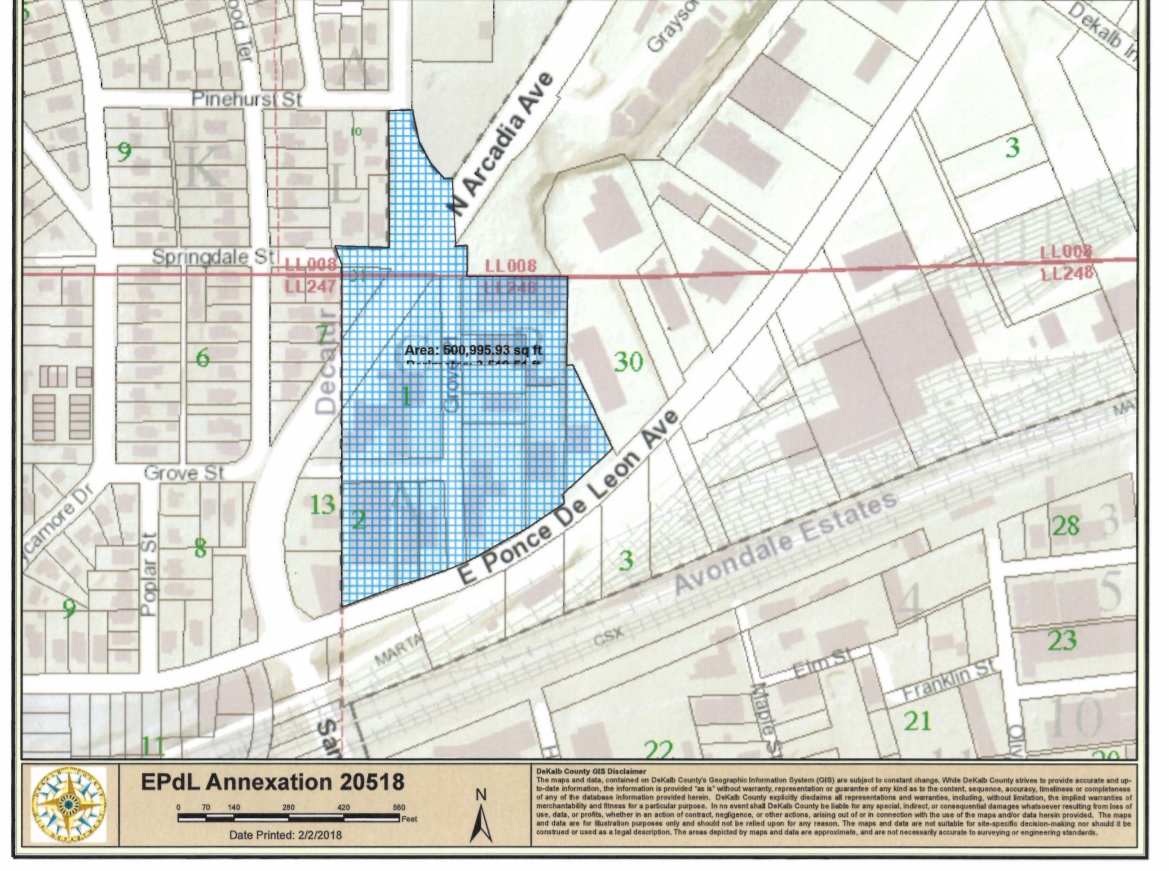 The property addresses are:

City Manager Peggy Merriss declined to answer questions about the petition ahead of Monday’s meeting.

“At this point it is only on the agenda to be accepted,” she said. “If the City Commission accepts it, we will then begin the process.”

The Feb. 5 City Commission meeting will begin at 7:30 p.m. and will be held at City Hall, located at 509 N. McDonough Street. All meetings are open to the public. To see the agenda, click here.

Clarification: This story has been updated to note that the attorney is representing the developers and had filed a petition on behalf of the property owners for this project.