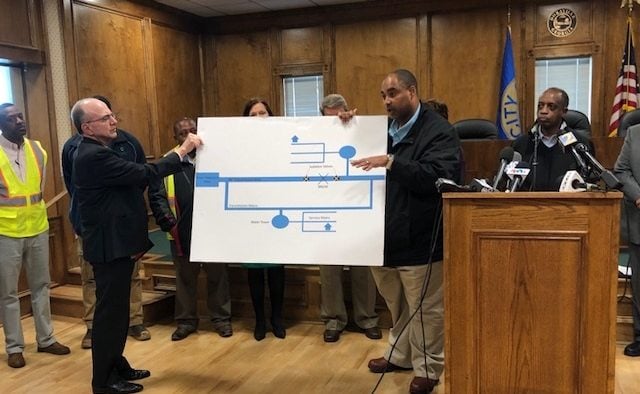 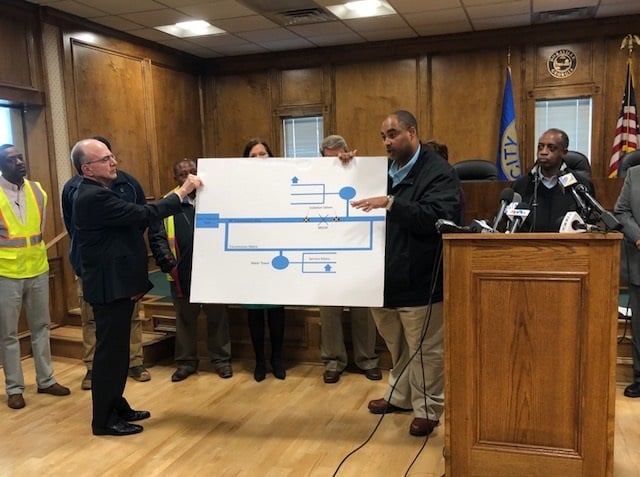 Pressure has been low since a water main break occurred on Buford Highway earlier Wednesday morning. It has forced DeKalb County and City Schools of Decatur to close for the day, as well as some restaurants and has disrupted services for any business that depends on water, like hospitals. Some local restaurants are open this evening, however, including Iberian pig, Victory ,246, Calle Latina and Leon’s.

It also forced the county to cancel a planned meeting of the County Commission’s Public Works and Infrastructure Committee. For more information about closures, click here.

The county is planning a “workaround” to bypass the 48 inch main break with the intention of restoring service within 24 hours. If the pressure issues continue, it is possible that school in DeKalb County could be delayed or cancelled on Thursday, March 8. But numerous residents reported that their pressure was restored early Wednesday afternoon, making school closures or cancellations on Wednesday less likely.

The rupture damaged about 60 feet of pipe. The county is planning to replace the pipe in question. A county-wide boil water advisory remains in effect. DeKalb County CEO Michael Thurmond said county was going to try to compensate the businesses on Buford Highway directly affected by the water spill.

The plan is to reopen Buford Highway by rush hour on Wednesday afternoon. The road could be damaged, however.

The county is bringing water tanks to help supply the Fire Department.

The county is not sure what caused the break. Officials said the pipe in question was not one of the county’s older pipes that was scheduled to be replaced.

DeKalb County Commissioner Jeff Rader said it’s too early to tell whether the break was caused by faulty infrastructure or something else. The last time a water main break caused this many problems was in 2015. In that incident, a water main break at Henderson Mill and Evans roads led to days of water quality issues and a boil water advisory that hobbled local restaurants because they couldn’t clean dishes.

“I think that each one of them is a different situation,” Rader said. “We don’t know yet what the issue is here.”

Decaturish asked Rader why the DeKalb County hasn’t built some redundancy into the system so water main breaks don’t hobble the whole county?

“There are two basic ways you can approach this,” Rader said. “One is to make our system redundant, which is expensive and is inconsistent with the way the county grew over time, and the other is to interconnect with other systems and be able to isolate problems and have the rest of the system working, I think that’s  a valid question as to whether we can make some structural improvements to the system that will limit the extent of impact when a main fails.”

The county published this update at 1 p.m.

DECATUR, Ga. – Earlier this morning, DeKalb Watershed crews isolated the break in the 48-inch water main near Buford Highway and pressure is slowly being restored throughout the county. Despite restoration, DeKalb County Watershed customers are still under a boil water advisory.

In order to protect the public from a potential health hazard, all customers that have experienced water outages and/or low water pressures are advised to boil all water prior to use for drinking, cooking, or preparing baby food. The water should be boiled for at least one minute after reaching a rolling boil. Customers should continue to boil their water until they are notified that the water system has been restored to full operation, and that the microbiological quality of the water in the distribution system is safe for human consumption.

Visit www.dekalbcountyga.gov for updates during the water main break event.