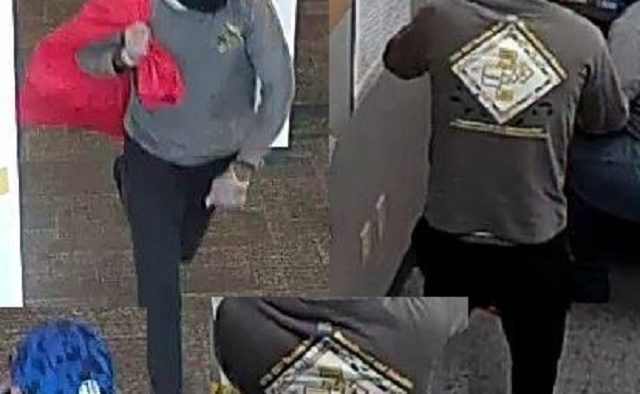 Images of the suspect, provided by Decatur Police.
Share 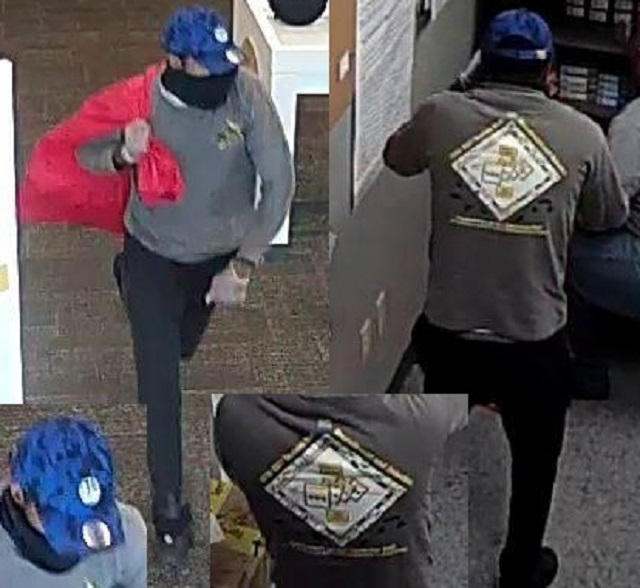 Images of the suspect, provided by Decatur Police.

A masked gunman walked into the Sprint store on West Ponce de Leon Wednesday afternoon and demanded that an employee fill his bag with Apple iPhones.

He fled on foot eastbound toward Northern Avenue. Police responded to the call around 12:41 p.m.

“Officers arriving in the area canvassed the surrounding streets, set up a perimeter and a K9 officer responded but was unable to track the suspect,” the Police Department said. “It is unknown if the suspect fled to a vehicle. The suspect was described as a black male, light complexion, mid-late 20’s, thin build, approximately 5’10” and 150 pounds, wearing a royal blue baseball cap, black face mask, long sleeve gray shirt with white logo, disposable gloves, black pants, black shoes, carrying a red bag with a white drawstring and armed with a black semi-automatic handgun. If you recognize this suspect, please contact Inv. Hensel at [email protected] or 678/553-6687 or contact Crime Stoppers Greater Atlanta at 404 577-Tips (8477) and remain anonymous.”

In July of last year, the Sprint store was robbed during a weekday afternoon. A suspect rushed toward an employee and implied he was holding a weapon. He demanded the suspect open the safe and he filled a bag with phones before fleeing.

In December, the Verizon store on West Ponce was hit twice, though one attempt was unsuccessful.