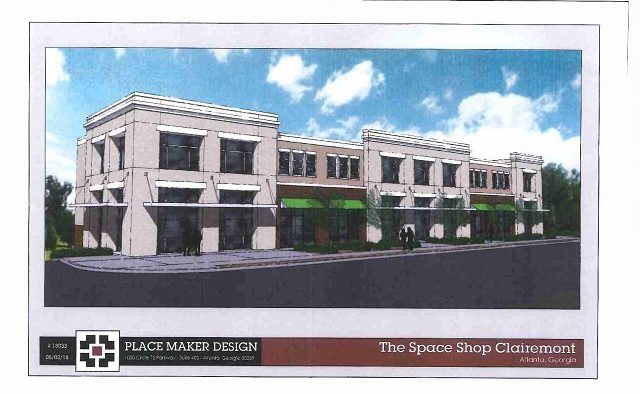 A rendering of the self-storage facility proposed for Clairmont Road.
Share 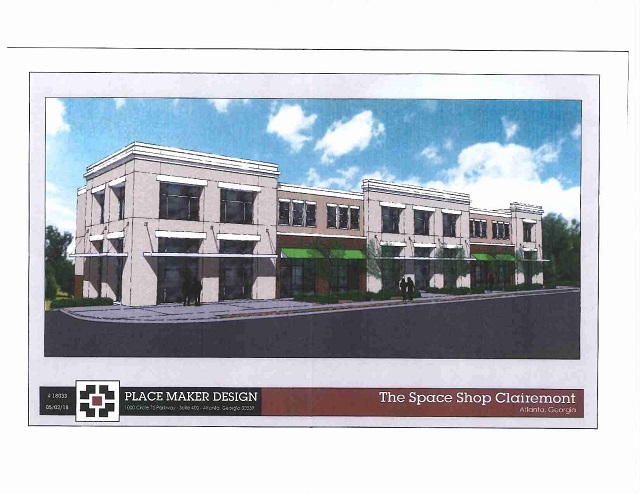 A rendering of the self-storage facility proposed for Clairmont Road.

UPDATE: Decaturish learned on July 16 that the developers are requesting a deferral at the July 16 meeting. Here is our earlier story …

For the second time this year, the Decatur City Commission will be asked to consider a rezoning application that’s also tied to an annexation proposal.

And, just like the last time, the Planning Commission has unanimously recommended denial.

This time around the project isn’t nearly as massive. Stein Investment Group wants to build a self-storage facility on Clairmont Road near the YMCA, which would require changing the zoning from residential to commercial and annexing land at 1121 and 1123 Clairmont Road into the city limits. At its June 12 meeting, the Planning Commission shot the idea down, saying the rezoning is a major change and a precedent setting one.

One of the residents opposed to the project, Jan Amann Rooney, said, “Residents are urging the City Commission to recognize the inconsistency of this project with the City of Decatur’s stated land use goals in the Decatur 360 plan which states that the historic land use and zoning policies adopted by past City Commissioners were designed to protect, preserve, and enhance the City’s residential neighborhoods and to limit commercial development to existing commercial areas.”

That application, along with the Planning Commission’s recommendation, is scheduled to go before the Decatur City Commission on July 16.

Last month, the Decatur City Commission ignored the Planning Commission’s recommendation to deny rezoning for a much larger mixed-use project near the Avondale MARTA station. The City Commission approved it in a rare 3-2 vote and approved annexing 11 parcels on east Ponce de Leon Avenue and Grove Place.

The process for approving the mixed-use project near the MARTA was odd because the commission considered annexing and zoning the properties to allow for the project simultaneously. The way it usually works is property owners petition the city for annexation, unconnected to any development proposal.

But for the second time in two months, the City Commission is being asked to do it again following another “no” vote by the city’s Planning Commission.

The Decatur City Commission’s July 16 meeting begins with a work session at 6:30 p.m. The regular meeting starts at 7:30 p.m. The meeting will be held at City Hall, located at 509 North McDonough Street, and it is open to the public.