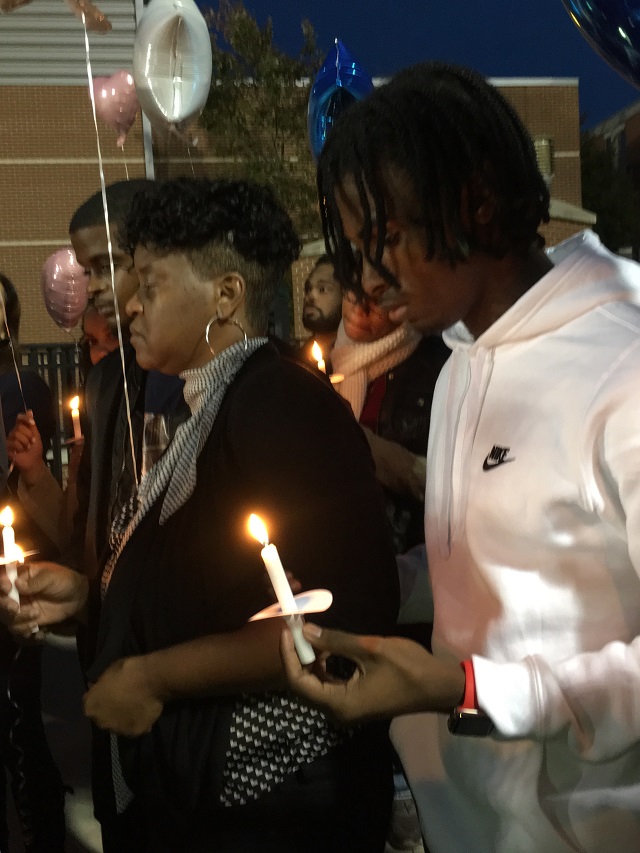 A candlelight vigil was held Wednesday night at Decatur High School in memory of Kennedy Segars, who was killed in a car accident on October 13.

Police allege the driver who caused the crash was intoxicated.

Kennedy Segars was born on Mother’s Day, May 14, 2000, at Northside Hospital.  In an interview Wedneday morning, her mother Quavada Moreland described her daughter as bright and vibrant, with a good work ethic.  “She knew what she wanted to do from a young age, and she worked hard.  But she was also very fun-loving.” 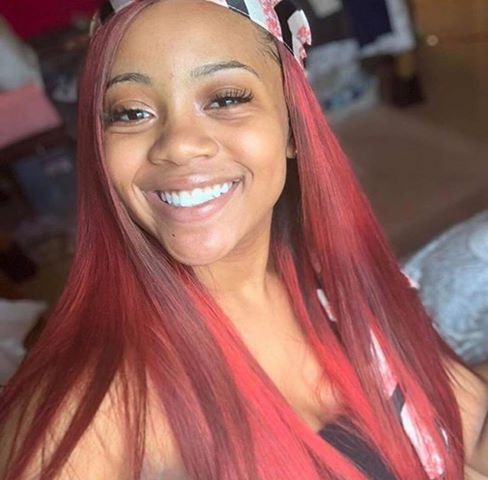 Through the gifted program Kennedy traveled to Yosemite, San Francisco, Jamaica, Haiti, and Hawaii, She participated in Decatur High School’s exchange program and spent three weeks in Germany during the summer between 9th and 10th grade.

She was captain of the Decatur High School cheerleading squad and was a cheer coach for 5-11 year olds at Decatur Recreational Center.  She also worked at MOD Pizza from September to May of her senior year

As a dual enrollment student at Decatur High School she graduated with a 4.0 high school GPA and earned an associate’s degree in network systems administration from DeVry University.  She entered Alabama State as a sophomore where she intended to major in criminal justice in preparation for entering law school after graduation.

Kennedy Segars’ mother describes her as driven and ambitious but also very loving. “We were more than just mother and daughter, we were very close.  We were friends. To me she was the perfect daughter.”

Moreland said, “October 13 was my birthday, and that’s when the accident occurred. As I was rushing to the hospital for Kennedy, I got the news that my father had also passed. So it’s been hard. But I’m grateful for the years I had with Kennedy.”

At the vigil held in the Decatur High School football stadium, family, teachers, and friends echoed her mother’s description of Kennedy as bright, ambitious, and concerned with the welfare of those around her.

“She had a smile that could light up a room and confidence to boot,” said Jana Johnson-Davis, the parent of a long-time friend who had also been her 8th grade language arts teacher. “She made me want to be a better woman.”

“Every day we come here with the heart to educate our students to be better and to go on to do great things,” she said. “Every time I think about her, my heart breaks a little more.”

Her friends spoke of shared experiences and her concern for them.

“To you she was your baby, but we thought of her as a big sister,” said Mario Bembry. “We looked up to her.”

The Decatur High School Cheerleaders did a special cheer in Kennedy’s honor.

Struggling for composure, Kennedy’s father, Marvin Segars, thanked those present for their love and support.

“You can’t take loved ones for granted,” he said. “I never thought I’d be standing here.”