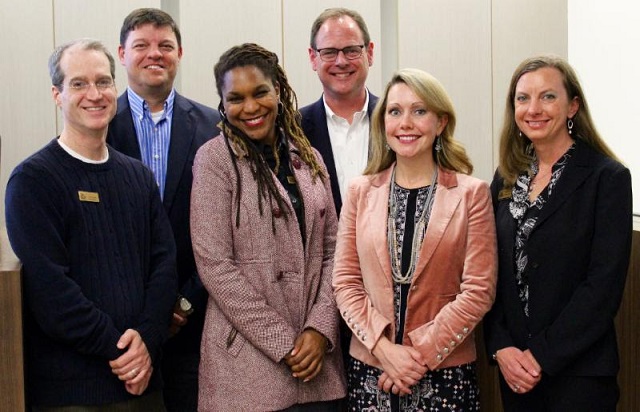 Parental and student concerns about racial disparities in student achievement and discipline raised by the Beacon Hill Black Alliance for Human Rights have been the main topic of public comment at the last two City Schools of Decatur Board of Education meetings.

At a work session on Nov. 5, members of the school board considered data on disciplinary incidents since 2015 and possible revisions to the student code of conduct.

“The goal is not to meet in the middle,” School Board member Garrett Goebel said. “The goal is proportionality. White students make up about 60 percent of the student body, so even if it was fifty-fifty, those numbers are still disproportionate.”

The percentage of black students in ISS proportional to the student population rose from 2016 to 2018.

However, the percentage of black students relative to the population being referred to out-of-school suspension dropped.

White students were consistently less likely to be suspended in proportion to their overall numbers.

All of the data put together suggests that black students are still being punished disproportionately at about the same rate, but that the severity of punishments has lessened as indicated by a drop in students being sent home.

Dr. Maggie Fehrman, CSD Executive Director of Schools, presented a review of the code of student conduct. She cited examples of how ambiguity in the rules can affect how students are disciplined.

As an example, sexual misconduct involving touching another student is considered a Level III violation, which would normally include immediate administrative referral and a lengthy suspension (more than 10 days).

However, “the most common misbehavior along those lines that you see in elementary school children is a student touching another student’s behind. Most people would not think that required a 10 day suspension.”

The code of conduct also does not currently distinguish between age levels, so that a fight between elementary school students and one between high school students is treated the same.

Her recommendations for revision of the code of conduct included clarifying major versus minor offenses, emphasizing due process, creating separate codes for K-5 and 6-12 students with age appropriate consequences.

Ferhman recommended a revision process with input from teachers, parents, and students.

“It’s not something that’s going to be done overnight but I’d love to have it done for the beginning of next school year,” she said.