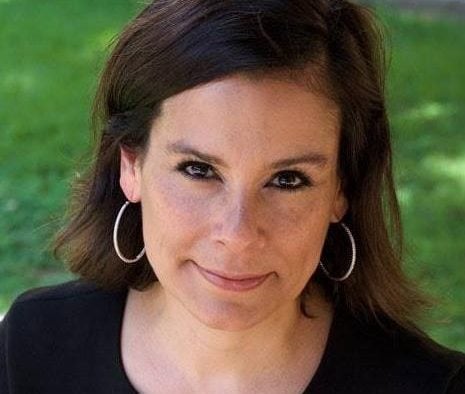 A day after the Atlanta School Board announced it would not renew a contract for Superintendent Meria Carstarphen, School Board member Michelle Olympiadis spoke to the Kirkwood Neighbors’ Organization.

Olympiadis was against the contract extension and gave several reasons why. Her primary concerns were about the school district’s finances.

APS fired back over the weekend, disputing many of the claims Olympiadis made.

Decaturish left a message with Olympiadis seeking a response to comments from APS.

Seth Coleman, the School District spokesperson, provided several responses to Olympiadis’ comments that were reported in the original Decaturish story.

According to APS, the district spends close to the state average per student.

“While I cannot reconcile these numbers nor identify the source, in actuality, the percentage of the general administration function against the total budget for APS is within .03 percent of the state average,” Coleman said.

In the article, Olympiadis said the school district needs to allocate its money to kids who need it the most.

APS says it does this.

“We do have a large budget and we are able to directly tie nearly $194 million (23 percent) of the budget directly to students who need it the most,” the district said.

Olympiadis also made comments about the district’s student-based funding formula.

“The district receives only $3,977 per pupil from the state,” the school district said. “However, the actual total per pupil allocation from APS for each school ranges from $7,695 to $15,707.”

Olympiadis also suggested that some funds are not properly accounted for.

She said, “So, my question is, how did we get down to that number? What’s going on with the two-thirds plus that’s missing? How are we following that from the past to the forward so that we can ensure that we’re getting as much money as we can in our school houses to support our children, for the children that need us the most?”

The school district said her statements are incorrect.

“The statement that schools receive only $4,400 per student and that the difference between that amount and the incorrect $15,000 referenced from the state is misleading and confusing to stakeholders,” the school district said. “There are no ‘missing’ funds in the FY2020 budget.”

Olympiadis was quoted by another person in the story as saying that “no one’s telling” her where the district’s money is going.

APS says the school district has been transparent about where the money is going.

“Evidence of the transparency and work involved in our budget process can be found in more than 50 budget documents (in addition to our budget books and regular Board meeting materials) that have been developed and shared on the Budget website here,” the district said via its spokesperson. “Further, there are several Budget Commission meetings held by the Board throughout the school year. The Commission works in collaboration with the administration to make a recommendation to the whole Board for action in a regular meeting. Board member Olympiadis has voted to approve both budgets during her tenure.”