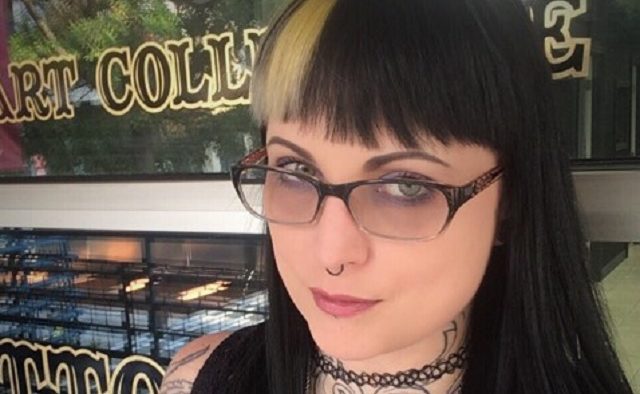 Tattoo artist Krystal Rogers will soon open her new business, Witching Hour Art Collective, in the city of Decatur following the Tucker City Council’s rejection of a permit for her company.

Since the Tucker City Council’s rejection of her special land use permit in July, Decaturish and the city of Tucker have been haggling over a records request that could shed light on why the council narrowly rejected her application. The dispute led Decaturish to file a complaint against the city of Tucker with the state Attorney General’s Office, alleging the city improperly inflated its fees to produce emails from the four council members who voted against the application: Noelle Monferdini, Michelle Penkava, William Rosenfeld, and Matt Robbins.

The complaint with the AG’s office hasn’t been resolved yet.

Rogers, who believes she was mistreated by Tucker, says Decatur has been gracious and welcoming to her business. Witching Hour will take over the Shaded Soul Tattoos & Piercing space at 340 West Ponce de Leon Avenue in Decatur. The shop is located above the Mellow Mushroom pizza restaurant.

“I’m disappointed in the whole Tucker thing,” Rogers said. “They wouldn’t give me a chance. Honestly, Decatur is a better spot for the shop anyway.”

She said Shaded Soul’s owner, Mike Choroski, decided to sell her the business after seeing what she went through in Tucker. Choroski will still be working at the shop on an appointment-only basis.

Rogers said Witching Hour should open on Oct. 13. The shop will be what she wanted to bring to Tucker’s Main Street: a tattoo parlor with an art gallery featuring work from local artists and makers.

“We’re not just tattoos,” she said. “There’s a lot more to it that’s appealing to everybody.”

While Tucker made her jump through hoops, she said Decatur’s process has been a breeze.

“Decatur’s such a rich, hip area,” Rogers said. “They were all so interested. Everybody was just super super nice with all my inspections and everything. They were crazy easy to work with. It’s really smooth sailing getting in here.”

The shop’s hours will be noon to 8 p.m., Tuesday through Saturday.

One of the main reasons given for Tucker’s rejection of Rogers application was the concept of her business creating a “proliferation” of certain businesses in the downtown area.

Although Tucker’s Planning Commission recommended approval of the SLUP, the city staff’s recommendation was against the establishment due to the proximity of an existing tattoo parlor, Diligent Lobotomy Tattoo, at 4213 Fellowship Road, Suite B. That location, just 900 feet from the proposed Witching Hour space, would lead to a “disproportionate proliferation of uses,” which is contrary to the guidelines listed in the city’s zoning ordinance, the staff report said.

City spokesperson Matt Holmes said that the city uses a “1,000 foot standard” to determine what proliferation is.

But if you’re looking for that in the city’s code, you won’t find it.

As it turns out, the Tucker’s code doesn’t actually define what proliferation is, city spokesperson Sonja Szubski confirmed.

“While proliferation is not defined in our code it is determined by the experience and expertise of our staff,” Szubski said. “All [special land use permit] SLUP applications go through a four-month long process including an informal and formal meeting with Staff, and input from Community Council and Planning Commission. All of which the Mayor and Council take into consideration when making decisions for what they consider best for the city of Tucker.”

The city responded on July 31. According to the state Open Records Act, “Agencies shall produce for inspection all records responsive to a request within a reasonable amount of time not to exceed three business days of receipt of a request.”

The city said the initial records request was taking longer “due to the amount of information requested.”

Decaturish narrowed the scope of its request to make it easier for the city to comply with. The city on Aug. 9 provided its first cost estimate for providing the records, saying it would cost $393 to produce the emails. The first estimate included $137 in copying charges. After Decaturish reminded the city that the law gives citizens the right to inspect records without copying them, Decaturish on Aug. 12 asked for electronic copies of the records to cut down on copying costs.

The city responded on Aug. 14 with a new estimate: $356. The city tacked on an additional $100 in attorney’s fees in its revised estimate.

Decaturish offered to pay the initial estimate, minus the copying costs and extra attorney’s fees because we believe the fees are arbitrary and the city is using them to improperly inflate the cost of producing the records. The city refused that offer and Decaturish took it up with the Attorney General’s office. The AG sent a letter to Tucker on Aug. 23, saying the city had 10 business days to respond to our complaint.

The Attorney General’s hadn’t responded to Tucker’s response as of Sept. 19.