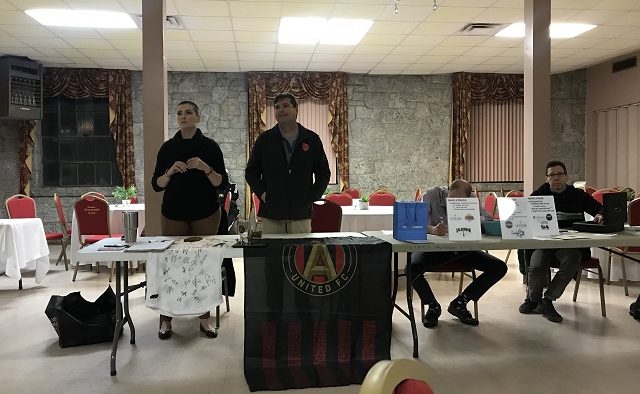 The Kirkwood Neighbors’ Organization at its Dec. 10 meeting heard an update from the Atlanta Police Department and voted on a donation to Friends of DeKalb Memorial Park.

The KNO voted to approve a $5,000 donation to Friends of DeKalb Memorial Park to match an existing grant.

Atlanta Police Sgt. Jonathan Dixon gave an update about crime in the area, as well as the retirement of Maj. Ricardo Vazquez.

Vazquez’s retirement is effective today and the police department has not announced his replacement. He was made the Zone 6 commander only a few months ago.

When asked about the retirement, a spokesperson for APD said, “Ricardo Vazquez has served APD ably and honorably in a variety of roles for 30  years. We’re very proud of him and wish him the best.”

Dixon said Capt. Antonio Clay will fill in, in the meantime.

Dixon said that Kirkwood is doing very well compared to other areas that have multiple issues.

“As far as 911 calls for service and overall car break ins, a lot of things are down. The only things we are seeing an uptick in, shouldn’t be a big surprise this time of year, is package thefts at front doors and residential burglaries,” he said.

He told those in attendance to look out for one another and pay attention to what’s going on.

Dixon added that if a resident sees a suspicious car outside of their house that hasn’t moved in a few minutes, it’s not a problem for an officer to swing by, turn on the blue lights and ask the driver some questions.

He also reminded residents again to be careful with packages during this time of year.

“Look out for one another and report any suspicious activity that you have,” Dixon said. “Any packages that you get on the front of your stoop, scoop them up as quick as you can or have one of your neighbors scoop it up for you.”