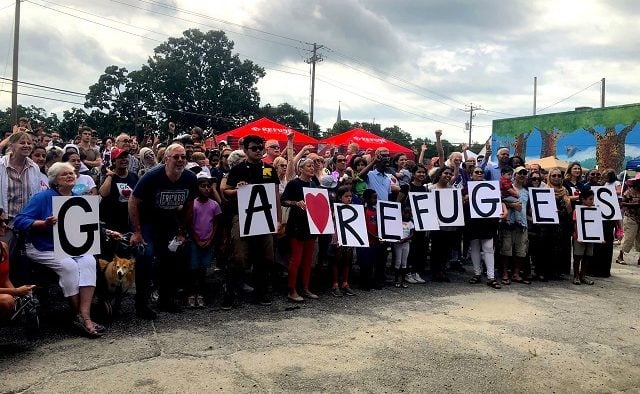 A scaled-back annexation proposal will be the topic of a Jan. 27 town hall meeting in Clarkston.

“The City of Clarkston will hold an official Proposed Annexation Town Hall Meeting on Monday, Jan. 27, 2020, 7 p.m., at the Clarkston Community Center to discuss the annexation of areas 3 and 4,” the meeting announcement says. “These areas are mostly within the 30021 Clarkston US Postal Zip Code and represent two areas that are adjacent and to the south and southeast of the existing Clarkston city limits.”

The Community Center is located at 3701 College Ave.

The annexation proposal will not involve North DeKalb Mall, an idea that attracted attention earlier this month before the City Council tabled the idea.

Following that meeting, Mayor Ted Terry proposed limiting the annexation proposal to just the areas of unincorporated DeKalb that have a Clarkston zip code but aren’t in the city limits.

The annexation map Mayor Terry proposes would annex 619 acres into the city limits.

Here is a map Terry provided. The areas under consideration are areas No. 3 and No. 4. To see a larger version of this map, click here. 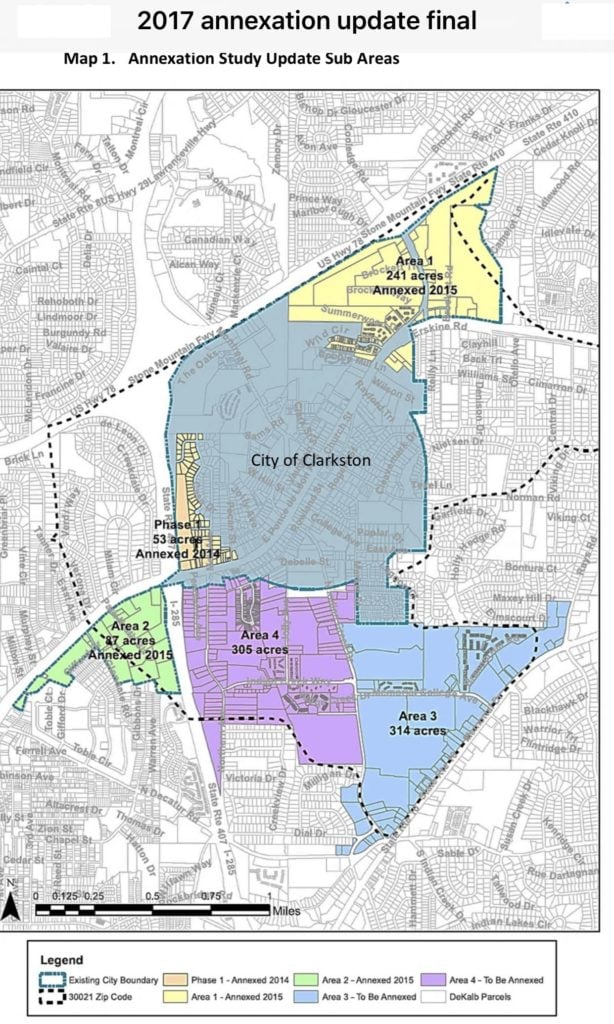 If the City Council approves a resolution supporting this annexation plan, it will be the first of several steps needed to bring these territories into the Clarkston city limits. The Legislature would have to approve a bill and then voters who live in these areas would ultimately have to approve it in a referendum.