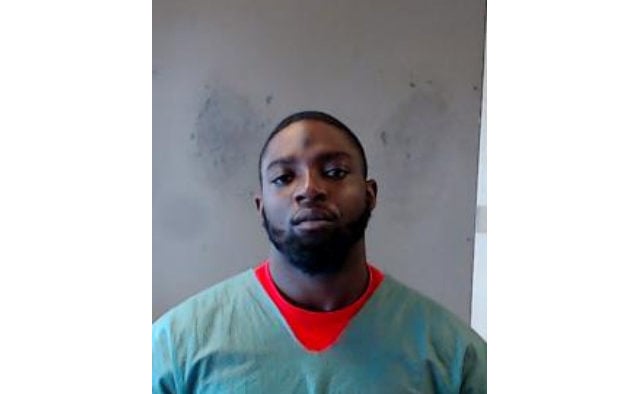 DeKalb County, GA — The DeKalb County Sheriff’s Office has arrested a man accused of stealing a 78-year-old man’s vehicle and using it to run him over. He’s accused of driving the vehicle in a hit-and-run incident at North DeKalb Mall that critically injured a 5-year-old.

“Lithonia, Georgia resident Tyrus Anthony Webster, 23, was located on Panthersville Road near Flat Shoals Road in Decatur, where he was taken into custody today on 17 arrest warrants,” the DeKalb County Sheriff’s Office said. “Mr. Webster is charged with the Murder of Basil Naylor at Wade Walker Park in Lithonia on May 31, 2020. According to the Murder warrant, Mr. Webster stole Mr. Naylor’s vehicle and ran him over several times, causing his death. Mr. Webster is also charged with the theft of Mr. Naylor’s cash and credit cards which were used in subsequent fraudulent transactions.

Police said on May 31 at 10:45 a.m., Naylor was struck and killed by a vehicle in Wade Walker Park. Police said the victim’s vehicle, the silver 2011 Hyundai Sante Fe, was stolen and used in additional hit-and-run collisions. The vehicle was located in Marietta, but the suspect wasn’t in the vehicle when it was found.

Police said at 2:15 p.m. on May 31, a vehicle matching the description of the one stolen in the earlier incident crashed into a family of six riding their bicycles at North DeKalb Mall. The driver critically injured a 4-year-old. The child is still in critical condition at a local hospital.

The motive is unknown, police said. Webster is currently in the DeKalb County Jail.

Update: A Go Fund Me for the Boy says he is 5 years old. This story has been updated to reflect this information.