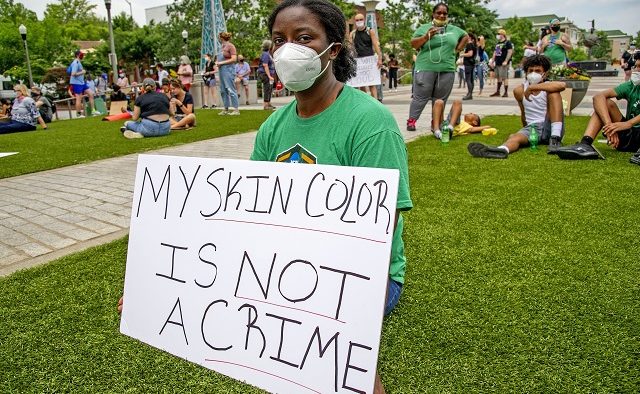 Decatur, GA — The Beacon Hill Black Alliance for Human Rights will hold a protest in the Decatur Square on Sunday, June 7 to discuss white supremacy and affirm Black lives.

The protest begins at 1 p.m. It will be peaceful. Everyone is encouraged to wear masks. The protest was announced the same day that a Black Lives Matter protest brought 1,000 peaceful demonstrators to the Square.

The Beacon Hill Black Alliance for Human Rights also is calling upon county and city leadership to immediately remove the Confederate monument in the Decatur Square.

Here is the full announcement:

Decatur, GA – After a Tuesday meeting with city leaders, the Beacon Hill Black Alliance for Human Rights is escalating its efforts to pressure Decatur Mayor Patti Garrett, and DeKalb County CEO Michael Thurmond to bring down the monuments of white supremacy in the Decatur city Square. In an email to the mayor and CEO yesterday, representatives of Beacon Hill said “these monuments continue to be flashpoints in a volatile time.” They added, “we would hope that serious consideration could be given to taking bold action. We believe that there would be widespread community support for our political leaders if they took this stand.”

Residents of Decatur have been working for almost three years on this issue beginning with a march through the city on September 10, 2017 led by our students and youth. At the march Decatur High School student, Mario Bembry said, “It hurts me to my soul to know that in my own city, less than a mile away from my home, there is something that represents such an evil time in history,” he said. After passing resolutions at the city and county level in favor of removal, we were unable to relocate the monument giving state legislators time to pass even more restrictive legislation preventing removal.

On May 29th, the Beacon Hill Black Alliance for Human Rights held a meeting on the steps of city hall to discuss recent racist incidents in the city which include a video of a white Decatur high school student making a racist threat, other videos by a white student using racial slurs, and a racist incident in the Oakhurst neighborhood where a white Decatur teenager confronted a black man at his house. Mawuli Davis, Beacon Hill co-chair called on the city to “invest in anti-racist, white supremacist work” to “root it out.”

“How can we expect students to act differently when the symbols the city allows to stand erect and our seat of power supports an ideology of the students’ behavior,” Beacon Hill board member Fonta High said. It is past time for city and county leaders to do what needs to be done, take bold and decisive action, and remove all these symbols of white supremacy.

Decatur Mayor Pro Tem Tony Powers said the city wants the monument gone, too. But it’s not up to the city.

“It’s not ours to take down,” he said. “It’s the county’s. We’ve told the county we’ve wanted it gone. So at this point, it’s theirs to take down. We’ve passed a resolution saying we want it gone.”

Mayor Patti Garrett noted that the state in 2019 actually made it costlier for people and governments to remove or damage monuments. Gov. Brian Kemp signed Senate Bill 77. Under that law, “Anyone who damages or removes a monument without replacing it will be guilty of a misdemeanor and required to pay damages triple the amount of financial losses suffered,” according to News Channel 9 in Chattanooga.

Decaturish received a copy of a June 4 letter sent to DeKalb County CEO Mike Thurmond by an attorney representing the Georgia Division of the Sons of Confederate Veterans threatening to sue the county for violating the law if it decides to remove the monument. A message has been left with the attorney seeking comment. 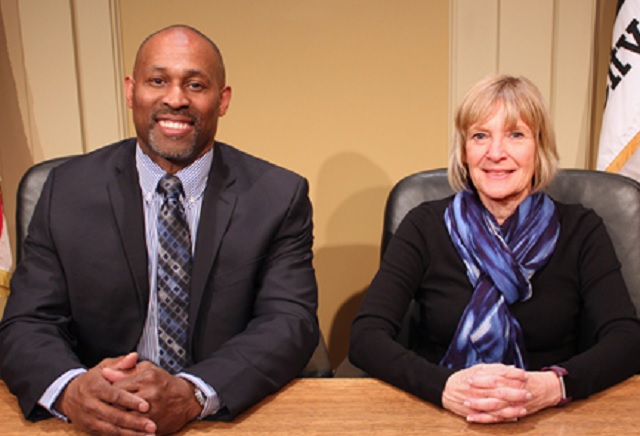 Garrett said she does not feel comfortable asking the county to break the law.

Garrett said the efforts would be better directed at lobbying the Legislature to change the law to allow cities to decide what to do with these monuments.

“It’s not just our monument that needs to come down. They’re everywhere,” Garrett said. “So what we need is a change in the law so that they can be taken down not just in Decatur and DeKalb County. We need these things to be addressed.”

Thurmond’s office did not immediately return a message seeking comment.

The city of Decatur sent out a press release on June 4 about recent racist incidents in Decatur, but the press release did not mention the possible removal of the monument. Here is the full statement from the city:

A Message from the Decatur City Commissioners

We are angry, outraged, frustrated and sad about recent events including the killing of George Floyd by a Minneapolis police officer, the shooting of Ahmaud Arbery in Glynn County and the blatantly racist videos created by teens and youth in the City of Decatur.

Decatur, we can do better; we will do better.  At our meeting on June 1st we pledged at least $50,000 in the current year’s city budget to fund community anti-racist education and training.

Talk is not enough. We have to restore trust. We need to hear the stories of people of color before we can move forward. We need to take the training, listen and move the needle in our community.

We need to act with purpose to root out racism where it lives and shine a light on the path we can take together. There is always more that we can do and all of us together need to do this. We need to push the conversation on this pervasive issue as we strive to create a culture of anti-racism within our community.

We are participating in an ongoing collaborative dialogue with community partners including City Schools of Decatur, Decatur Parents Network, Beacon Hill Black Alliance, Decatur Prevention Initiative, Better Together Advisory Board, and Decatur Education Foundation to design a town hall meeting. We pledge to work with DeKalb and State elected leaders to remove symbols of hate from the city. And, we plan to increase our commitment to listening to each other, learning from each other and through meaningful conversations as a community identifying other actions that will make a positive, long-lasting difference in our city.

We are proud of our Decatur community that came together this week to peacefully protest and set an example of how anger and sadness can be expressed with love and compassion.  We are also proud of our Police department who protected all protestors and treated all with empathy and respect.

The Decatur community values every individual and strives to create and maintain a place where everyone feels welcome and safe. We will use this as an opportunity to show how Decatur can become stronger and better through adversity and we invite the community to join us as we move forward.

Decaturish has learned about two local protests announced for Friday, June 5. The protest is being organized by Twitter user @taykm98.

This Friday from 4-7 pm we will be gathering in front of the Confederate Monument in Decatur Square to advocate for #BlackLivesMatter and to bring justice to those we have lost as a result of white supremacy.

There’s also a protest planned at Emory University on June 5. 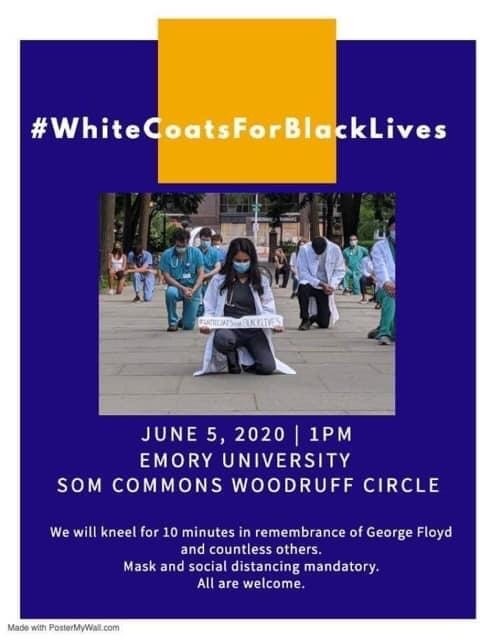 The Lindmoor Woods community in greater Decatur held a peaceful protest along Lawrenceville Highway on June 2. The organizers sent photos from that event. 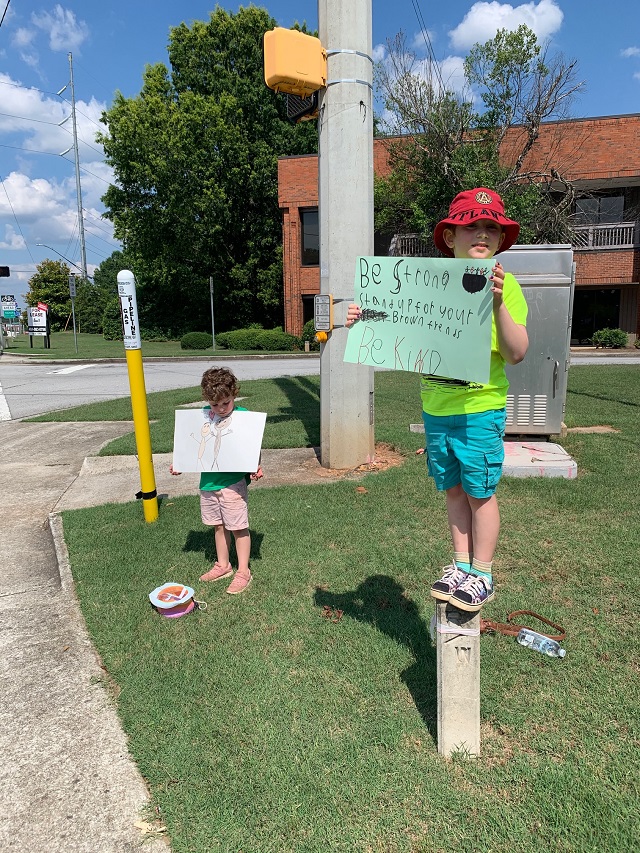 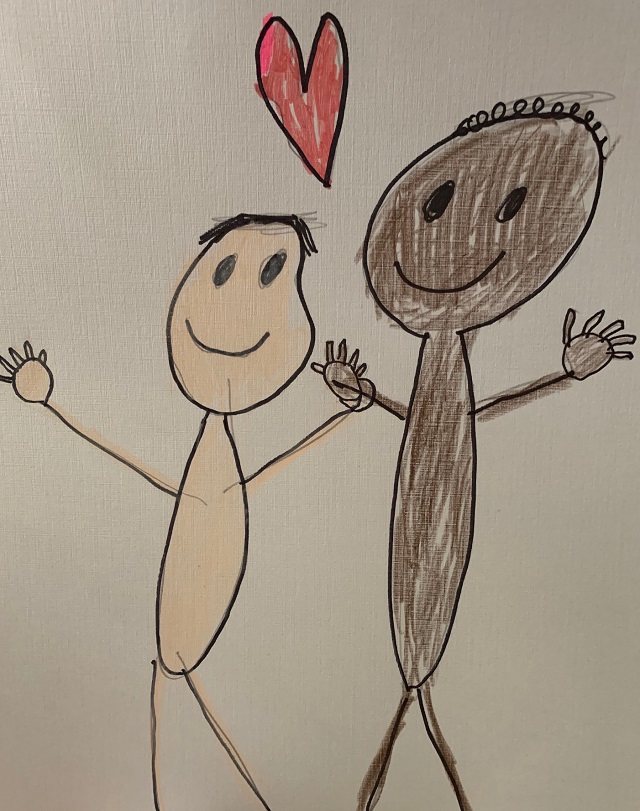 A sign held by one of the demonstrators. Photo provided to Decaturish 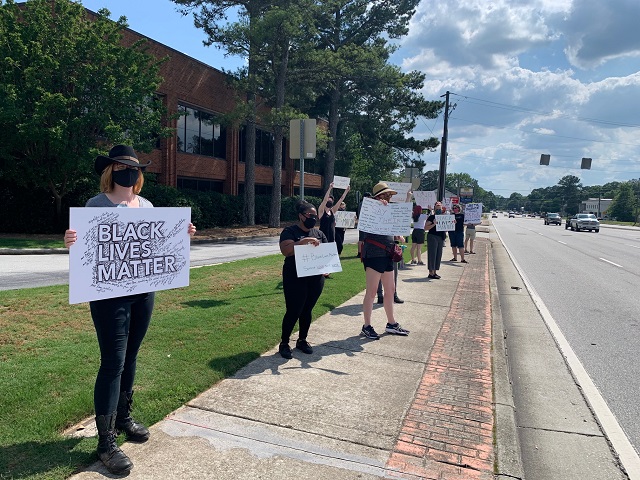 Correction: An earlier verson of this story misquoted Mayor Patti Garrett. This story has been updated with the correct quote.