Driver cited in Decatur after hitting cyclist riding with child in tow; no injuries reported

Driver cited in Decatur after hitting cyclist riding with child in tow; no injuries reported 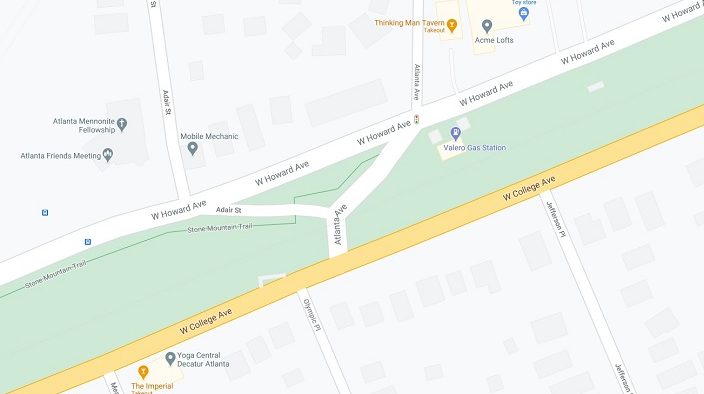 Decatur, GA — Decatur Police say a driver was cited and a cyclist and their child were unhurt following a collision on Friday, Sept. 4.

Police responded to the call around 5:59 p.m. The incident occurred at West Howard Avenue at Atlanta Avenue, around the same spot as a Sept. 3 crash that sent a cyclist to the hospital.

According to Sgt. John Bender, the investigation revealed that, “a cyclist, with a trailer carrying a child attached, was traveling westbound in The Path/crosswalk, crossing Atlanta Avenue. A gray Chevrolet Equinox was turning eastbound onto West Howard Avenue from Atlanta Avenue and struck the bicycle. No injuries were reported. The driver of the Chevrolet was cited for failing to yield to a pedestrian.”

In the Sept. 3 incident, the crash happened at the intersection of West College Avenue and Atlanta Avenue.