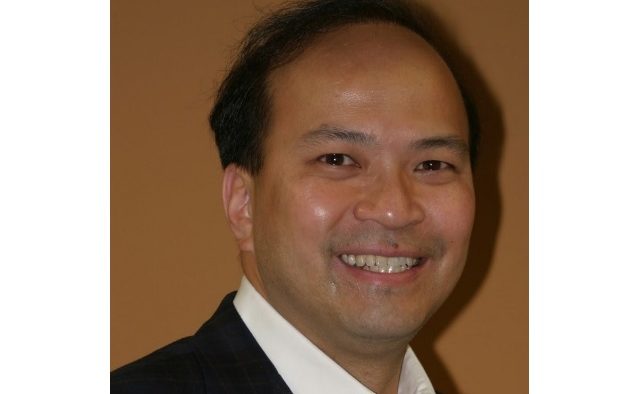 Decatur, GA — The DeKalb County Republican Party censured a longstanding member on April 17 in a move they call “a simple and unanimous decision.” The group denounced Baoky Vu, the vice chair of DeKalb County Elections Board who will complete his term in June, asking him to resign from his position.

Vu signed a letter in February, along with members of the DeKalb County Elections Board, speaking out against Georgia’s legislation to suppress voter participation. Fellow Republican and board member Anthony Lewis did not add his name to the letter.

In a letter to DeKalb GOP, Vu identified himself as a “pro-Democracy Republican, a proud Georgian and an American concerned about our Republic.” He said secure elections and voting rights should not be a partisan issue.

“Baoky Vu was censured by the DeKalb GOP as he was the sole Republican who stood with the DeKalb Democrats against SB202, enabling them to call their anti-election integrity proclamation bi-partisan. True Republicans put America First and not themselves. Censuring is not intended as a personal attack or repudiation, but as Georgians prepare for a highly contested election cycle, we deserve to be represented by Republican leaders that reflect the priorities of the Republican voters, and Mr. Vu demonstrated on multiple occasions that he does not. It was a simple and unanimous decision.”

McCarthy was a 2020 delegate at the Republican National Convention, and sat on the Voter Review Panel for DeKalb GOP in June, August and November 2020. Before the DeKalb Elections board, McCarthy challenged the legitimacy of 4,113 voters in December 2020.

Speaking for voting rights and election integrity, Vu said he doesn’t consider himself a hero. He’s just someone who wants to do the right thing.

“I’m a big boy, and I can dish it and I can take it,” Vu said. “Unfortunately, over the past weekend you had a number of counties with grassroots activists who went out and did a stupid thing. And that was to censure people who were trying to do their jobs and were upholding the most ethical and responsible actions in order to carry out those jobs.”

He added: “I was kind of amused that [DeKalb GOP] were thinking of me that day.”

“I think there are more important issues to focus on – you’ve got enormous challenges in this country, anything from foreign threats to economic competition and national security threats from the Russians. And yet, they have to spend their time and waste energy on censures against people who are trying to the right thing,” Vu said. “It is emblematic of the Republican party right now. It’s no longer the party of ideas. It’s about the party of grievance, the party of grifting.”

Part of his statement reads: “Over 45 years ago, my family left Saigon before the fall of South Vietnam to Communist North Vietnam. A unified Vietnam under Communist one-party rule has not held free and fair elections since 1975. I was taught never to take our precious freedoms for granted. This cause is personal for me. If men and women such as Pat Tillman and Humayun Khan were willing to die fighting to defend our American Democracy, then we must be willing to live fighting for it. While my time as a Board member of DeKalb’s Elections may be limited, I will not go quietly into that good night when our democracy is under assault.”

Vu has been receiving personal letters of support after releasing his statement. Supporters told Decaturish that Vu is dignified and respected.

Voting rights group Indivisible GA04 said, “Throughout his tenure at the DeKalb Board of Elections, Mr. Vu has shown integrity and great respect for our county’s voters. He has comported himself with integrity and dignity in spite of attacks by his own party. We look forward to his continued service.”

She said, “It is head-scratching that the DeKalb Republican Party would censure Baoky Vu, a longtime active member. At a time when the Republican Party needs to be growing its ranks, this move serves to further drive minorities and non-conspiracy-theorists from the party. In a county that already votes 85%+ Democratic, ideological purges are hardly the way for the party to build relevance.”