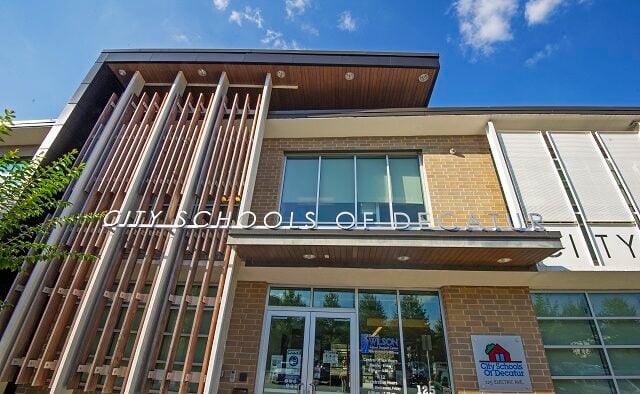 Decatur, GA — City Schools of Decatur has settled two lawsuits filed by former employees, including the one that ultimately led to a series of investigative articles by Decaturish published before the district’s previous superintendent, David Dude, left the district.

David Adams, the district’s former human resources director, and Cheryl Nahmias, formerly a Decatur High Instructional Coach/International Baccalaureate Coordinator, will each be receiving financial compensation after the school district opted to settle rather than take the cases to trial. Those settlement amounts are being paid by the district’s insurer. Decaturish has requested those settlement agreements.

“The lawsuit filed by Dr. Cheryl Nahmias against the School District, Dr. David Dude, Dr. Maggie Fehrman, and Dr. Kristy Beam has been resolved to the satisfaction of all parties,” the school district said. “The allegations were never ruled upon, but the insurance company for the School District made a business decision to settle all the claims to save the time, trouble and expense of proceeding with the litigation. The insurance company has paid the settlement amount. Dr. Nahmias has voluntarily resigned from the District. The School District thanks her for her fifteen years of service.

“The lawsuit filed by David Adams against the School District and Dr. David Dude has been resolved to the satisfaction of all parties. The allegations were never ruled upon, but the insurance company for the School District made a business decision to settle all the claims to save the time, trouble and expense of proceeding with the litigation. The insurance company has paid the settlement amount.”

The remaining lawsuit is the one filed by the mother of a girl allegedly assaulted in an Oakhurst Elementary bathroom is suing the district, alleging the district violated her Title IX rights.  The U.S. Department of Education’s Office for Civil Rights in 2020 concluded its investigation prompted by an allegation that a gender-fluid boy assaulted the girl in an Oakhurst Elementary school bathroom. The investigation, which began in 2018, could not substantiate that an assault ever occurred. It did, however, note that City Schools of Decatur did not follow the proper investigative procedures under Title IX, the federal law that protects students from discrimination.

Adams, the district’s former Executive Director of Staff Support, sued the district on Jan. 19, 2021. Adams alleges that Dude’s public statement about his departure from the district hampered his ability to find work and breached a non-disparagement clause of his severance agreement with the district. He alleges a central office shakeup in December 2019 occurred because the school’s finance director expressed concerns that Dude took more vacations than his contract allowed. Decaturish investigated these claims and found evidence to substantiate them. The School Board launched its own independent investigation of the claims, but declined to release the results, saying only the investigator found no evidence of criminal conduct. Following our investigative reporting, and the school district’s investigation, the Decatur School Board announced on April 27 it was parting ways with Dude.

Nahmias, formerly a Decatur High Instructional Coach/International Baccalaureate Coordinator, filed a lawsuit in federal court on Dec. 23 alleging racial discrimination and retaliation. Her son was filmed making racist comments, and the video became public in May 2020. She sued the school district after she was demoted and reassigned to a job within CSD’s central office. She claims the demotion was the culmination of a months’ long campaign of retaliation against her for sticking up for her son’s rights and for years of whistleblowing activities within the district.

Nahmias had been working as an instructional coach with the district and was involved with CSD’s virtual academy. But on Nov. 30, she announced to parents that she had resigned from the district.